After a rash of coyote attacks, local officials will cull up to 35 coyotes from a popular city park. 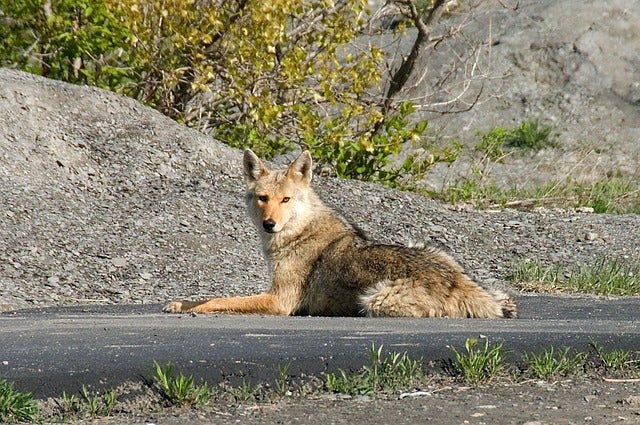 Coyotes generally have the sense not to mess with people—but not in Vancouver. PublicDomainPictures via Pixabay
SHARE

Coyotes have attacked humans, including children, in Vancouver’s Stanley Park, 45 times since December. City officials have now closed the 1,000-acre park to non-essential access from 7:00 p.m. to 9:00 a.m. to facilitate extensive trapping operations. The temporary night closure began Sept. 3 and will continue until “the risk of encountering an aggressive coyote has been significantly reduced.”

The attacks initially generated pleas from residents and businesses for the government to do something. At least two of the park’s Board commissioners publicly called for a major cull, according to the Vancouver Sun. Bill Tieleman, a political commentator, started a petition to “kick coyotes out of Vancouver before a child is killed” that has drawn more than 1,000 signatures as of September 9. In a recent post, Tieleman wrote that “this situation is completely intolerable—a park that tens of thousands of people depend on for recreation has been turned into a playpen for wild coyotes so habituated to humans that they now view them as prey.”

Tieleman says recommendations to avoid the park or carry bear spray were unacceptable and adds that coyotes are an invasive species with “no history in Vancouver.” He argues for the full closure of the park to execute a complete cull of all coyotes. “Until that is done,” he writes, “Stanley Park will be unusable to the very taxpayers who fund its staff and services.”

So far, seven Stanley Park coyotes have been euthanized by the B.C. Conservation Officer Service, according to the CBC. The latest coyote was killed after it approached within one meter of an officer shaking food in a container. The agency hopes to kill up to 35 coyotes at the park during the current two-week trapping effort. Coyotes will be caught alive and then euthanized. According to the CBC report, the “ongoing coyote attacks on humans, including children, and the feeding of the animals in Stanley Park has prompted the response.”

Repeated appeals for people to cease feeding wildlife in the area seem to have failed. F&S recently reported on a similar situation in San Francisco, where a woman was observed hand-feeding coyotes in a local park.