After determining that tranquilizing the buck wasn't an option, the officer decided to improvise 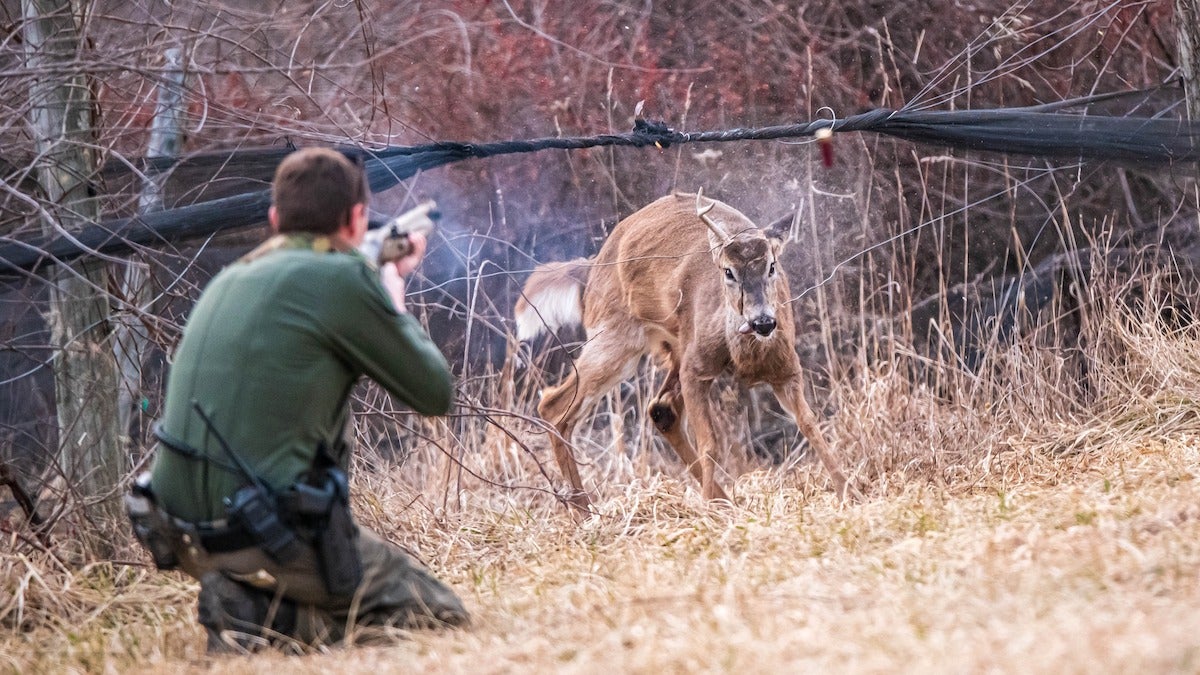 A Pennsylvania state wildlife officer shot a whitetail buck’s antler in half recently, to free the deer from a piece of netting. How the buck managed to get its antler tangled remains a mystery. But thanks to the officer’s quick thinking and exemplary marksmanship, the deer emerged from the incident unscathed.

On Monday, March 21, Officer Ryan Zawada, a warden serving with the Pennsylvania State Game Commission, responded to a report of a deer with its antler stuck in a net on a property in Berks County west of Allentown, PA.

“Given the [buck’s] state of distress … [Officer Zawada] was nervous that chemical immobilization was not a safe option for removing the deer from the net,” the Game Commission posted via Facebook. “He determined the best option was to shoot the caught antler off. After the shot, and one antler lighter, the buck ran off unharmed.”

The Game Commission did not comment on the firearm or type or ammunition used by Officer Zawada. However, based on one of the photographs posted on Facebook, it looks like he used a shotgun, possibly loaded with a slug.

Whitetail entanglement situations are nothing new to wildlife officers nationwide. Territorial and/or dominance disputes between bucks can lead to animals’ antlers becoming securely locked together. And antlered animals can often get caught in fences, hammocks, or, as seen in this case, netting.