The state's wolf population is "healthy and secure," according to the Wisconsin DNR 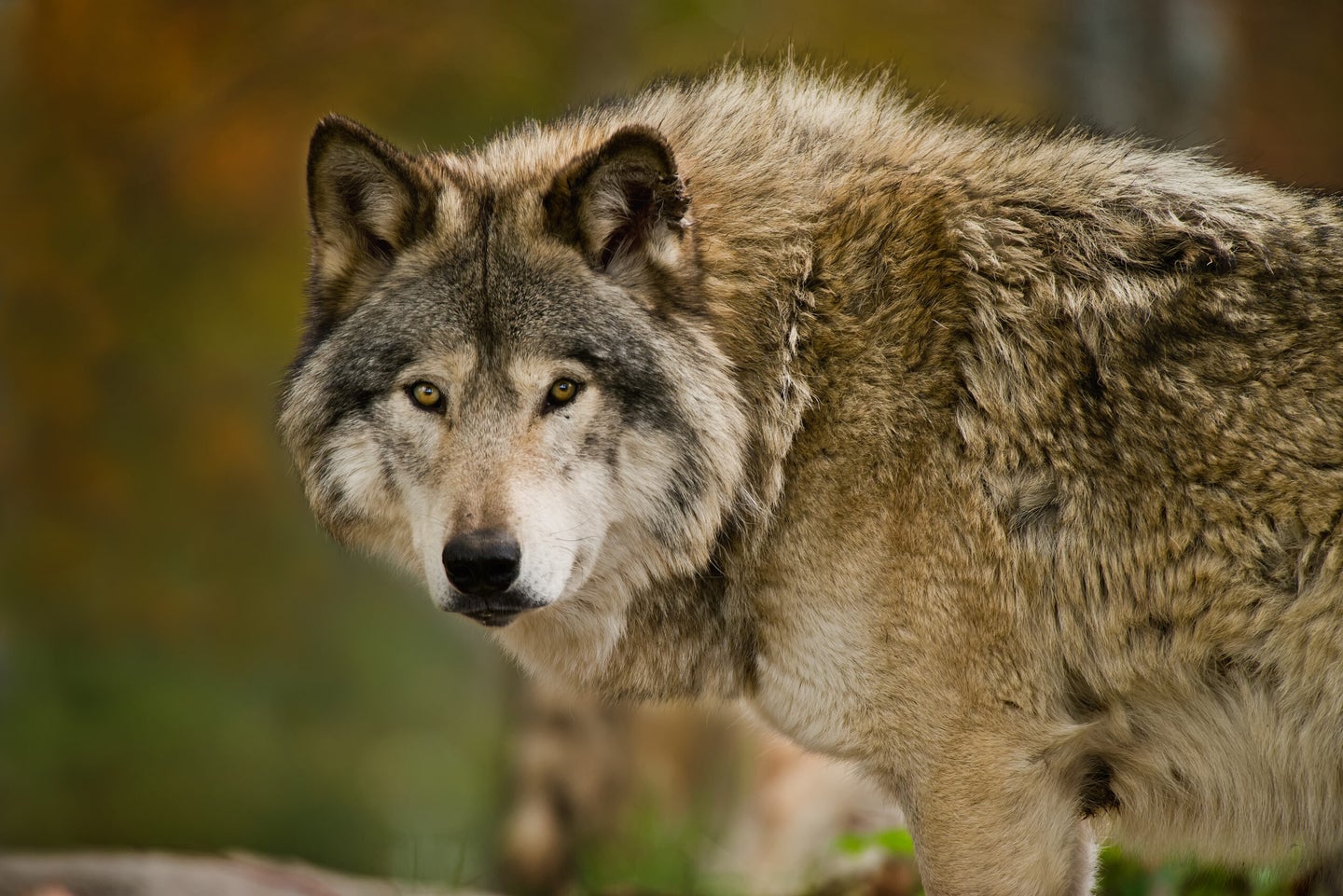 Wisconsin’s wolves are doing just fine. That, at least, is the main takeaway from the 2021-2022 winter wolf survey recently released by the Wisconsin Department of Natural Resources (WDNR). According to the report, there were approximately 972 wolves and 288 wolf packs in the Badger State last winter. Those numbers are a slight dip from 2020-2021 estimates, which were 1,126 wolves and 292 packs. The average size of the wolf packs also slightly declined, going from 3.8 to 3.2 individuals per pack. Even so, state officials say the recent survey results aren’t cause for concern.

“While the wolf population estimate is lower than the previous winter, the current population remains nearly as large and widespread as it has been in recent years,” explains the WDNR. “The observed decline does not indicate a wolf population in biological jeopardy.”

The winter survey is the first one undertaken since the 2021 February hunt, which came promptly after gray wolves were removed from Endangered Species Act (ESA) protections. The season generated heated controversy, largely because hunters and trappers took 216 wolves in three days, exceeding the WDNR-set quota by 82 percent. Months of lawsuits and political conflicts over wolf hunting in Wisconsin ensued.

Then, in February of 2022, a federal judge unexpectedly sided with animal-rights groups and relisted wolves under the ESA across most of the Lower 48, including Wisconsin, putting an indefinite halt on wolf hunting. The anti-hunting organizations that put forward that lawsuit had argued that state agencies were unable to sustainably manage wolf populations in the Midwest. The WDNR’s recent survey results appear to buck that claim.

“Even in areas where there was concentrated harvest, we still see wolf packs occupying generally the same areas,” WDNR large carnivore specialist told the Milwuake Journal Sentinel. “There are several indicators that the Wisconsin wolf population is healthy and biologically secure in the state, such as the distribution of packs and number of packs.”

The WDNR is currently working on updating its wolf management plan for the first time since 2007. WDNR officials are considering input from the state’s Wolf Management Plan Committee, tribal nations, and members of the public. Meanwhile, the Biden administration has not yet taken a firm stance on whether it will appeal the court decision to relist wolves under the ESA and attempt to return wolf management to state control.