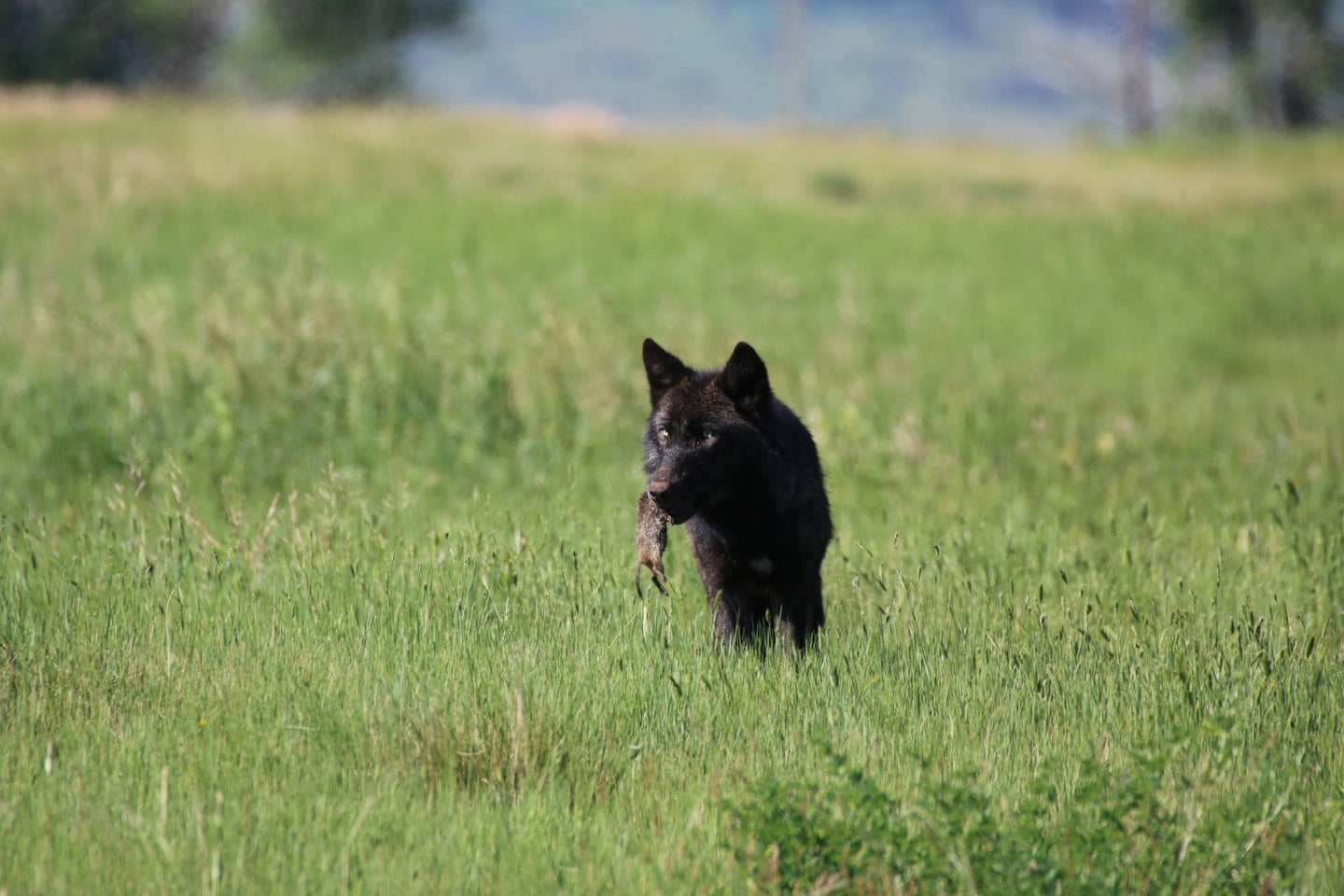 Wisconsin hunters will still have a chance to target wolves this fall. Lori Iverson / USFWS
SHARE

In a statement released on Monday, October 4, the Wisconsin Department of Natural Resources announced that the statewide harvest quota for the upcoming November wolf season will be 130 wolves, which significantly scales back the 300-wolf quota that the state’s Natural Resources Board approved in August. The latest move sets the stage for a high-profile standoff between the DNR and the politically appointed advisory board.

The DNR had originally proposed a quota of 130 wolves in July, a decision that came on the heels of a controversial February season. However, the seven-member advisory board considered the 130-wolf quota too conservative. Board members cited a DNR wolf-management plan established in 1999 that sets a statewide population goal of 350 wolves as justification to increase the quota to 300. The DNR says its proposal was issued under the guidance of biologists seeking to maintain the “long term sustainability of the [wolf] population.”

“The department is authorized by state statute and the department’s rules to make the final decision on the quota for the Fall 2021 wolf harvest,” reads the DNR’s recent statement. “In determining the quota, the department considered the best available information and scientific modeling, as well as the input from the Wolf Harvest Committee, the Natural Resources Board, and the many groups and members of the public who provided comments to the department and the Board.”

“They are not free to just do that,” countered board member Greg Kazmierski, as reported by the Associated Press. “It’s in violation of the statute that establishes the board. They’ve gone rogue, is what they’ve done.”

Meanwhile, controversy has surrounded the board itself over the refusal of the board’s chair, Fred Prehn, to step down after his term expired in May. The issue has led Wisconsin Attorney General Josh Kaul to bring a lawsuit against Prehn, arguing that “his attempt to remain on the Natural Resources Board indefinitely, in defiance of the will of the voters, is fundamentally undemocratic.”

The DNR recently refused to attend a scheduled meeting with the advisory board. Prehn then canceled the meeting.

Wisconsin’s Wolf Saga is Part of a Larger Drama

In September, the U.S. Department of the Interior said that federal protections may need to be restored for wolves, following several petitions for emergency protections by environmental groups and Native American tribes. The move was initiated in part to determine the impact of state-level policies on wolf populations. It now kicks off a year-long biological review of the species by the U.S. Fish & Wildlife Service to determine if returning federal protections is warranted.

As for Wisconsin’s upcoming hunt, the DNR will authorize 370 state-licensed hunters and trappers a chance at harvesting a wolf. The season will close once 74 wolves are taken. That number is significantly less than the official 130-wolf quota because, under long-established treaty rights, the Ojibwe Tribes claimed 56 tags. The Ojibwe consider the wolf sacred and will not fill any of the tags. The season opens on November 6.

Field & Stream will continue to monitor this developing story.