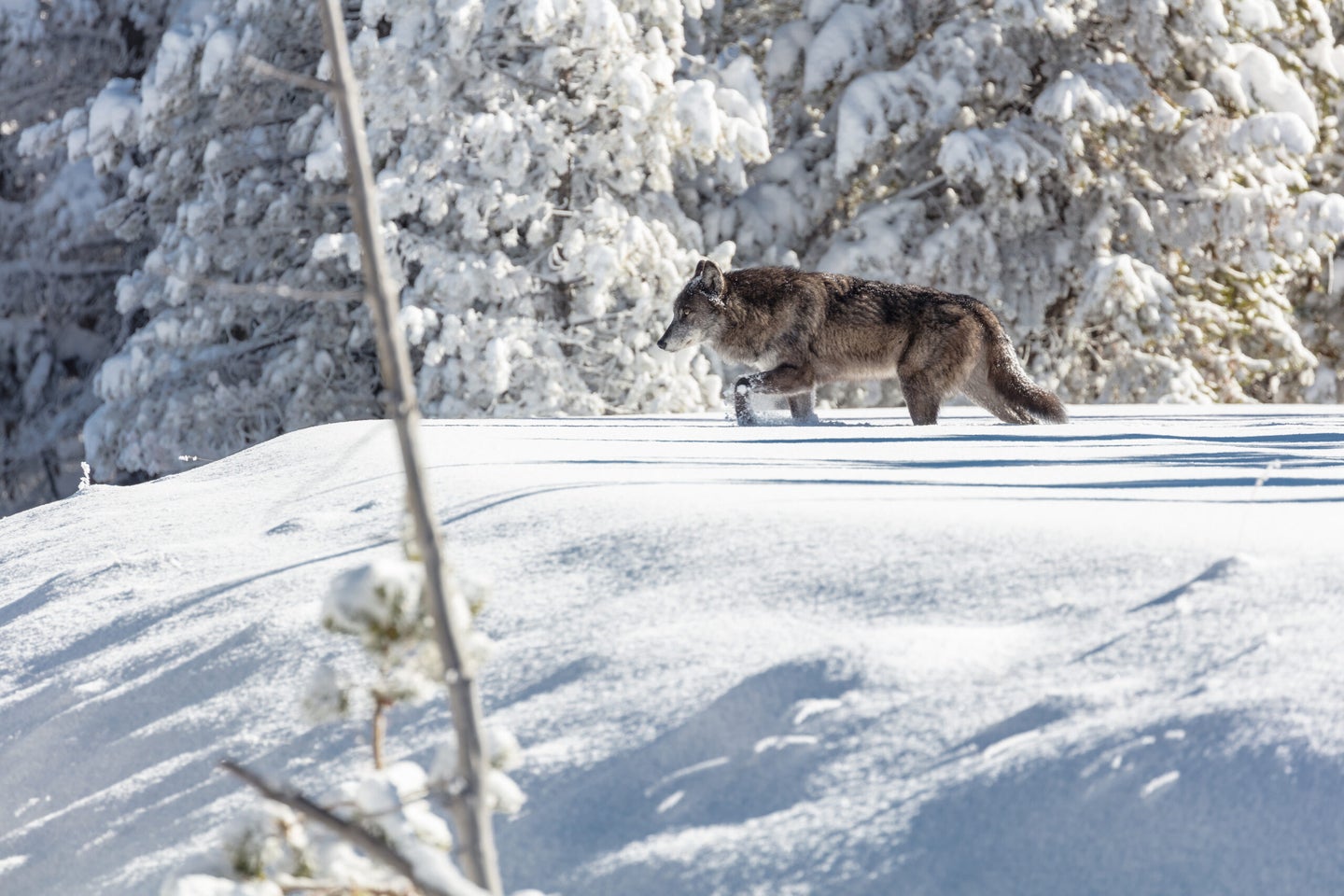 A judge has moved to block Wisconsin’s fall wolf hunt just weeks before the season was scheduled to kick off on November 6. Dane County Circuit Judge Jacob Frost issued a “temporary injunction” on Friday, October 22, just days before licenses were going to go on sale Monday, October 25. Judge Frost’s order resulted from a lawsuit led by a coalition of animal advocacy groups including the Great Lakes Wildlife Alliance, Project Coyote, Animal Wellness Action, and the Center for Humane Economy. The lawsuit focused on a Wisconsin state law that requires the state to hold an annual wolf hunt whenever the species is not listed under the Endangered Species Act. Frost said the law is constitutional—but that the Wisconsin Department of Natural Resources has failed to create permanent regulations to enact it.

“I’m not overruling the wolf hunt law. In fact, I’m saying it has to be enforced as it was written and intended,” Frost said, as reported by the Associated Press. “The DNR is currently not following the law or following the constitution. Its decisions are built on a faulty basis, meaning they can’t stand, either.”

Judge Frost’s injunction will likely remain in place until the DNR updates its regulations on how it determines its wolf quota, as well as implements a new wolf management plan, which is in the process of being created but was not expected to be completed until 2022. The existing wolf management plan hasn’t been updated since 2007. Hannah Jurss, an attorney representing the DNR, said that the ruling was “unquestionably a dramatic decision” and asked for a stay on the ruling pending an appeal; it was denied.

The latest ruling comes after a rushed February wolf hunt in Wisconsin, which was actually initiated through a court order following a successful lawsuit from hunter-rights organization Hunter Nation. Hunters then exceeded the quota by 82 percent, killing 218 gray wolves in just three days. Of the latest decision, Hunter Nation issued a statement with CEO Luke Hilgemann arguing that the DNR “must acknowledge state law and immediately appeal this case to the Wisconsin Supreme Court to get this matter cleared up.”

The Decision Follows Months of Controversy

The lead-up to this decision has been anything but smooth. Field & Stream has covered the Wisconsin Wolf Saga every step of the way:

Gray wolves were officially delisted from the Endangered Species Act in January 2021. However, the Biden Administration recently kicked off a year-long review to determine whether wolves need to be returned to federal protection. The Ojibwe Tribes have a pending federal lawsuit claiming treaty violations that also seeks to block Wisconsin’s fall wolf hunt.

According to the Associated Press, the Wisconsin DNR is currently reviewing Judge Frost’s injunction and has no further comment. It’s unclear what the agency’s next steps will be, nor if they will still try to move forward with a wolf hunt later in 2021.

F&S will continue to monitor this developing story.