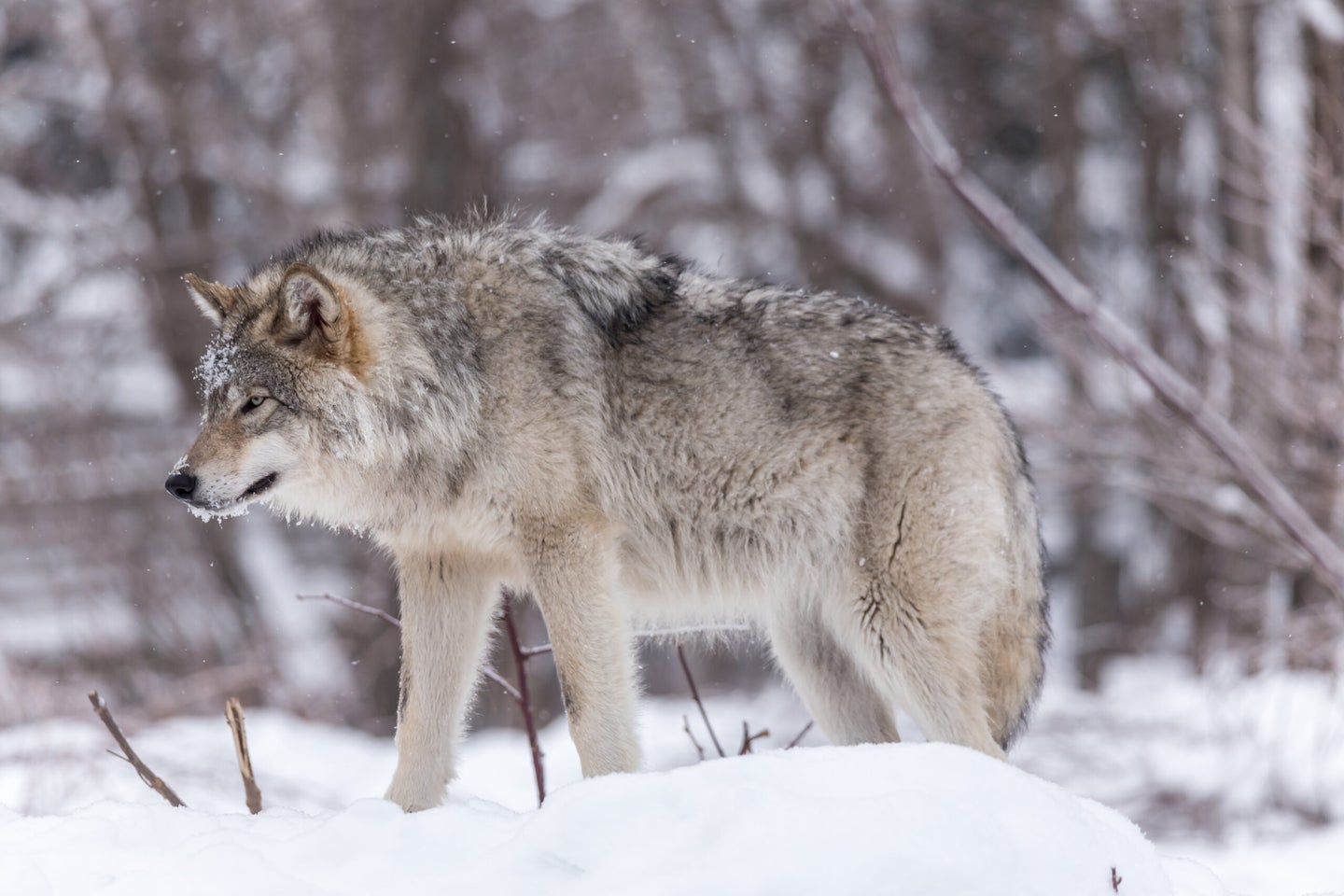 Wisconsin hunters who were hoping to put a tag on a timber wolf this past November were stymied when Dane County Circuit Judge Jacob Frost issued a temporary injunction on October 22, blocking the hunt just weeks before the season was to open. Now, those left hoping that the injunction would be temporary enough to allow a hunt before the end of February are stymied again, as a backlog of court cases will postpone final rulings until spring, effectively ending any hope of a wolf hunt this winter.

Animal-advocacy groups that sued to block the hunt are celebrating the delay. According the Sheehafer News, executive director of Friends of the Wisconsin Wolf and Wildlife Melissa Smith called it not just victory for conservationists but for hunters, as well. ”We do not believe hunters are on the other side of this issue,” she told the outlet. “Hunters are with us. Real hunters don’t kill wolves and real hunters are true conservationists.”

Hunters, it turns out, had something to say for themselves. Legislative liaison for the Wisconsin Bowhunters Association Mike Brust told Wisconsin Public Radio that wolves “need to be managed, and the only real way we have to do that is hunting and trapping.” According to Brust, hunters are disappointed that the state did not immediately appeal the decision.

Judge Frost’s October ruling came after a coalition of animal-advocacy groups filed a suit arguing that a hunt should not take place because the DNR’s wolf hunting regulations and wolf management plan—which has not been updated since 2007—are both out of date. The judge essentially agreed, and the DNR is now in the process of updating both. They do not, however, expect to have the new management plan in place before June. Meanwhile, the state still has appealed the temporary injunction as it awaits a final order.

This isn’t the only suit standing in the way of a Wisconsin wolf hunt, though. If the state injunction were lifted tomorrow, a federal injunction would likely take its place, stemming from a case brought by the Ojibwe Tribes siting treaty rights violations following the controversial February 2001 hunt. The judge in that case has indicated that he is ready to issue a ruling if anything changes with the state’s court oder.

Meanwhile, yet another suit could render all of the above moot and postpone any hunt indefinitely, as national animal-advocacy and environmental groups seek to overturn the Trump administration’s decision to remove wolves from the federal endangered species list. The Biden administration initially backed that decision in court, angering environmental groups, but it has since announced a year-long review of the wolf’s status and, in late November, released a memorandum of understanding on Indigenous Traditional Ecological Knowledge, expressing a commitment to engage with tribal leaders on a variety of policies, including wolf management.

In the meantime, Wisconsin wolf hunters are left waiting, at least until next fall. Stay tuned, as we will continue to provide updates on this developing story.