The accused poachers are facing jail time, thousands in fines, and lifetime hunting and fishing bans 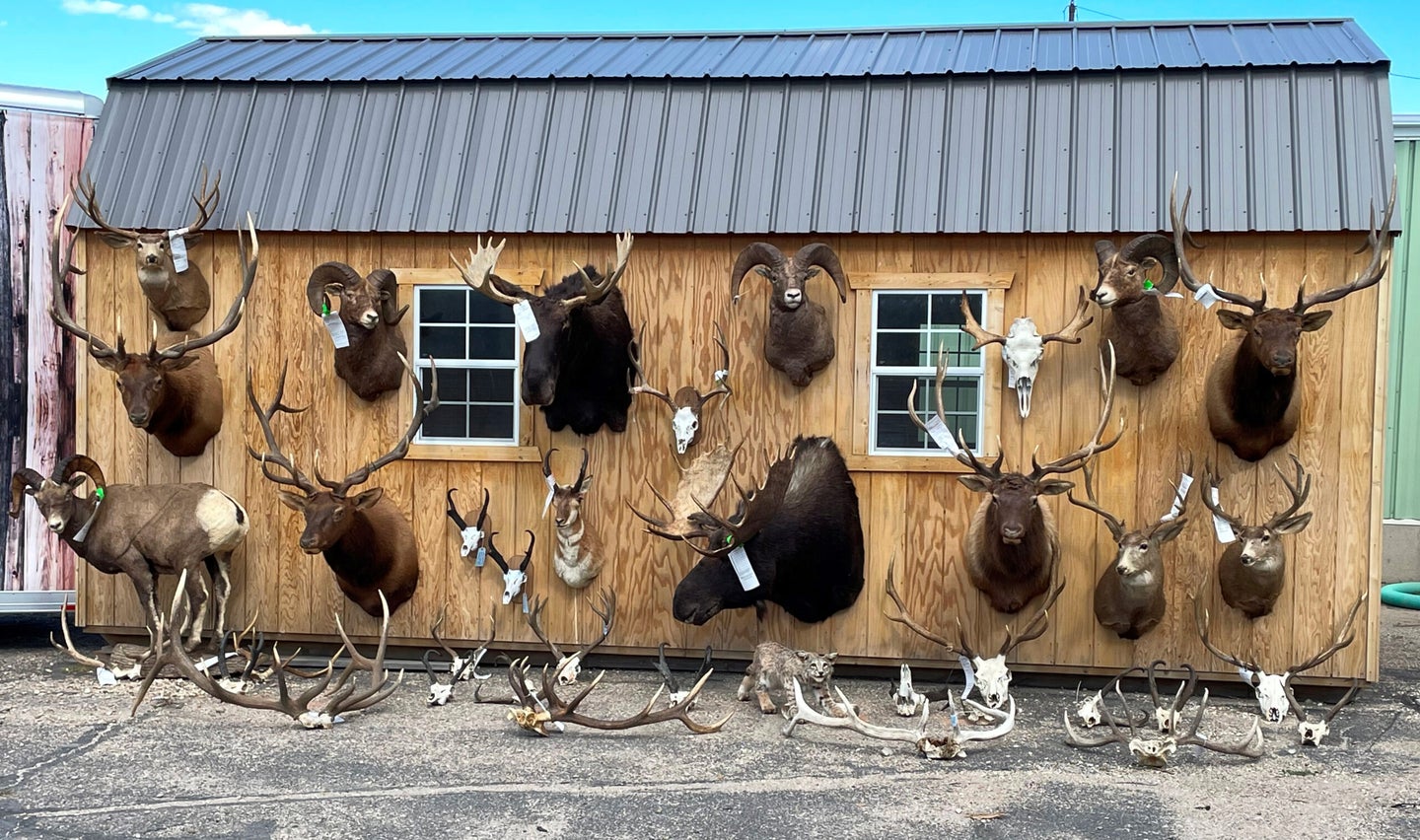 The extensive taxidermy collection confiscated from Russell Vick was displayed on the side of a shed by WGFD agents. WGFD
SHARE

Three men have been convicted in one of Wyoming’s largest poaching cases ever. According to a Wyoming Game and Fish Department (WGFD) press release, Russell Vick, Robert Underwood, and David Underwood were charged with more than 100 wildlife-related crimes after an investigation that spanned four different states and stretched all the way back to October 2015. The men were accused of poaching elk, moose, mule deer, bighorn sheep, pronghorn antelope, wild turkeys, and numerous other species. Punishments for their violations include more than $300,000 in combined fines and restitution, prison time, and lifetime hunting and fishing bans.

The investigation began in 2015, when Vick requested an interstate game tag for a deer head he was shipping to an Alabama address for taxidermy work. When a database search revealed that Vick—an Alabama resident—had falsified applications in order to obtain Wyoming resident hunting licenses, a game warden began looking into his activities. Initial investigations turned up poaching violations across four Wyoming counties and implicated Vick’s acquaintances, Robert and David Underwood.

In 2017, simultaneous search warrants were executed on Vick’s home in Alabama and the home of Robert Underwood in Edgemont, South Dakota. Those searches turned up a gallery’s worth of illegal taxidermy mounts and a mountain of digital evidence that linked all three men to more than 100 wildlife violations.

“Investigating and successfully prosecuting a case of this size and scope required years of effort by many individuals and agencies,” said WGFD Chief Game Warden Rick King. “Dozens of people worked hard to make sure that even though some of these violations occurred a decade or more ago, they would not go unpunished.”

Robert Underwood was charged with 35 wildlife violations that occurred between 2003 and 2012. He was linked to the killing or possessing of eight buck mule deer, two bull elk, and one cow elk. Underwood also made false statements on applications to procure Wyoming resident moose, bighorn sheep, wild bison, and mountain goat licenses for himself and his son, David Underwood. He was sentenced to 50 days in jail, issued a lifetime hunting ban, and hit with fines and restitution in excess of $50,000.

David Underwood’s 16 wildlife violations included the illegal take of buck antelope and pheasants. He also made false statements in order to obtain Wyoming resident hunting licenses for small game, game birds, and deer. His hunting privileges were suspended for 15 years, and he was fined $7,010 with an additional $3,000 in restitution.

Vick was sentenced to more than one year of prison time and his hunting and fishing privileges were revoked for life. According to WGFD, he is currently serving out his time in a state penitentiary in Rawlins, Wyoming. He owes $40,320 in fines and $32,000 in restitution.