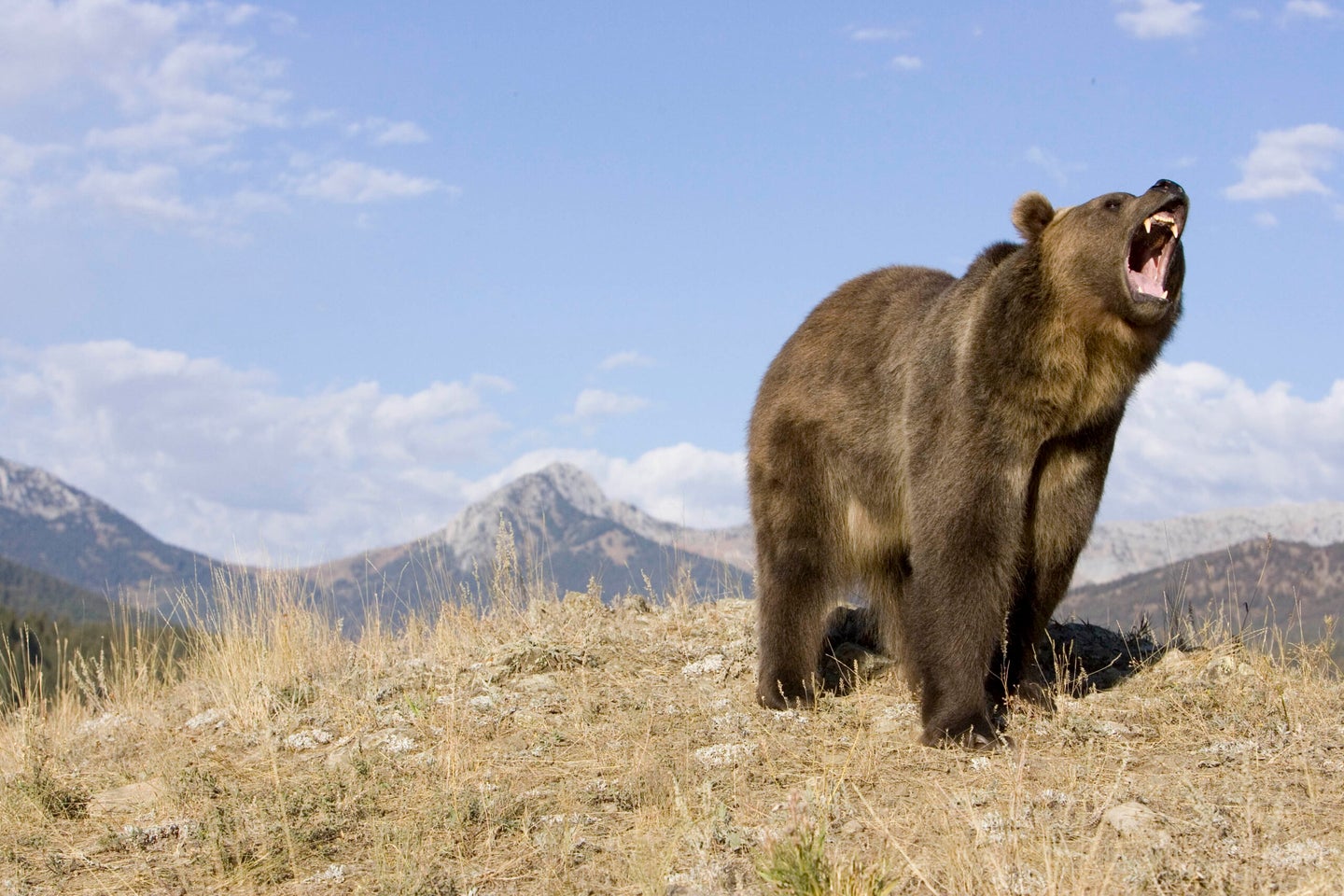 Grizzlies can weigh up to 800 pounds. Avalon/Universal Images Group via Getty Images
SHARE

The state of Wyoming is planning to submit an official request to the U.S. Fish and Wildlife Service (USFWS) to remove grizzly bears in the broader Yellowstone ecosystem from Endangered Species Act (ESA) protections. After submitting the formal request, the USFWS will have 90 days to determine whether delisting might be warranted—and then if so, another year to officially act on the matter. If removed from the ESA, grizzly bear management would revert to state control, effectively paving the way for the return of grizzly bear hunting to the Lower 48. The move would likely impact grizzly management in Montana and Idaho, as well as Wyoming, but not in any other states.

“This is a notable day of celebration not only for the grizzly bear but for Wyoming,” Governor Mark Gordon said in a press conference, as reported by the Cody Enterprise. “The Greater Yellowstone Ecosystem grizzly bear has met and exceeded all scientific benchmarks for recovery. We have proved time and time again that we are experts in wildlife conservation for our state’s valued and iconic species. It’s time for grizzly bears to be returned fully to the states for management, as our citizens have supported recovery efforts and seen monumental success.”

When grizzly bears were originally listed under the ESA in the Lower 48 in 1975, there were only between 700 and 800 bruins in the continental U.S. Today, there are over 2,000 animals, including healthy and sus tainable bear populations in the Greater Yellowstone and Northern Divide ecosystem bear restoration units. However, this March, the USFWS recommended keeping grizzlies listed as a threatened species after a 5-year review, chiefly because the Selkirk and Cabinet-Yaak ecosystems have vulnerable grizzly populations, and the Bitterroot or North Cascade ecosystems still lack resident grizzly populations entirely.

Wyoming’s latest effort comes after the USFWS twice tried to delist grizzlies in the Greater Yellowstone ecosystem in the past 15 years. Both of these attempts were overturned in federal court after lawsuits from animal rights and environmental organizations. A similar response would be expected if the USFWS moves forward with Wyoming’s request. The Center for Biological Diversity already released a blistering statement from Senior Attorney Andrea Zaccardi.

“Federal officials should reject this outrageous request, which aims to turn Wyoming’s imperiled grizzly bears into trophy hunting targets,” she said. “Wyoming, Idaho, and Montana have shown repeatedly that they’ll do anything to appease special interests like the agricultural industry and trapping associations. These states just can’t be trusted to manage grizzly bears.”

Grizzly bears are both larger and more aggressive than black bears. A recent F&S investigation details a jump in bear-human conflict, which includes incidents involving food, pets, and property, partly because of an increase in bear populations and partly because of the increase in people living and recreating in bear country.

In an interview that took place before the news broke on Wyoming’s plan to ask the U.S. to remove grizzlies from the ESA, long-time Montana Fish, Wildlife, and Parks Grizzly Bear Management Specialist Kevin Frey commented on the increased bear-human conflict in the area:

“For grizzly bears, we have documented an increase in the number of human-bear conflicts in areas like the Greater Yellowstone Ecosystem, where they have expanded their range about three-fold over four decades and increasingly occupy areas where human use and influence on the landscape is greater,” he said.

“We worked hard for geez, 40 years, to get them to recovery level,” Frey added. “We’ve met all the criteria years ago. What hangs up the delisting are concerns over other factors, but we’ve met the recovery requirements. With the safeguards that we have in place to make sure that the population doesn’t get into trouble and crash again, I think it’s fine. Yeah, grizzly bears should be delisted.”