The machine cost the National Elk Refuge $486,526, and it's capable of incinerating up to 550 elk per year 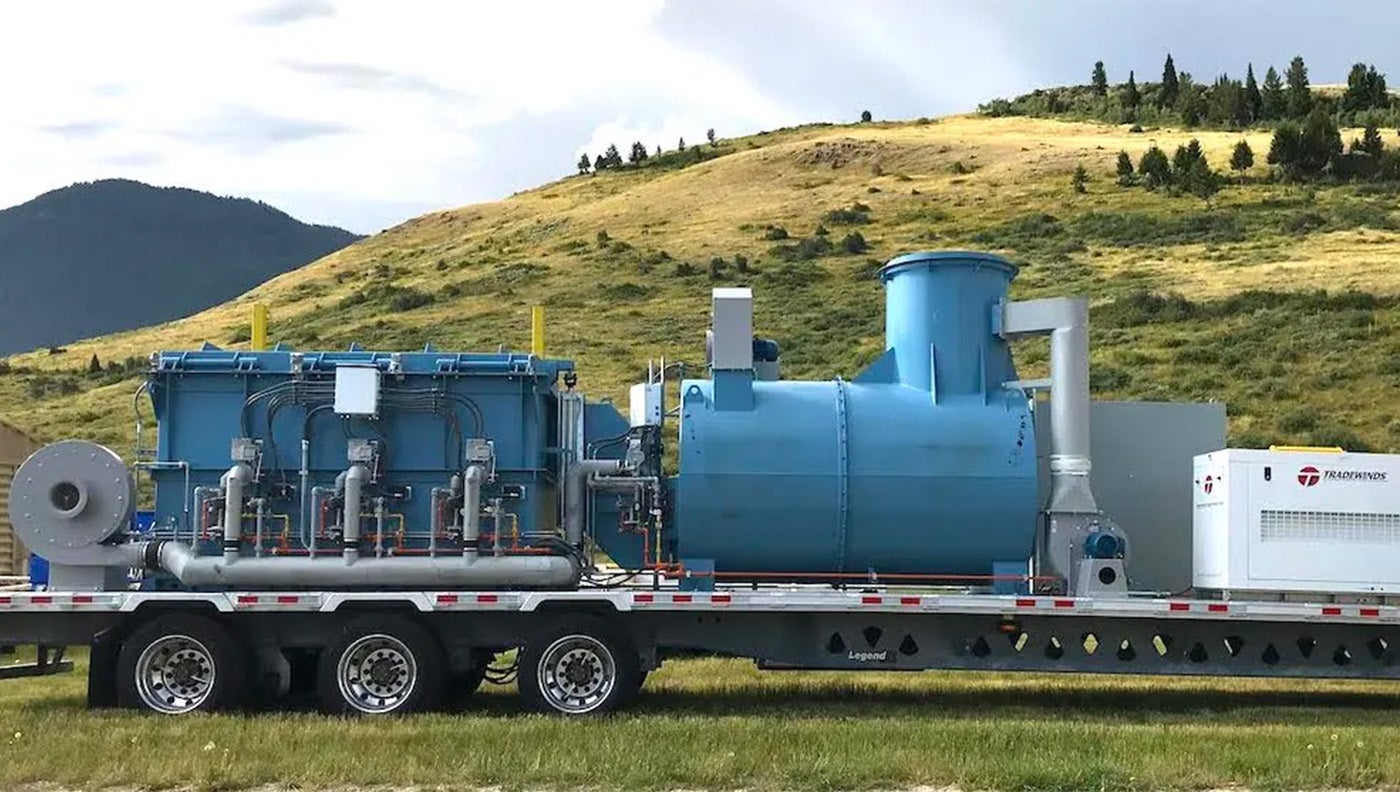 The unit will be operated in a part of the refuge that's off limits to public access. Eric Cole / National Elk Refuge
SHARE

A 24,700-acre elk refuge in Jackson, Wyoming has received a new piece of equipment. A famed wintering ground for a herd more than 11,000 elk strong, the National Elk Refuge (NER) recently received a 33-ton “mobile crematory for ungulates,” according to Wyofile. The crematorium, which arrived at the refuge on the bed of a semi-truck, will be used to incinerate the carcasses of elk possibly infected with chronic wasting disease (CWD).

CWD is an always-fatal neurological disorder of deer, elk, moose, and other ungulate species. It is transmitted through malformed proteins, known as prions, which can persist on soil, plants, and other natural substrates for several years at a time. One of the only known ways to render the disease-spreading prions inert is through incineration—hence the new crematorium.

While CWD hasn’t been detected within the bounds of the NER to date, the famous Jackson elk herd that winters there—and congregates in close quarters around supplemental feed—is known to harbor the disease. Local biologists and game managers in Wyoming think CWD’s arrival on the refuge may be imminent.

CWD cropped up for the first time in western Wyoming in December of 2020 when a hunter participating in Grand Teton National Park’s elk reduction program killed a cow elk infected with the disease. The discovery of CWD in such close proximity to the state’s 22 elk feed grounds prompted some people to wonder whether providing elk with supplemental feed in the wintertime is a good idea. The feed grounds keep elk out of ranchers’ hay when forage is scarce on the landscape, but the unnatural crowding of wild elk around a human-supplied food source could facilitate the rapid spread of CWD.

“Carcass incineration is part of the approved CWD response strategy,” NER Senior Biologist Eric Cole told WyoFile. “Any elk exhibiting CWD symptoms will be euthanized, sampled and the carcass will be incinerated.”

Roughly 7,000 elk are known to winter on the refuge, and workers are tasked with monitoring that herd for tell-tale CWD symptoms, including droopy ears, excessive salivation, severe lethargy, teeth grinding, and progressive weight loss. Because testing live elk for CWD is impractical, euthanasia and subsequent incineration are considered key tools for keeping the herd healthy.

Once a symptomatic elk is euthanized, it will be hauled into the incinerator with a front-end loader. Inside the mobile crematorium, infected carcasses will be burned at a temperature between 1,600 and 1,800 degrees Fahrenheit. According to Cole, no smoke will be visible from the incinerator chimney, and “it is not possible for those prions to go airborne” once burned at such high temperatures.