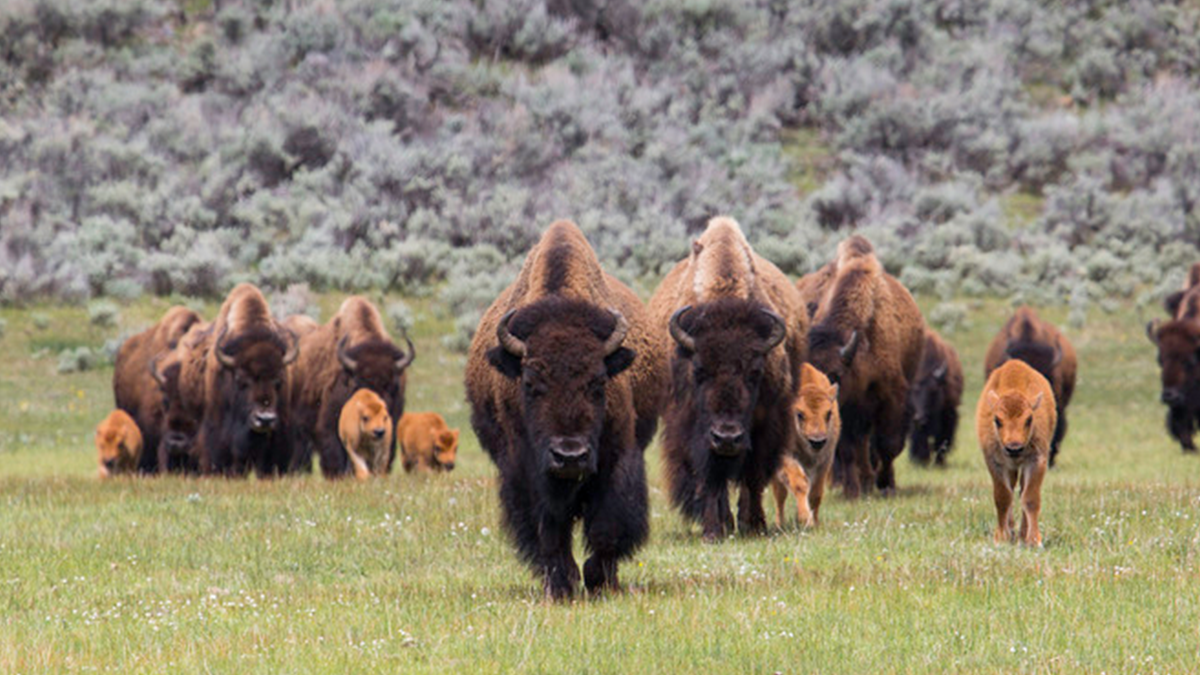 A plan to cull as many as 900 bison from the Yellowstone herd through hunting and other measures came up well short of its goal this winter. According to data shared at an April 13 meeting of the Interagency Bison Management Plan (IBMP), only 49 bison were removed from the herd, with 12 of those culled by hunters just outside of the park.

Since 1902, when bison numbers in Yellowstone had dwindled to around two dozen, conservation efforts have bolstered the park’s bison population to where wildlife managers face a balancing act between having enough bison to support a healthy population and having too many that could lead to large numbers migrating from the park. Because of concerns about transmission of brucellosis from bison to livestock, Montana law limits where bison can move outside the park. The IBMP was created by a court-mediated settlement in 2000 to bring together eight groups—namely state and federal agencies and tribal nations—to cooperatively manage bison in and around Yellowstone.

The group announced last fall a goal of removing 600 to 900 bison from the Yellowstone herd, which currently contains more than 5,500 animals, which is among the highest counts since the 3,500-square-mile park was given protected status in 1872. Three methods can be used to achieve that goal: Hunting, the capture and transfer of bison to tribes for slaughter, and the capture of bison for brucellosis testing and quarantine to be transferred to nearby tribes to boost their own bison herds.

Bison culling is largely done in the winter when the large ungulates typically migrate out of the park in search of forage. However, park officials say migration is becoming increasingly unpredictable, as reported by the Bozeman Daily Chronicle. As a result, hunter harvest numbers can vary wildly from year to year. In the winter of 2019-20, for example, Montana hunters killed 284 bison out of the 834 removed from the herd.

Read Next: New Survey Shows Population of One of the World’s Rarest Fish is on the Rise

During this winter’s hunt, two bulls were taken by state-licensed hunters, one north of the park and one west of the park. Ten bison were harvested by members of the Nez Perce Tribe, the Northern Arapaho Tribe, and the Confederated Tribes of the Umatilla.

The National Park Service is in the process of updating its bison management plan. The agency put forward three options for public comment in February. All three potential plans would continue to emphasize hunting as a method for controlling the herd’s size goal, which could range from 3,000 to 10,000 bison depending on the plan.