Four great places to tag a monster whitetail at midday 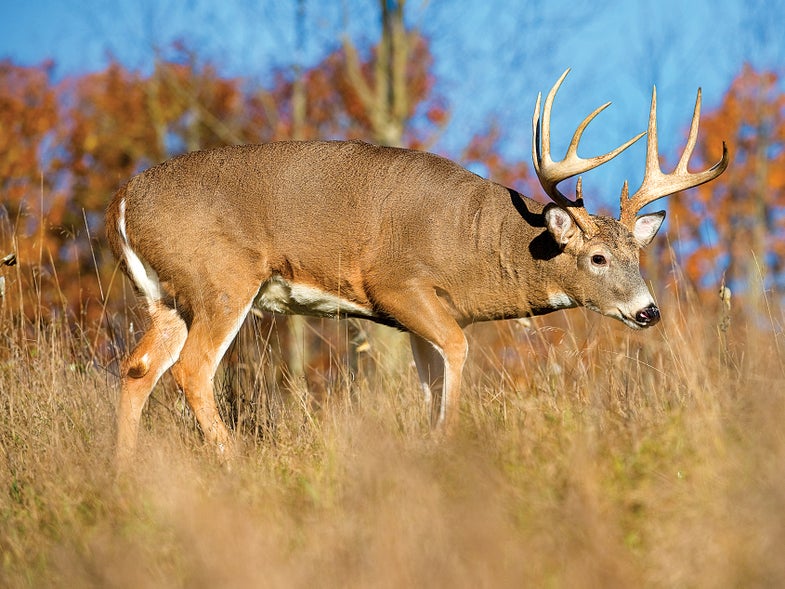 The biggest bucks commonly move around noon, because they know that’s when hunters tend to be out of the woods. But they rarely stray far from cover or go great distances. Even rut-crazed bruisers stay close to the timber on a midday stroll. Intercepting one of these nooner Booners requires savvy stand placement. Here are four smart sites in which to execute your second-shift ambush.

Hunger pangs often prod a buck to stretch his legs for a quick lunchtime bite. But unless it’s a late-season cold snap, he’s not likely to hit any major feeding ground now. Instead, he’ll visit a cache close to his bedding area. During preseason scouting or speed-scouting during the season, keep a sharp eye out for a cluster of apple trees, a lone white oak, or other hard or soft mast deep in the woods. Look for deep-set tracks or rubs and hang a midday stand nearby.

Wherever does bed on your property, bucks will be trolling just downwind to scent-check them. When these areas are bordered by heavy cover, those bucks are more apt to cruise by at midday. Pick a site as close to the doe bedding area as possible without blowing your cover. If you can handle a long sit, try to get on stand early in the morning while does are still out to feed.

Because deer generally aren’t as active at midday, it can pay to hang your noontime stand at the most heavily trafficked spots—those that any deer out wandering is likely to pass. This means hubs where several travel corridors come together. But not just any hubs. For big bucks to use them at midday, they need to offer cover. Concentrate on the intersections where wooded finger ridges come together, where two or more thick hedgerows meet, or where timbered ridgelines drop into a saddle. The tops of rugged draws are also worth a look.

Once big bucks start to feel pressure from hunters, they’ll wait for darkness before hitting most scrapes. Even so, you can bet that dominant males are still checking a few hidden scrapes during midday, particularly as the rut heats up. These secret scrapes tend to be made much deeper in the timber, closer to buck bedding areas, and off major travel corridors, sometimes by just a few feet. Slip in very carefully when the wind is blowing away from likely lairs, then keep an eye out for a restless midday buck that’s getting up to work the dirt.