Turns out, deer like meat too. Need proof? Here is a roundup of man-eating deer, goose-eating elk, and four other carnivorous cervids 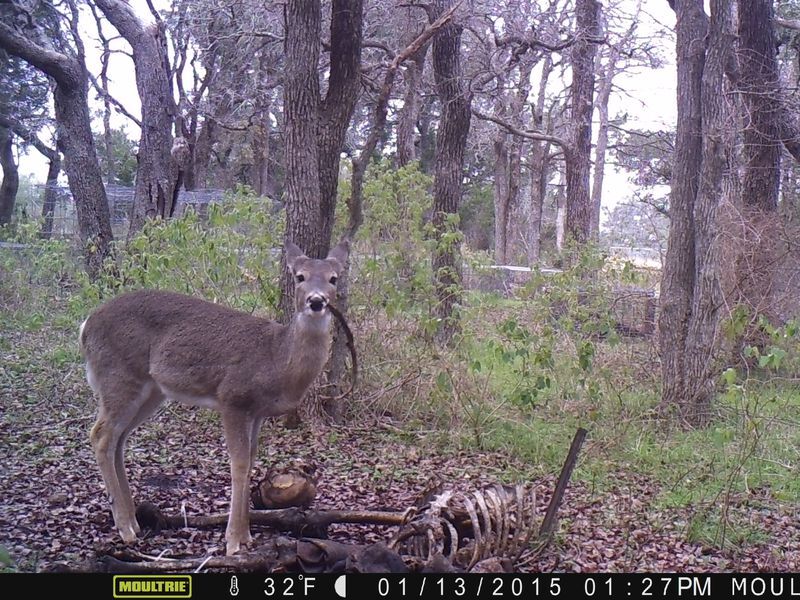 Deer are just the cutest things, don’t you think? Over the years, they’ve become the embodiment of innocence in our popular culture. But what if, while skating on the ice with Thumper, Bambi was actually thinking, I wonder if he tastes like chicken? What if, while you’re out catching perch through the ice, deer on the bank were eyeing your catch and thinking, Mmmm. Poor-man’s shrimp, right there?

It turns out that when you dig a little deeper, you learn that some deer have a darker side. They have been known to eat not just rabbits and yellow perch, but even human remains. The proof of this can be readily found (where else?) on YouTube, but also at research facilities and from deer biologists.

In other words, if you fall asleep against a stump in the woods, a deer might steal your sandwich, either for the protein-rich bologna or just to see what happens. Here are six examples of meat-eating deer and elk.

1. The Man-Eating Deer of Texas

In 2017, a trail camera at the Forensic Anthropology Research Facility at Texas State University—a 26-acre “farm” where forensic scientists study how human bodies decompose in the wild—caught a pic of a deer feeding on human remains. It was the first documented instance of a deer feeding on human remains. In the photo, the deer has what looks to be a human rib bone dangling from its mouth. “Like a cigar,” said one researcher.

This deer is so habituated that it nearly takes the perch from the hands of the ice fisherman who apparently just caught it. In the end, though, this deer is like a dog. It would rather eat the fish off the ice, thank you.

This young elk is cavorting around a field in what looks to be some kind of resort. There are two Canada geese on a pond and, unfortunately, a clutch of their offspring running around in the grass. The parents attempt to distract the elk, leading it away from the kids. At the 11-minute mark, however, the elk gets interested in the goslings—and eventually swallows one.

This one is pretty straightforward, as a woman announces at the video’s beginning. “Okay, what we have here is a deer eating a dead bird…No kiddin’.” The woman identifies the bird as a dove. “He’s chewing on the head as we speak. I’ve seen everything now.” So have I.

This is a slightly shaky video shot from a distance, but the footage clearly shows a deer eating what might be a roadkill squirrel. The deer is a thorough one, however, eating everything but the tail.

This video shows an elk chewing on the leg of a dead rabbit. The bunny shakes wildly as the elk moves its head—and it almost seems like the elk is playing with it. Eventually, the elk drops the small critter to the ground while it chews.