No one I know seems to be able to say, definitively, what has happened to us and to our beautiful... 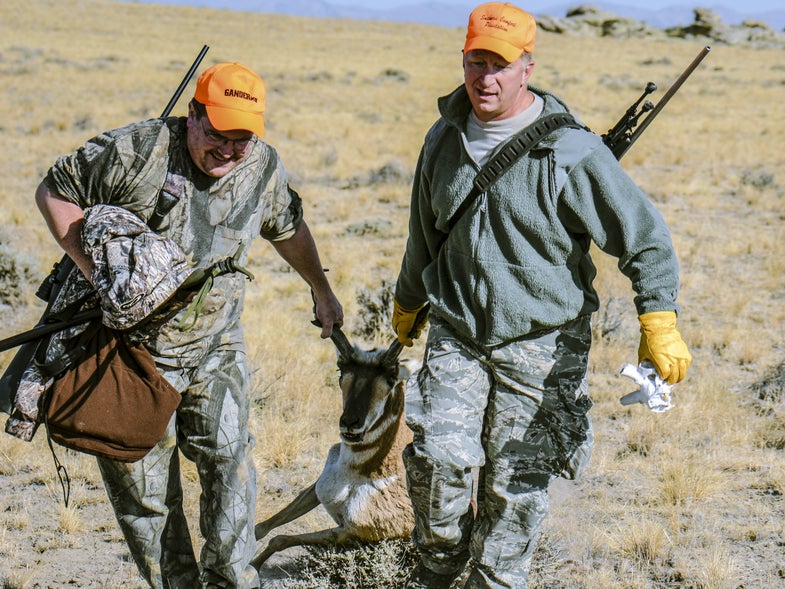 No one I know seems to be able to say, definitively, what has happened to us and to our beautiful republic. The nattering pundits of television and the internet claim that we are a nation hopelessly divided. They—these expensively coiffed soap-locks; these poltroons of right, left, the bizarre, the interplanetary, and the fungal—claim that our very own citizens seethe with hatred for one another, that we agree on nothing, that we batten on the potent energies of scorn and the thinnest gruels of despair, that we’ve forsaken all we once held self-evident and in common.

And here these “commentators” and pundits betray their utter and spineless lack of knowledge of the true America, of the rest of us, out here on the rivers and creeks, in the swamps (the real ones), ringing with birdsong and splashing with fish, the forests and prairies, the mountains from the Alleghenies to the Coast Range, chasing steelhead and bullhead, ptarmigan to gators, whitetails to Coues, fox squirrels to tarpon.

Because out here, in the America of mud and dust and brass tacks, we agree on just about all the basics when it comes to the outdoors. And those shrunken souls who traffic in, and profit by, cultivating division might—if they were not so blinded by the light of their screens or their respective lunacies—take note, and pause for a moment to reflect, as a man will when turning down an unfamiliar road and sensing danger. Americans do not like to be taken for suckers.

A new poll shows extraordinary unity among us Americans—right and left, rich and poor—when it comes to hunting and fishing and our unique and hard-won brand of conservation that makes them possible.

But first, any reader worth his or her salt will want to know who conducted this poll, how it was conducted, and who stands most to benefit from publishing its results, so here are the answers: The Theodore Roosevelt Conservation Partnership conducted the poll in partnership with Public Opinion Strategies to find out as much as possible about how American outdoorsmen feel about conservation. It’s worth noting that Public Opinion Strategies is not a conservation or politics-oriented business; they’ve worked for everybody from the American Beverage Association to Walmart. The poll was conducted from May 1 to 8 2017, and involved internet surveys and telephone calls to 1,000 American voters who identified as hunters or fishermen.

As to who benefits from the poll? I say we all do. “What’s most interesting in this is that there seems to be no division between political parties when it comes to people’s actual beliefs on these conservation issues,” Joel Webster of TRCP recently told me. (Full disclosure: Webster is a friend who has advised me on strategies for hunting big mule deer, at which pursuit he is light years ahead of me.) “It’s time for us to wake up—all of us—and realize that all of these things we value are on the line right now, and there’s this false idea out there that we’re actually divided as to whether we want hunting and fishing to continue into the future; of course we want that. It’s not a Republican issue or a Democrat issue. It’s what we do, and all together we’re plenty strong enough to make sure we keep it.”

For more, on the methodology and for a more comprehensive view of results go here.

I was fascinated by the poll, since I’ve overdosed on the news lately, and to listen to the news is to see a nation whose citizens are at one another’s throats. I once believed that our elected leaders—our lawmakers and governors, and their power brokers and king makers or destroyers—had a deep understanding of their constituents, a clarity of vision and depth from research and from meeting with us, listening, and studying how we feel about the issues we elected them to address for us, the problems they have sworn to try, in good faith, to solve on our behalf. I am also known, by many, as an idealist, a naïve lifelong dweller in the rural spaces, an unredeemed hayseed more interested in rifles and pack saddles than politics.

But I’m less gullible now. I’m convinced that too many of our elected leaders do not have these, or any, special insights. I think they are watching the same TV shows and reading the same wacky internet news sites as the rest of us. They believe they are serving a nation divided, and must (or can) spend their days in red-meat partisan nonsense, tossing us the gristle of spite and rancor and the rancid fat of policies designed to profit a tiny few, policies designed to divest of us of what we’ve won by blood and treasure, sweat and tenacity.

There seems to be a belief that we will no longer band together to fight for what we believe in, that we are not willing to set aside our differences and go to battle for our clean waters and fish and cold mornings chasing elk or pronghorn, whitetails and turkeys, with sons and daughters.

The belief is false—we are already banded together, Americans all, disputatious and ornery as ever. Now, all we have to do is make them hear us. We’re not giving up. Out of all on which we may ferociously disagree, these things we will not surrender.

RELATED: The Battle for Public Lands