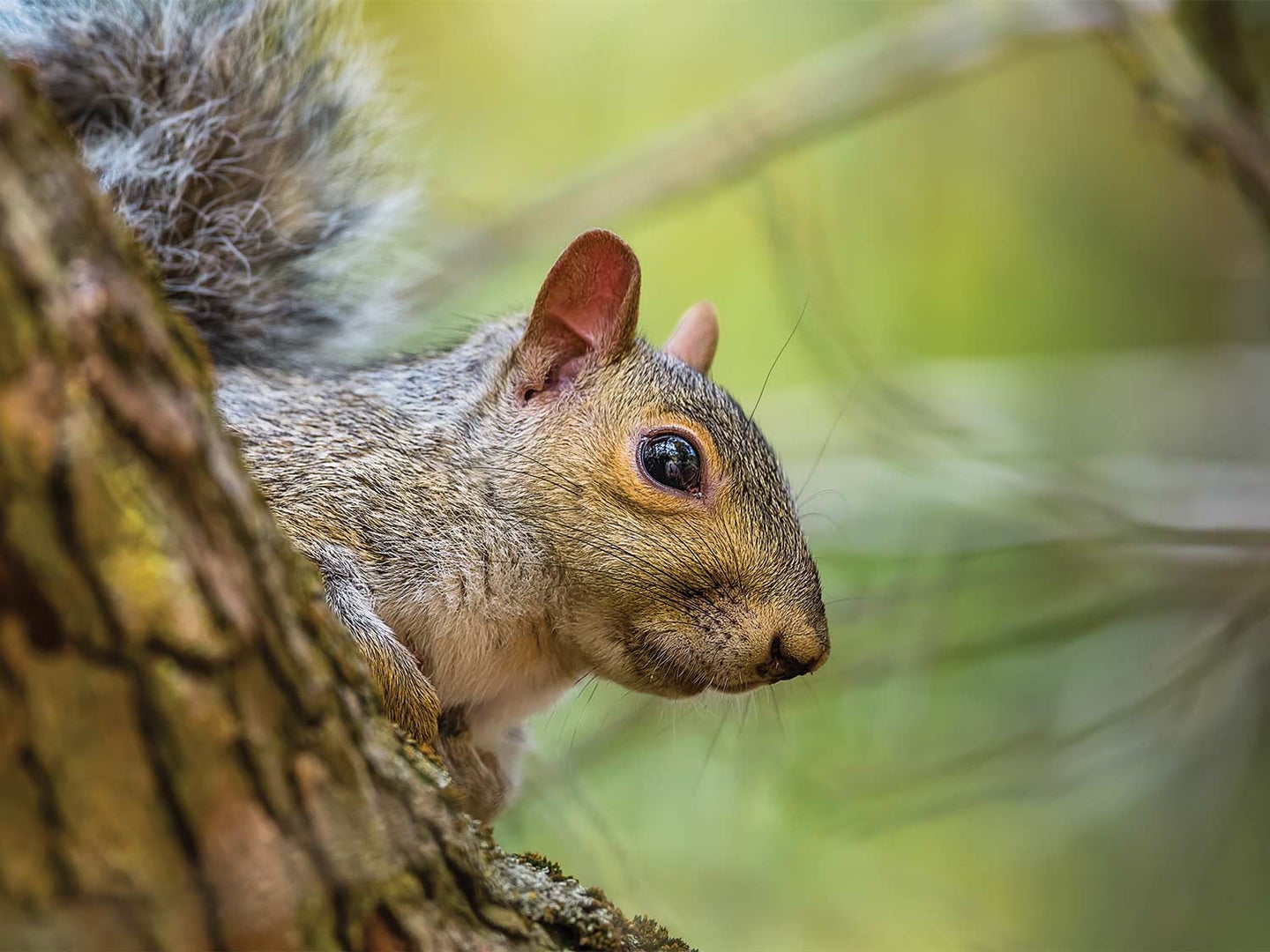 Last August, a buddy of mine who’s an experienced big-game hunter visited Kentucky for a few days of squirrel hunting. He’d killed some squirrels before but had never gotten after them during the hickory-nut season with a .22 rifle like a proper hillbilly. After three days of it, he was so giddy, he declared squirrel hunting to be the most overlooked hunt in North America.

That’s big talk about such a little critter. But serious squirrel hunting requires serious hunting skills. A heavy, green canopy usually prevents you from even seeing a squirrel beyond 50 yards. If you’re shuffling through the understory like an armadillo, you’ll never see one at all. Each one bagged is the result of a process that takes knowledge and observation and stealth.

It’s called hunting, and it’s fun. Of course, you ultimately need to put a bullet through a squirrel’s quarter-size brain, and your gun is the tool for tying the process together. But if you’re going squirrel hunting mainly to show off your custom rimfire, the redneck who’s using iron sights and knows how to identify and creep up on the sound of pignut husks peppering the ground can probably teach you a thing or two.

That squirrel hunting has become overlooked is a hell of a statement about modern hunting culture. “You hunt squirrels?” people say to me. “That’s cool. My grandpa used to hunt those.” Instead of woodsmanship, today’s hunters seem to value and obsess over gear, especially guns and cartridges and optics. We pore over information about bullets and twist rates and custom turrets so that we’re ready for that 400-plus-yard shot we’re sure we’re going to get—but we forget to pick our feet up and whisper on the way there. We buy choke tubes and reflex sights and pattern shotguns with $10 shells so we can kill a turkey from 70 yards—but in the process, we fail to learn what a drumming turkey sounds like because we have never listened to one that’s been completely fooled at 15 steps.

When you see a bunch of outdoorsmen gathered around a phone these days to look at pictures of a buck or bull, the question you’re almost bound to hear is: How far was the shot? If it was a close shot, the ­hunter’s reply is usually sheepish: “Oh, he walked by at 40 steps. Kind of hard to miss that.”

I’m sorry, but there’s something wrong with that. Getting close enough to count coup ought to be the mark of a good hunter—not something to defend ­because it makes the shot too easy. If that’s not obvious to you, then I think you need to try the most overlooked hunt in North America. And when your buddies break out their phones to compare critters, make sure you show off a photo of a limit of squirrels and brag about sneaking in to 20 yards for six clean headshots with your .22 and 4X Walmart scope.

Years ago, I told my high-school buddies about a doe I’d shot the evening before. “Swear to God, boys, she was from here to the Minit Mart. Five hundred yards, easy.” I didn’t have a rangefinder to check my bs back then. Today’s hunters do—and that digital readout frequently becomes the focus of the hunting story. It’s easy to talk specifics—like 473.2 yards—while omitting other details, like the three bullets in the dirt, and the long chase and finishing shot.

I never told my buddies that I later stepped that shot off at 294 paces. Not quite “here to the Minit Mart.” Now that I’m coming clean: It’s the longest shot I have ever made on an animal. A long-range story is fine, but I’m betting there’d be a lot fewer of them if we never left out any details.