The End of the Spring Perch Run 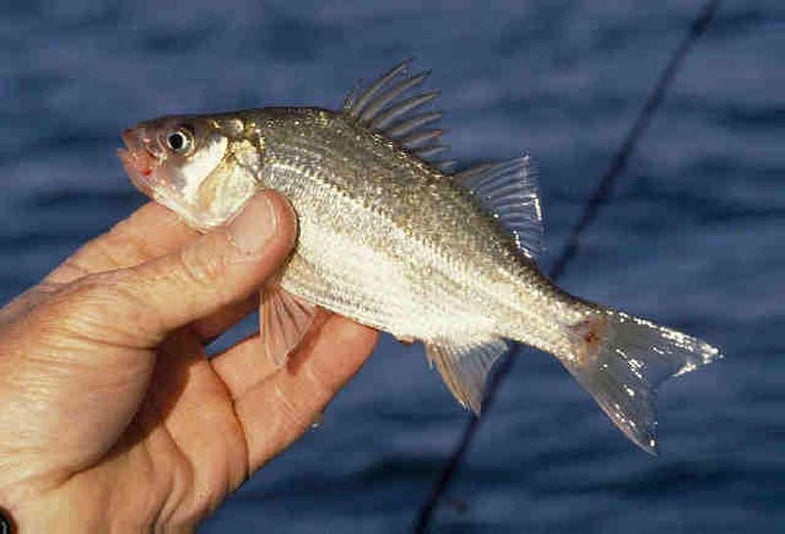 I had just returned home last week feeling like the waistband in an old pair of undershorts—stretched out and unable to rebound—when Paula Smith invited me out for what was likely to be the last crack at white perch on the Potomac.

“It’s late in the season, supposed to rain Wednesday, and Animal [aka Mike Bailey, who has made fortunes in an early weather forecasting website, lawn maintenance, and something else that I forget, and who studies the weather like others study the stock market] says the river’s gonna come up 2 feet right after. Not that it rained here. It was somewhere up in Western Maryland or somethin’, but it’s headed our way and it’s gonna f-$%@$* ruin the fishing. Anyway, if you wanna go with me an’ Gordon, be here by 5:30 or all you’ll see is our taillights, honey. Capiche?”

I’d been getting up at 4:30 for four days to hunt turkeys in Arkansas and would have to keep the streak going if I wanted to fish. But white perch are the sweetest meat in the river and—this is what fishing will do to you—chasing them has become a rite of spring for me. So I said yes. When I got to Gordon’s  at 5:31, they were gone. I called the boathouse and asked Danny Ward if he’d seen them. “Yeah, they’re down in a rowboat waiting until it’s light enough to see.” I asked him to tell them I was on my way and began breaking the speed limit even more than usual. Paula said her understanding was that we’d meet at the boathouse at 5:30. I knew this was not right. I also know that you can’t win an argument with Paula. I let it slide.

We rowed straight across to the Virginia side and about 150 yards downriver, anchored, and dropped our Dickie jigs, the ⅛-oz. bucktail jigheads tied by Dickie Tehaan primarily in brown, purple, yellow, and white. Within a minute Paula had boated a good one. They bit well for 15 minutes, then stopped. The outgoing tide was already being offset by the increased water coming downstream. It was in effect a dead tide, which perch don’t much like. We changed spots a few times, would get enough hits to think things were looking up, and then they’d turn off again. It was a lot of work for few fish, but there was always the possibility they’d turn on again. I caught and released several 15-inch striped bass, then caught a 20-inch walleye. “You want ’im?” Paula asked. “I had some last week and they tasted too muddy for me.” I decided I did want him. We caught about eight more perch, enough for a few meals, and headed in around 11.

The next night, I cooked half the walleye using Paula’s oven-fry method. It tasted fine to me. Later I called her to see whether she thought the white perch season was really done for. “Yeah, I’m afraid so. All the fish we caught today were skinny, you notice that? Means they’ve already spawned. They don’t hang around long after that. So, I’m afraid it’s over. Kaput. Capiche?”

“Si, signora,” I replied. I hung up repeating the words kaput and capiche, the first a German word, the second Italian. Together the two sounded like some tongue twister made up by a New York mobster. Which is as good a description of Paula as any, now that I think about it.