An envious angler has filed a Freedom of Information claim in Canada—all because pro fisherman Mike Borger wouldn’t disclose his... 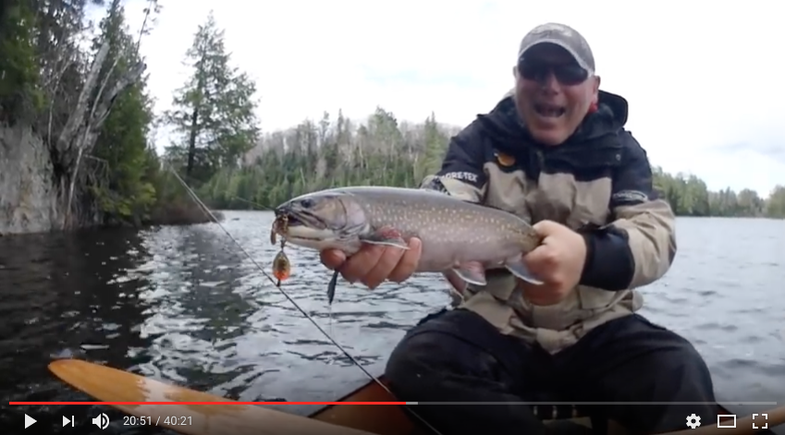 Mike Borger shows off one of his catches in a 40-minute YouTube video he posted of his fishing trip to his favorite lake.. Mike Borger
SHARE

An envious angler has filed a Freedom of Information claim in Canada—all because pro fisherman Mike Borger wouldn’t disclose his favorite honey hole.

The trouble started this spring, when Borger and his son fished the secret spot—which is somewhere in Ontario’s Algonquin Park—and landed some trophy 5- to 6-pound brook trout. Following the trip, Borger posted a 40-minute video of the outing to You Tube, showing off some of the monster trout the pair caught. But Borger purposefully withheld the specific location of the spot.

According to Newser, Algonquin Park boasts more than 2,400 lakes, so Borger had good reason to think that his secret spot was safe. In late July, however, he received a five-page notice from the Ministry of Natural Resources and Forestry after an unknown person filed a Freedom of Information claim requesting a record of Borger’s camping permit.

“I’m going to give him credit because it was an incredibly smart, underhanded, and a little bit devious,” Borger told reporters. “If somebody has a copy of my interior camping permit, which shows which lakes I camped on each night, they can clearly and easily figure out which lake I caught these trophy fish in.”

Borger was no doubt upset, telling the CBC that he feels “violated, angry, [and] stunned.”

For now, however, the Ministry of Natural Resources and Forestry hasn’t released Borger’s camping permit, so the jealous angler will have to keep casting blind.