It isn’t flashy. It may not be your favorite. But the plain .308 Winchester is about as good a cartridge as there is 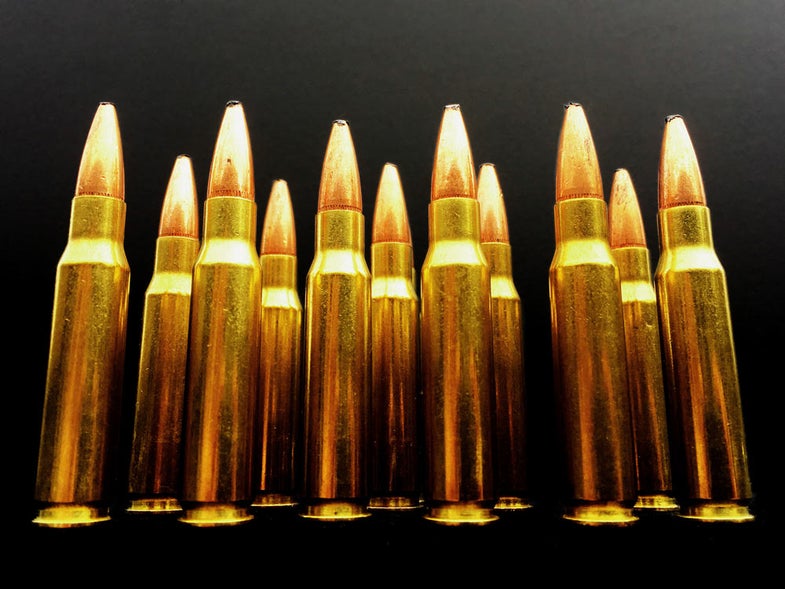 In reading Richard Mann’s The Scout Rifle Study, a paragraph leaped off the page at me. (I was, with some effort, able to stuff it back.)

Right now, in the twilight of my career, when I have so few firearms that I could probably be expelled from the Gun Writers’ Union, I find myself with six .308s. Two are Bergara Heavy Tactical Rifles. I compete with them. I use one as a main gun and the other as a backup. I don’t need a backup because the things are as reliable as a well-maintained delivery truck. But you can’t run just one rifle. This is like showing up at a shoot without a range cart.

Number four is an original version of the SIG Sauer Model 716 DMR. It can also serve as a barbell, since it weighs 15 pounds with a big scope on it. I use that one to compete in Tactical AR shoots. Number five is the second generation 716 DMR, which weighs far less, and wears a much smaller scope. It’s for solving human-relations problems. Six is a Ruger Gunsite Scout which is my go-to deer rifle and Prepper gun.

Four of the six are for shooting at paper. This is because, in addition to the virtues Richard points out, the .308 is exceedingly accurate. In the late 1950s and early 1960s, benchrest shooters used .308s. It was dropped because it recoiled more than the .22s and 6mms and therefore made miniscule groups more difficult, but it would, by God, print miniscule groups. The smallest group I’ve ever gotten with any rifle of any caliber was shot with a .308.

I’ve taken comparatively little game with it. I have no idea why. And it’s probably not my favorite cartridge, although how I can support this logically is beyond me. Possibly it it’s because the .308 has no quirks, peculiarities, or oddities to set it apart or make it likeable. But it also has no flaws or pitfalls. It’s been around a long, long time and has had all the bugs worked out of it if ever there were any. It’s on every ten-most-popular list you care to consult, and usually high on those lists.

It works. If there’s higher praise for a manmade object, I don’t what that might be.