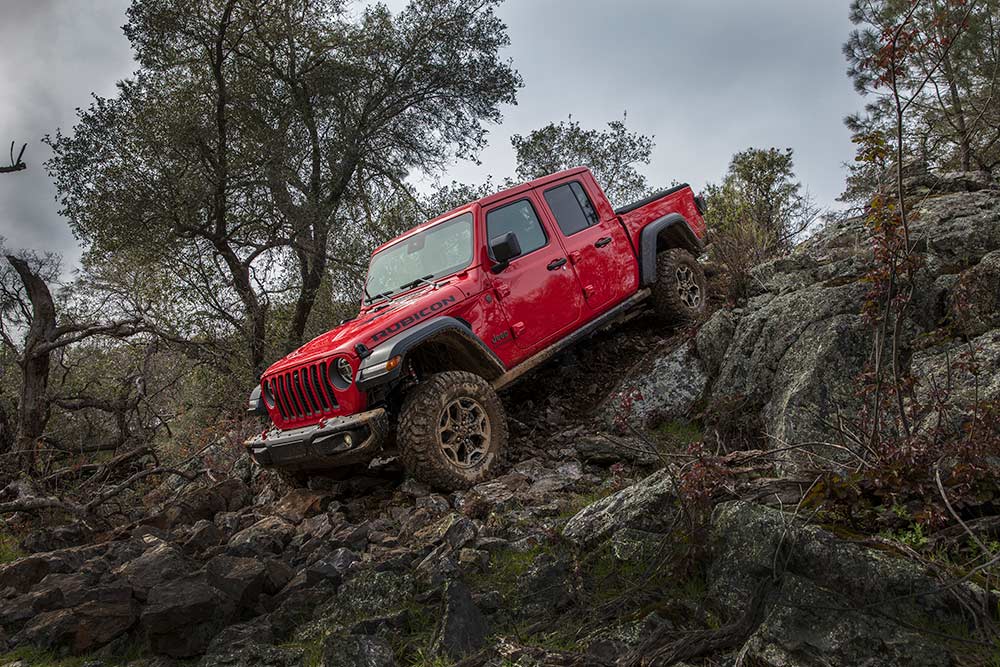 Those of you old enough to remember the original Mercury Seven astronauts (or New Coke, for that matter) will recall that Jeep used to have pickup trucks in the line. That ended in 1992 with the demise of the Comanche.

But last week I was able to drive Jeep’s new mid-size pickup, the 2020 Gladiator. The truck nicely fills a hole in the Jeep lineup with a product for which Jeep owners had been clamoring.

“When we did focus groups, the questions that always came up were, ‘Where’s the Jeep truck? When are you bringing it back?’” said Scott Tallon, director for the Jeep Brand, at the Gladiator introduction. “They know we had a truck in the line from 1947 through 1992, and they wanted us to bring it back. When we told them it was coming, the response was, “’What took you so long?’”

The reason it took so long, Tallon said, was the manufacturer’s desire to bring a best-in-class truck to the market. Doing so meant looking to the popular four-door Wrangler for inspiration. Indeed, when you look at the headlamps, grille, and body styling of the Gladiator you can plainly see that the Wrangler’s DNA is stamped all over it (including removable doors and tops). At the same time, Jeep didn’t simply bolt the five-foot bed to the rear of a Wrangler.

“This is not a retrofitted Wrangler,” said Gladiator chief engineer Pete Milosavlevski. “Yes, the front suspension is common to the Wrangler, but the rear suspension is similar to the Ram 1500.”

That’s because the handling of a pickup is vastly different from that of an SUV, and that rear suspension has to deal with empty as well as fully loaded beds, either of which changes the handling characteristics. In order to accommodate the bed, Jeep had to lengthen the wheelbase by 19.4 inches. As a result, the Gladiator’s frame is 31 inches longer than the Wrangler, a difference easily noted on tight turns. But the tradeoff was necessary to get the weight distribution and ride handling Jeep wanted for the Gladiator.

The 2020 Gladiator will be offered in four trim levels: Sport, Sport S, Overland, and Rubicon. All trim levels will feature a 3.6-liter V6 engine. A 3-liter EcoDiesel V6 will be available later in the year. The base transmission is a six-speed manual. An eight-speed automatic transmission is optional.

Like the rest of the Jeep line, the Gladiator is designed for serious offroad duty. The Sport and Overland models come with Jeep’s Command-Trac 4WD system. The Rubicon features what Jeep calls Rock-Trac, essentially a more robust 4WD system with front and rear locking differentials and an electronic sway bar disconnect designed to deliver more offroad performance.

The Rubicon also comes standard with 33-inch tires. Jeep understands many drivers will opt for larger tires, so it designed high fenders that can accommodate 35-inch tires. The solid axles front and rear are also a nod to offroad use; they help the suspension achieve the articulation necessary to negotiate tough trails.

The offroad course Jeep designed was especially challenging. An early-spring storm the day before I arrived created deep troughs of mud. All that rain had also turned the rock-crawling exercise in a Rubicon into something that had to be handled with care as the sodden rocks kept slipping out from under the tires as we climbed and descended hills.

The driving was made easier, though, through the deployment of three new systems—Offroad Plus, Selectable Speed Control, and Selectable Tire Fill Alert.

After I completed my runs through the course, I asked Jeep engineer Elizabeth Krear to explain these three systems.

“The Offroad Plus button controls a pair of drive modes,” she told me. “When the transfer case is in four-low, typically you’re in a low-speed high-friction situation, what we call the ‘rock mode.’ When the transfer case is in four-high, typically you’re in a situation where the vehicle is moving a bit faster and you’re encountering lower-friction surfaces. This we call the ‘sand mode.’

“In either case, the calibrations sense your throttle position and your shift point. It’s utilizing all of our electronic stability control parameters to deliver the right amount of feedback at the accelerator pedal and the right amount of torque at the wheels for those road surfaces.

“So, basically, it’s taking a lot of the guesswork out of this kind of driving. The idea is for the driver to actually have a more enjoyable driving experience because the vehicle is going to do a lot of the work for him.

“Selectable speed control is what I call cruise control for the offroader. It works only when you’re in four-low while moving under 5 mph. You set your gear with the shift lever, take your feet off the accelerator and the brake pedal, and let the truck drive you up the hill, or out of the mud, on its own.

“Selectable Tire Fill Alert is a system that makes airing down and airing up tires a whole lot easier. You set the desired pressure on the monitor on the touchscreen inside the truck—on this course today it’s 20 psi—and then go outside to deflate the tires. A sensor tracks the psi and when the desired pressure is reached the horn will chirp three times. It works the same way when you re-inflate the tires.”

If all this technology has you reaching for a topo map and a lensatic compass, Jeep’s got another ace up its sleeve—a forward-facing trail cam (with its own wiper blade) on the grille that projects down on to the trail directly in front of you. At first, I thought it might just be a gimmick, but I recognized its usefulness on a steep trail where all I could see out the windshield was the sky above me. A quick glance at the screen, though, showed me the trail as well as the spotter in front of me.

There are simply too many features and options to cover in a single post, but the Gladiator benefits from the many improvements Jeep has made to the line over the past few years. And the steel bed is actually designed to haul stuff.