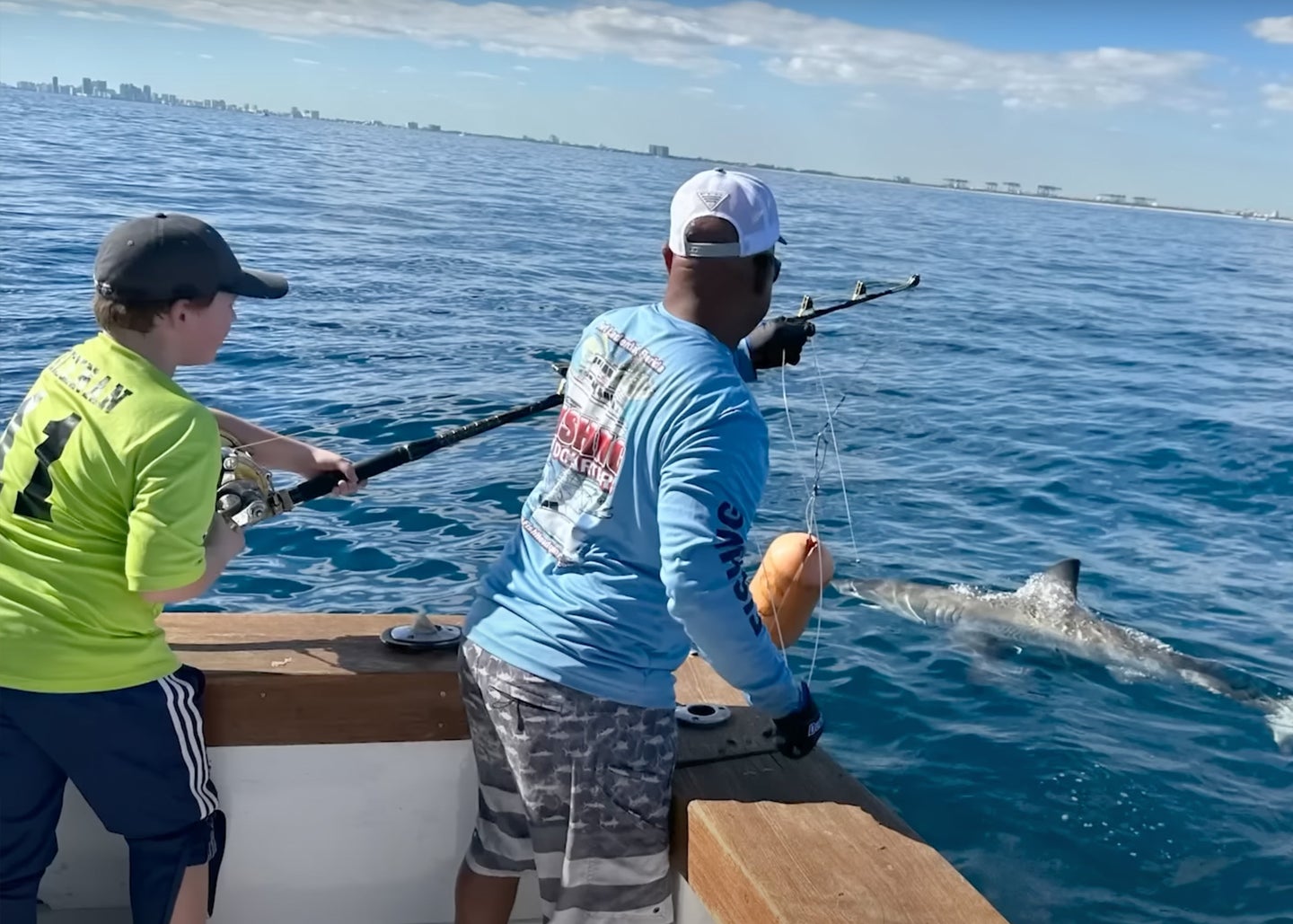 A 12-year-old boy hauled in an unlikely catch last week while deep-sea fishing off the coast of Florida. Campbell Keenan, of South Hampton, Massachusetts, traveled to Florida with his family to watch his sister’s hockey tournament. Between hockey games, he caught an 11-foot great white shark estimated to weigh between 400 and 700 pounds.

Early on the morning of January 17, Keenan and his mother, Colleen, boarded the “New Lattitude,” Captain Paul Paolucci’s sportfishing charter, for an angling adventure off Fort Lauderdale. They were hoping to catch a sailfish or a tuna, according to Colleen.

Campbell had done a lot of fishing back home in Massachusetts, primarily for largemouth bass. When the “New Lattitude” was a mile and a half offshore in 120 feet of water, though, Paolucci baited the young fisherman’s hook with a dead blackfin tuna that was far larger than any bass he’d ever caught. Twenty minutes later, something inhaled the bait, and Campbell was in for the fight of his life.

The white shark immediately took off on a 300-yard run. Paolucci’s first mate sat Campbell in the fighting chair and coached him through the process, holding him from behind for fear he might get pulled in. After a 45-minute struggle that Campbell likened to running baseball drills in the hot sun, the fish flashed at the surface. That’s when they realized they had inadvertently hooked into a great white.

After another twenty minutes, Campbell pulled the shark close enough to the boat for Paolucci to tag and release it. Paolucci said it was a female, only one of three great whites he had ever caught on his boat since launching his sportfishing business in 2003.

Great white sharks are federally protected and cannot be legally targeted in the U.S. waters. In Florida, prohibited species such as great whites must remain in the water with gills submerged whenever they are unintentionally caught.

It is believed that there are less than 3,500 great whites still roaming the world’s oceans. The largest great white shark known to science is an estimated 20 feet long and weighs more than 5,500 pounds. The animal, which researchers named “Deep Blue” in 2013, is said to be more than 50 years old.

Great whites that live along the North American Atlantic Coast tend to summer off Cape Cod, Maine, and Nova Scotia, and migrate south in the winter where the warmer waters ensure a steady food supply. As for Campbell, he returned north with a story he’ll be telling for the rest of his life. “It felt great to land it,” he told the South Florida SunSentinel. “It gives me bragging rights in class.”