After a 9-Hour Fight, This 876-Pound Tuna Could Be a New Texas Record

If confirmed, the giant bluefin will shatter the previous state record by 68 pounds 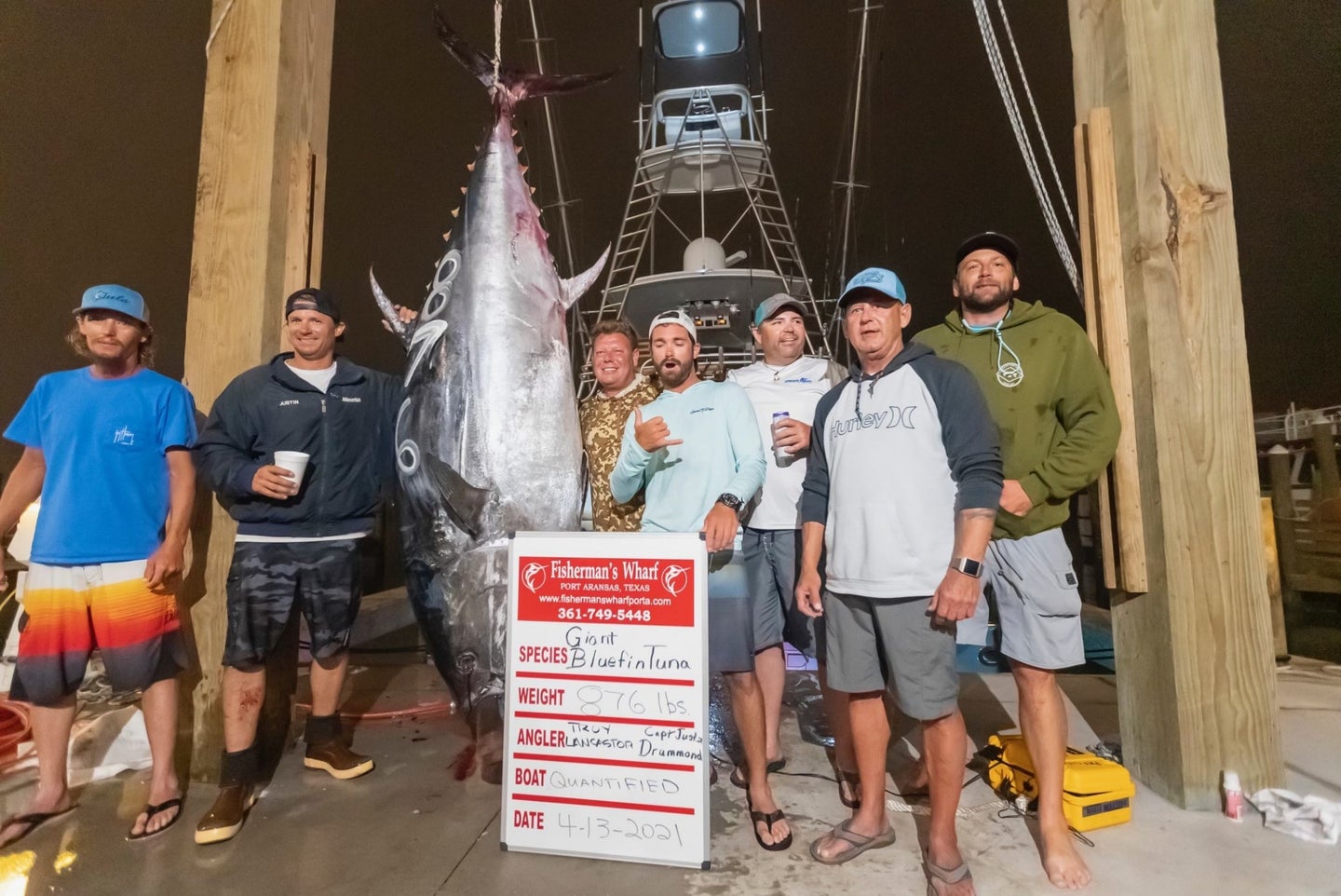 Texas is known for quality fishing and hunting, but recent bluefin tuna action has offshore captains excited. For the second time in two years, the Texas state record for bluefin tuna has likely been broken—with last week’s catch shattering the 2020 record by 57 pounds.

A year ago, on April 10, 2020, Captain Robert Nichols took advantage of the 77- to 78-degree spring water temps to target surface feeding tuna from the Rock Mama, a 55-foot Hatteras based out of Galveston, Texas. The bite that week was hot, and four tuna came onboard different boats with weights ranging between 599 and 820 pounds. That 820-pounder was landed by Daniel Miers. The fish broke the Texas state record of 808 pounds, which had stood for 35 years since 1985.

One year later, on April 13, 2021, Miers’ bluefin record has been broken. This year’s pending record was caught by Troy Lancastor aboard Captain Justin Drummond’s boat, Qualified. Lancastor’s 876-pound fish shattered the 2020 record by 68 pounds. The fight lasted for nearly 9 hours.

As bluefin tuna enter the Gulf of Mexico to spawn, NOAA Fisheries allows a certain quota to be caught then closes the fishery once the quota poundage has been reached. This fish represents about one quarter of the allowed quota in the Gulf of Mexico for 2021.