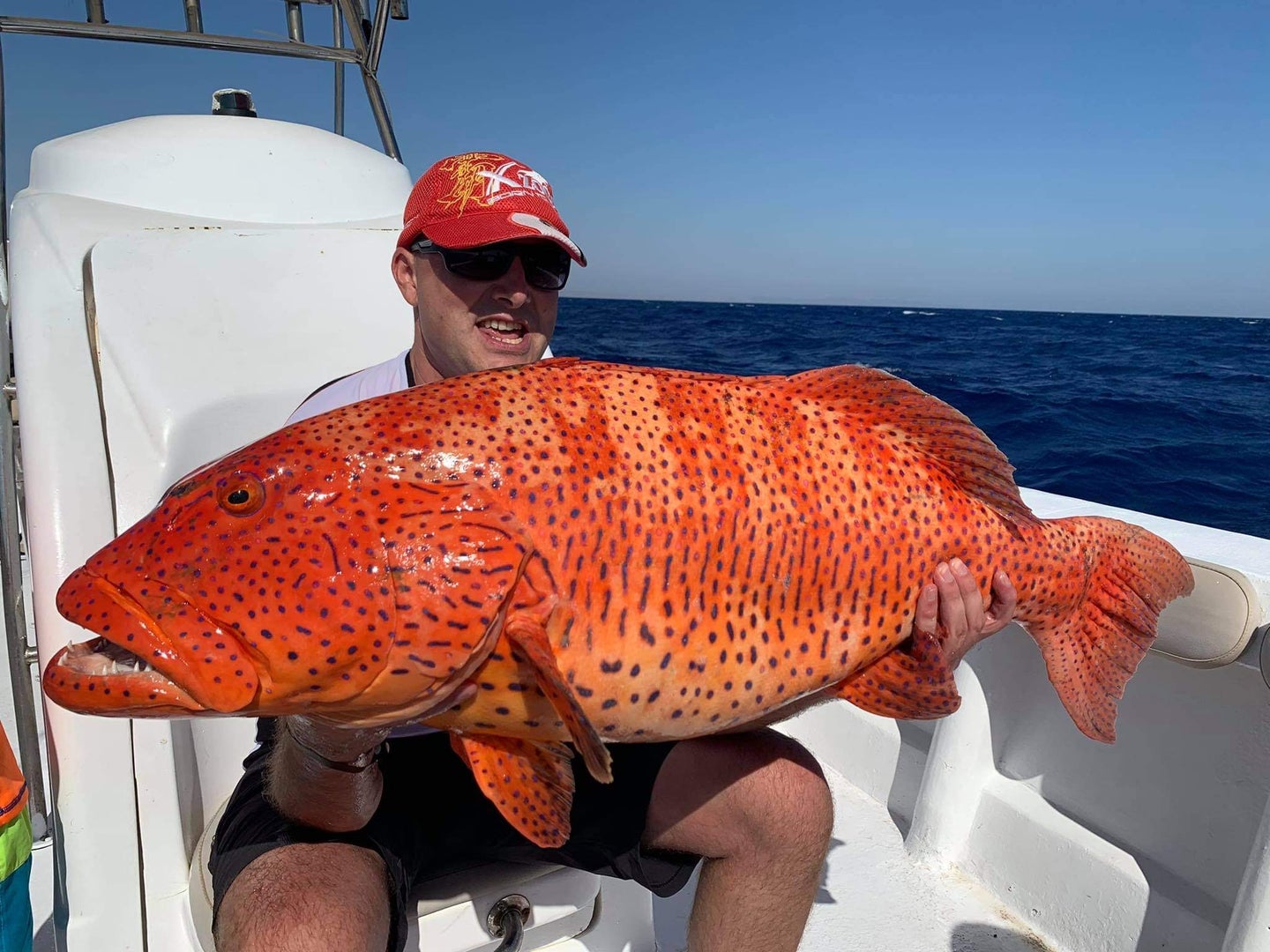 Hungarian angler Tamás Trexler caught a pending International Game Fish Association (IGFA) world record roving coralgrouper while on vacation in Egypt. The 31-pound, 7-ounce fish is an impressive specimen—and could easily shatter the existing all-tackle world record, which was a 16-pound, 12-ounce fish that was caught on July 14, 2021. Trexler boated his beast on a guided fishing excursion on the Red Sea on August 12, 2021. He was using a jig in deep open water.

The fight took 15-minutes. By the time the fish reeled in about half of the way, Trexler says it lost its strength. When he got the fish to the surface, Trexler says his “joy was immense.” He didn’t realize that the fish had the potential to be a world record, but his guide Mahmoud immediately did when he set eyes on the hog. The fish has the potential to nearly double the existing IGFA record, likely because there haven’t been many roving coralgroupers submitted for record consideration in the past. In fact, the previous 16-pounder was the first roving coralgrouper ever submitted to the IGFA. To qualify a fish for a vacant IGFA record, it must be at least half of the maximum recorded size for the species based on length.

“To put it in perspective, it would be like if there was no record for largemouth bass and someone submitted a 5-pound fish,” explains IGFA Angler Recognition Coordinator Zack Bellapigna. “That fish would qualify but someone could easily catch a 10-pound fish as they are fairly common.”

After measuring the big coralgrouper, Trexler released it. That same day, Trexler says he also caught a 24-pound roving coralgrouper—which would’ve potentially been a world record had Trexler not caught the 31-pounder. Though Trexler loves saltwater fishing, he says he’s more of an expert in freshwater fishing, especially for catfish and zander. He and his son Bálint go fishing together two to four times a week back home in Hungary on the Danube River. The roving coralgrouper is a relatively rare species of grouper that can be found throughout the Indo-Pacific region. They feed primarily on crustaceans and are distinct for their bright orange-red bodies and blue spots. Since the record is still pending, Bellapigna says the IGFA cannot say whether or not the species ID for Trexler’s fish has been confirmed.

“I would like to thank my friend Péter, his son Zsombor, my son Bálint, and our fishing guide Mahmoud for this once-in-a-lifetime experience,” says Trexler.