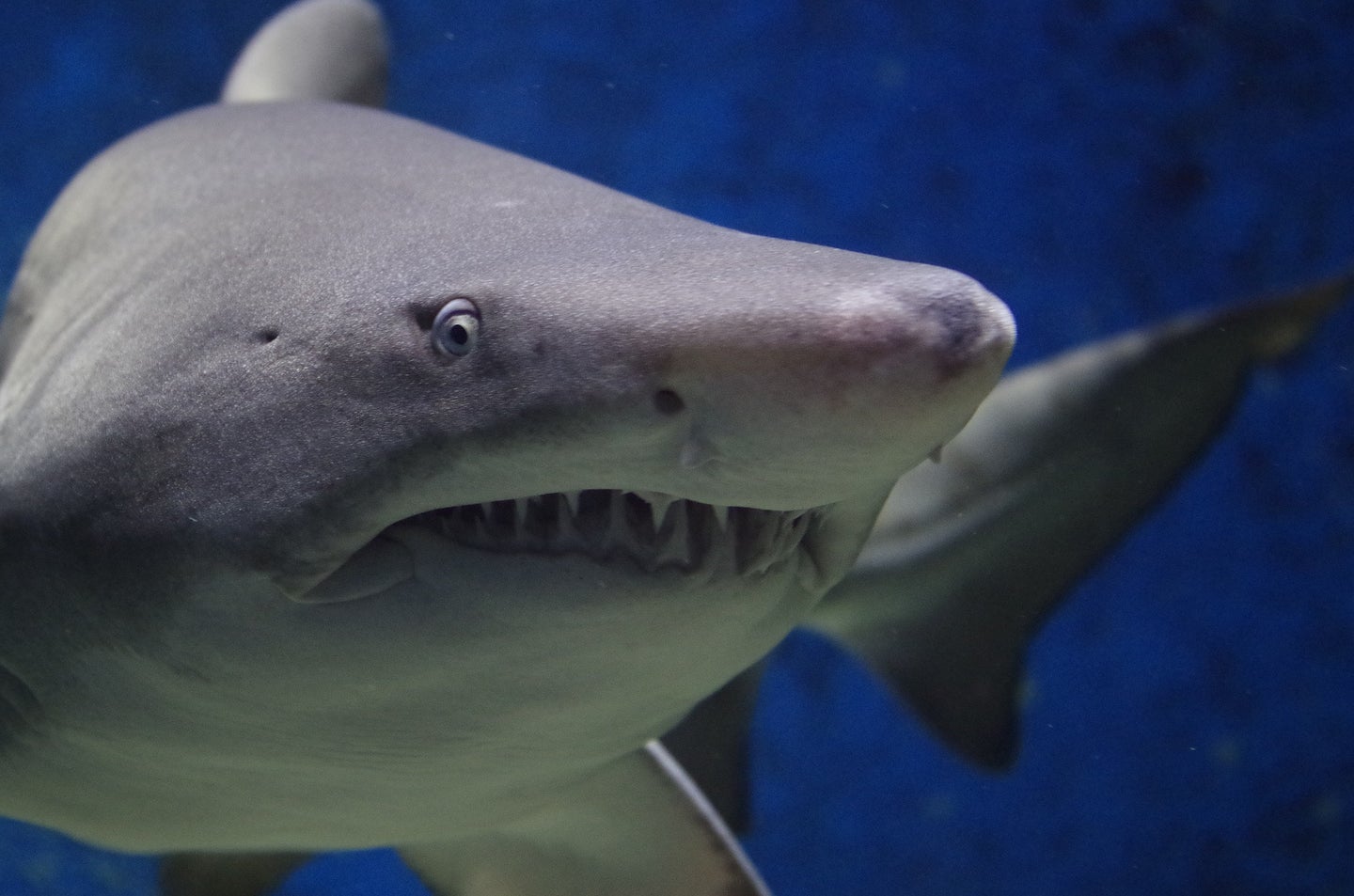 A huge shark recently spotted near Cape Cod already had social media buzzing, and now data published in the Atlantic White Shark Conservancy’s new white shark log book shows a massive increase in the number of shark detections last year. In 2020, 118 white sharks were detected off the coast of Massachusetts compared to just 11 in 2013. The total number of sharks (of all species) detected is way up, too, from 10,803 in 2013 to 134,631 last year. That’s a 1,146 percent increase. Not surprisingly, the report has some New Englanders worried that the waters just off their favorite beaches will be swarming with sharks, come to gobble up the area’s abundant seals—and perhaps the odd beachgoer.

It’s not exactly welcome new ahead of summer. In a Barstoolsports.com commentary titled, “Just in Time for Summer: Cape Cod is Positively Infested with Great White Sharks,” Jerry Thornton writes: “You can basically walk around the Cape from P-town down to Orleans to Hyannis across the water without getting your feet wet, just hopping from one shark’s back to the other like their paving stones. Every week this summer is going to be Shark Week. And anyone stupid enough to go swimming is the star.”

But before you put the shovels and beach umbrellas back in storage, it’s worth noting that according to the Boston Herald, the increased detections may simply be a result of vigorous tagging efforts. Yes, detections are up 1,146 percent, but the number of tagged sharks is up 1,375 percent.

Megan Winton, a research scientist with the Atlantic White Shark Conservancy, told the Herald that the only way to get a true number is to tag all sharks. “It’s important to remember that the receivers can only detect sharks tagged with acoustic transmitters, and there are still a lot of white sharks out there that haven’t been tagged.” John Chisholm, a scientist with the New England Aquarium agreed. “There are a lot of species that come up here in the summer time,” he said. Those shark species include great white, mako, porbeagle, basking, sand tiger and sandbar, and scientists want to learn more about their behavior.

In 2013, only seven sharks were tagged as opposed to 118 in 2020. The increased taggings is directly connected to the dramatic rise in detections, but, it’s important that beachgoers use extra care and be smart. “As scientists, we use the data collected from tagged sharks to give us an idea of what the population is doing as a whole,” Winton added. “People should think of the data provided by the Logbook the same way—as a proxy for shark activity off the coast.” Overall, 231 individual great white sharks have been tagged with acoustic transmitters.

“When you look at the detection data, there are two immediately clear takeaways: White shark activity is highest along Cape Cod, and the Outer Cape in particular, where seal densities are highest, and white sharks have been detected all along the coast of Massachusetts,” Winton told the Herald. “They don’t occur exclusively off of Cape Cod.”

The Shark Conservancy has developed an app that tracks shark activity. When heading to the coast this summer, follow pings from tagged sharks. And remember Winton’s advice: Not all sharks are tagged.