Hundreds of Common Carp in Michigan Die from Herpes Outbreak, According to MDNR 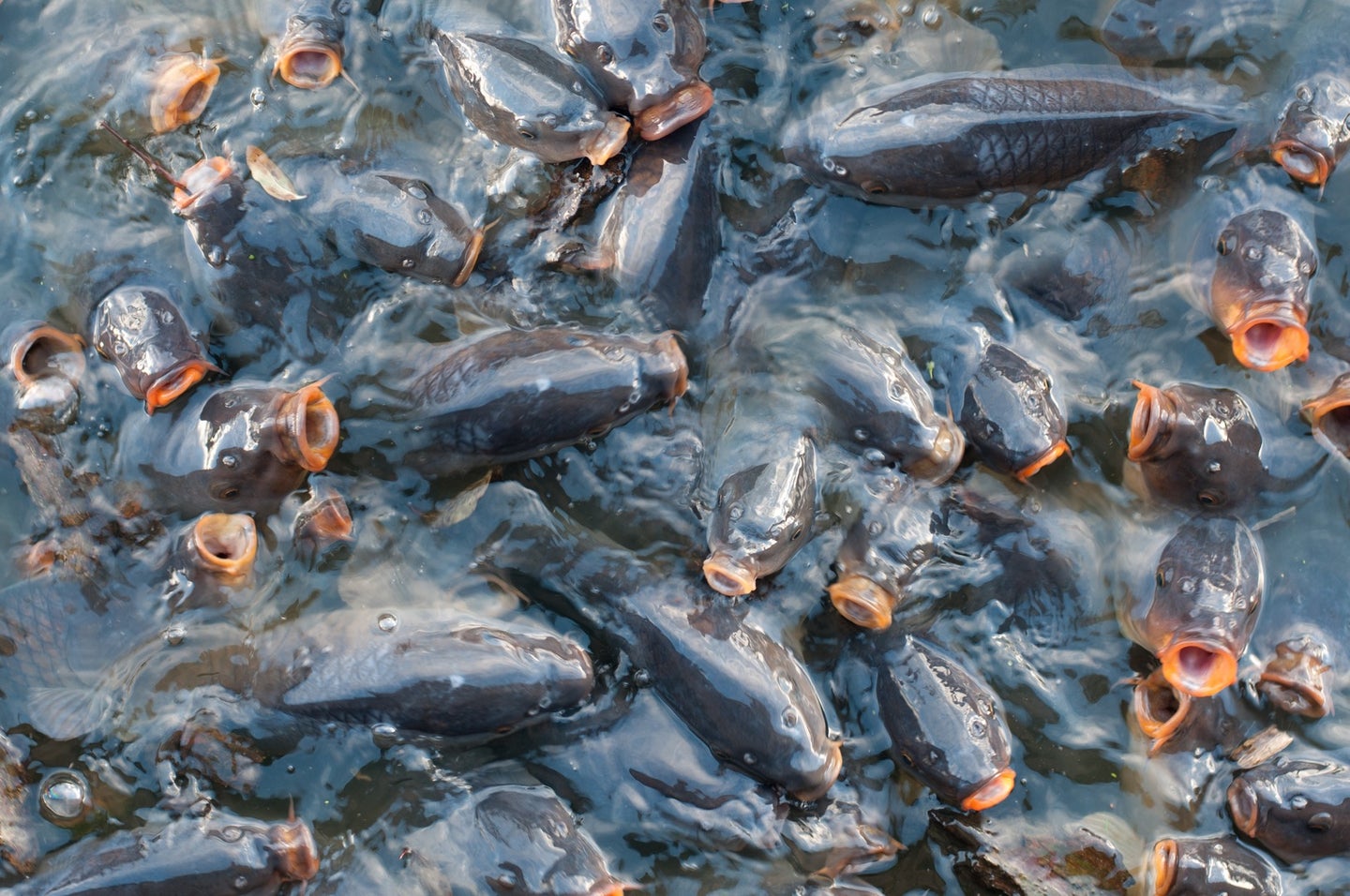 A herpesvirus outbreak is responsible for a significant fish kill incident at a lake just north of Detroit, Michigan. In July 2021, concerned residents used the Michigan Division of Natural Resource (MDNR) Eyes in the Field online form to report that hundreds of common carp were floating belly-up in Lake Orion. Last week, the MDNR completed its investigation of the fish kill and found that it had been caused by koi herpesvirus (KHV). The Michigan State University Aquatic Animal Health Laboratory helped the MDNR collect and analyze samples from the lake for the investigation.

“As the case with most herpesviruses, KHV is very specific on which fish species it will infect and only affects common carp, koi, and goldfish,” said Gary Whelan, MDNR Fisheries Division Research Program manager, in a press release. “KHV does not affect any other fish species and has no implications for any other birds, mammals, or humans.”

MDNR fisheries biologist Cleyo Harris told the Detroit Free Press he thinks about 300 to 600 common carp died from the virus, which he calls a “substantial mortality event for a single species.” Common carp are native to Europe and were introduced to Michigan in the late 19th century. They are now found throughout the state and considered a naturalized member of the “fish community” there, according to MDNR. The herpes virus can spread quickly among carp by excretion or through the epidermis and gills. “If you’re in the neighborhood, you get infected,” Harris says. Fish with KHV exhibit rough white or brown patches on their skin as well as sunken eyes and are often seen sloughing mucus.

Whelan said this is only the third time KHV has been detected and Michigan waters and guessed that it was most likely introduced when someone released a pet goldfish or koi into the lake. MDNR took the opportunity to remind the public that fish viruses typically do not infect humans thanks to the biological differences between cold-blooded and warm-blooded animals. There are over 100 known herpesviruses but only 8 of them routinely infect humans.

The U.S. Fish & Wildlife Service website notes that released goldfish can damage waterways by eating everything in sight and spreading parasites, as well as by crowding out native fish. When it’s time to get rid of a pet goldfish, the agency says owners should attempt to find them a new home or donate them to a pet store or school. Alternatively, Whelan suggests putting unwanted pet fish in the freezer to euthanize them, before disposing of them in the trash.