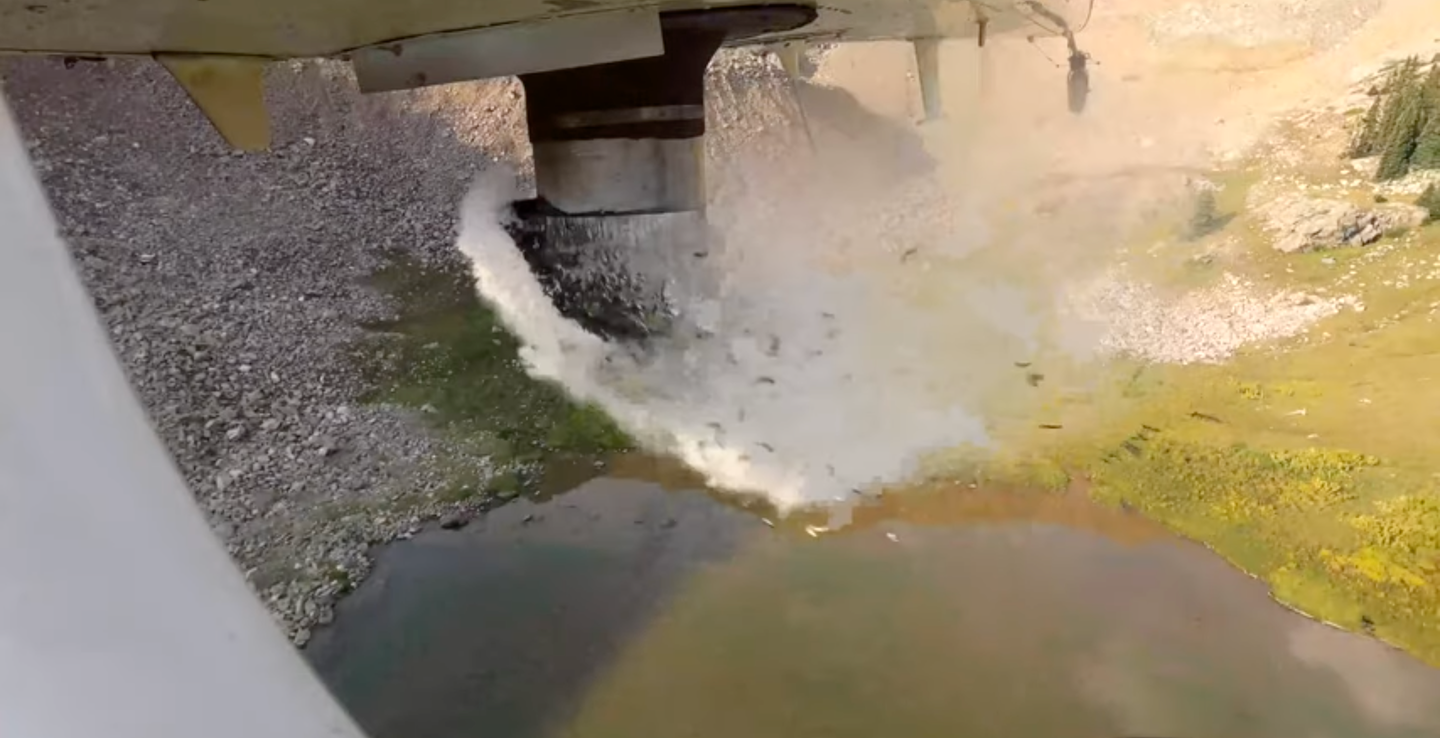 It’s been raining trout in Colorado this month thanks to a Colorado Parks and Wildlife (CPW) aerial stocking program that’s adding 275,000 fish to 240 high-country lakes this summer. The August 16 to 17 stocking featured in the video below was the second of three rounds scheduled for 2021. Pilots hit 73 lakes in Colorado’s west slope, dropping nearly 100,000 inch-long cutthroat trout and capturing stunning footage of Colorado’s scenic alpine vistas as they swooped low and slowed their planes to 90 mph to drop their payloads.

“We’re about 100 feet above the lake and as [the fish get dumped], they almost stop immediately as they come out of the airplane,” Larry Gepfert, one of three CPW pilots who flew Cessna 185s on the August runs, told Colorado Outdoors. “They have very little mass to them so they just kind of float down into the water.”

Studies have shown that survival rates are better than 90 percent for fish stocked using this method. Aerial stocking is also far more efficient than loading fish into milk cans and packing them on horseback to remote, high-elevation lakes. Nineteen of the 24 lakes shown in the video are located above 10,000 feet, and the highest—Ptarmigan Lake—sits at 12,306 feet. The inch-long cutties were raised at Rifle Falls State Fish hatchery and will reach a catchable size of 10 inches in a year-and-a-half to two years. “Most of these remote high-mountain lakes do not have the proper habitat and conditions to allow for natural reproduction,” notes Josh Nehring, CPW’s Assistant Aquatics Section Manager.

CPW is also using same-day air delivery to accelerate a native trout restoration project in the Sand Creek drainage. On August 24, the agency fitted a helicopter with a bucket scoop to transport adult Rio Grande cutthroat trout captured from Medano Creek into the Upper and Lower Sand Creek Lakes. Biologists hope these trout will spawn as early as 2022. Five hundred Rio Grande fingerlings from the Monte Vista Hatchery also will be stocked at the Sand Creek lakes via airplane later this year. The two lakes are part of a wider effort to reestablish the Rio Grande cutthroat, one of three trout species native to Colorado.