Drought Forces Closure on One of America’s Greatest Trout Fisheries 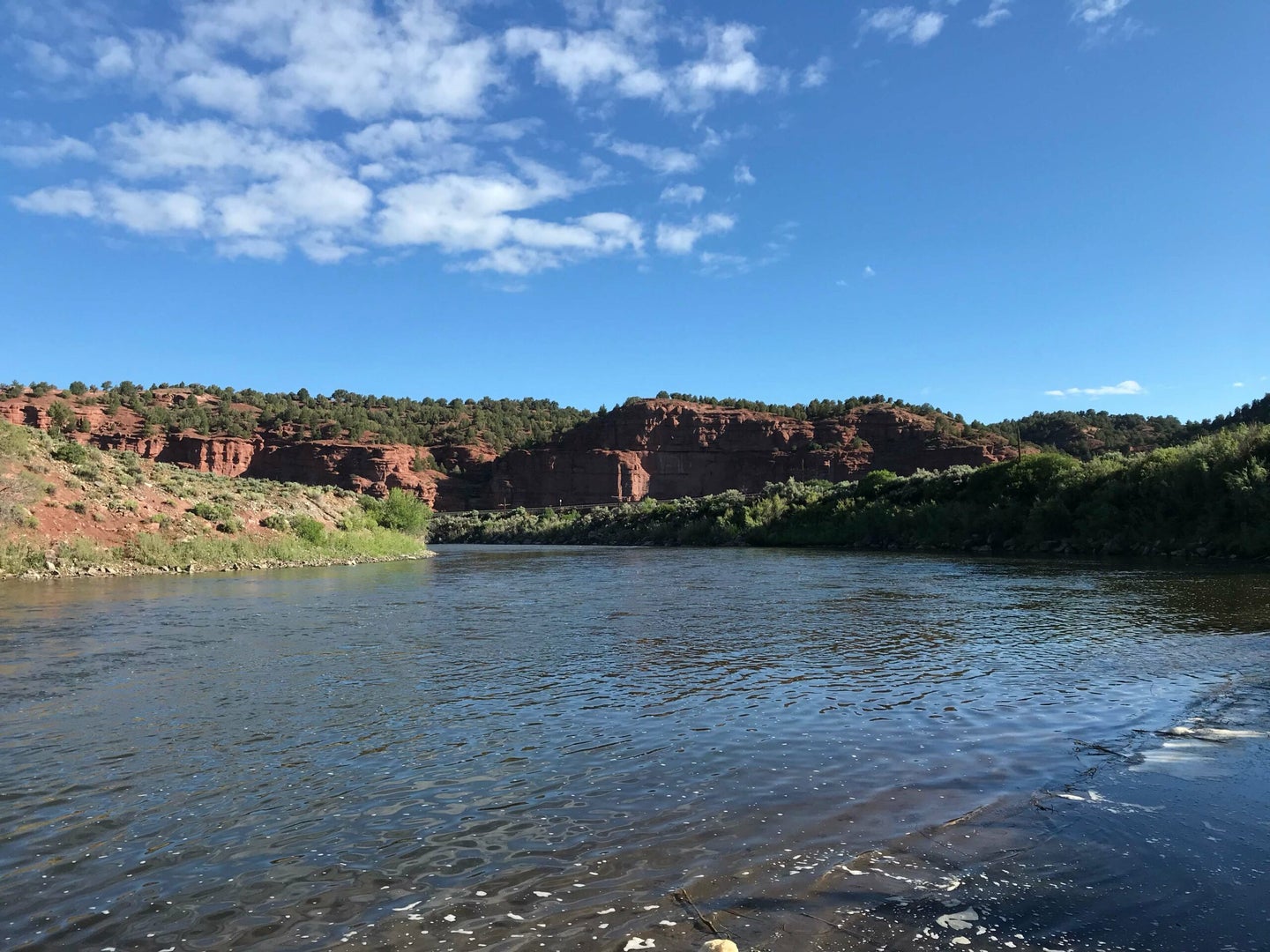 Flows on the stretch from Kremmling to Rifle are running at less than half of normal. Significant fish mortality has already been reported. Sage Marshall
SHARE

On July 7, Colorado Parks & Wildlife (CPW) instituted a voluntary fishing closure on over 120 miles of the Colorado River. The section, which runs from Kremmling to Rifle, is one of the most popular stretches of the river to fish in the state—and the entire West—because of its healthy population of trophy-size browns trout. Many commercial outfitters run drift-boat floats and wading trips on the well-known waters.

“We know that anglers care deeply about this fishery,” said CPW Aquatic Biologist Lori Martin in a press release. “We need their help to conserve this resource.”

The closure was caused mainly by low flows and high water temps. The gauge at Catamount Bridge has been measuring between 600 cfs and 700 cfs. Normal flows are between 1,500 cfs and 2,000 cfs. When water temps exceed 70 degrees Fahrenheit, trout stop feeding aggressively, become more susceptible to disease, and if caught and released, have a higher chance of dying. There have already been reports of significant fish mortality.

Drought conditions are not the only factor impacting the Colorado River fishery in and below Glenwood Canyon, however. Last summer’s 32,000-acre Grizzly Creek Fire has led to soil erosion and repeated mudslides that push debris into the waterway. “With the high sediment load, the fish can’t find clear water,” says CPW Aquatic Biologist Kendall Bakich “They’ve got to sit through those conditions. And at nighttime, the temp isn’t coming down enough, so there’s no recovery for those fish right now. They’ve just got to hang on.”

While the current closure is considered voluntary, CPW may make it mandatory if conditions worsen or if anglers don’t comply with the voluntary closure. Though wildlife management agencies regularly use closures to manage fisheries across the West, a full-day closure on such a broad segment of the Colorado River is rare—and is a testament to how extreme the current conditions are.

An extended drought has been impacting rivers across Colorado and the American West, and the Colorado River basin appears to be one of the hardest hit drainages. Fishing closures in the region include a section of the Upper Gunnison, the Yampa River near Steamboat,  and the first-ever closure of the Upper Dolores River, not to mention those in neighboring states such as Montana.

Anglers Can Help Save Trout This Summer

As the dog days of summer arrive, trout anglers all over the country should pay attention to water conditions. It’s a good idea to carry a thermometer with you and cease fishing when water temperatures near 70 degrees. “If trout have difficulty recovering after being caught and are acting lethargic, it’s a good decision to call it quits for the day,” says Martin.

Additional ways to minimize over-stressing trout where water are still open include fishing in the morning when the water is still cool and using heavy line or tippet to land fish quickly before releasing them. You might also consider practicing catch-and-keep fishing as local regulations allow. It’s a good time of year to seek out trout in high alpine lakes and streams or to switch to targeting warm-water species until the summer’s heat subsides.