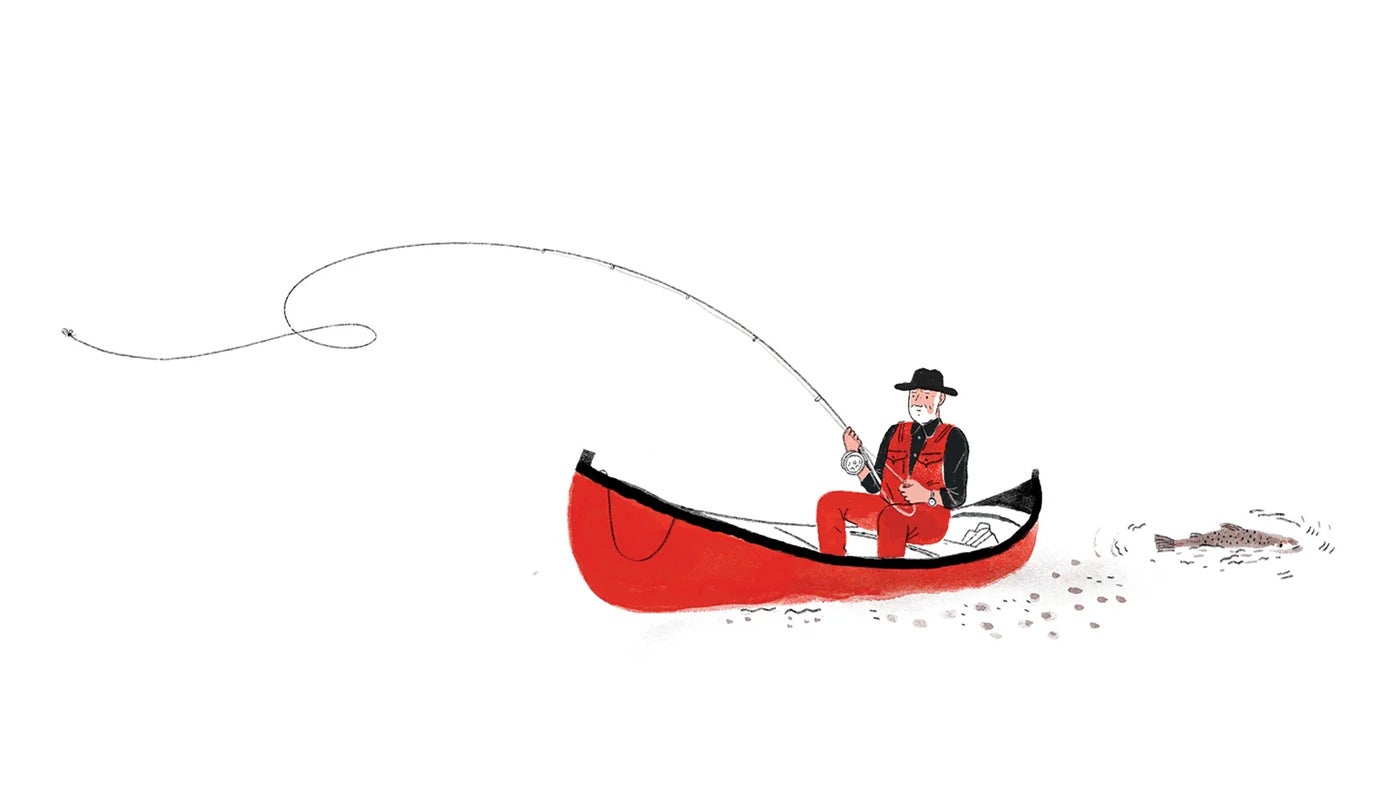 The Real Secret to Being a Mentor in the Outdoors

The author wanted to share his wisdom and experience. Turns out, he has plenty to learn himself

I WAS FINGERPRINTED, twice, provided three references, and underwent a background check. I couldn’t remember ever having been arrested, but as the process wound on, I was less and less sure. It seemed like anybody qualified to be a mentor would have to be so saintlike that he’d have nothing in common with the kids he was supposed to be helping.

Then came the sniff test, an interview with the program director. I’d rehearsed phrases I thought he’d be looking for, like “giving back to the community” and “helping a young man fulfill his potential.” But when the moment actually came, I heard myself sigh and say, “Hey, man, I’m just trying to get into heaven, you know?” It surprised even me, and I wondered whether the desire to pad my résumé was universal in older men or this was just me. Either way, my answer seemed to satisfy the guy.

The YMCA matched me with a boy I’ll call Timothy, the child of divorced parents. He has occasional fits of rage and sometimes gets into fights at school. His mother thought he needed “a steady male influence.” I had the male part down and figured I was at least average for the steady.

It’s 10:30 on an overcast Sunday when he gets in my car at his house wearing the same dirty sweatpants he had on last week but with spanking new tricolor basketball shoes, a ninth-birthday present from his father, who he sees once or twice a month. He’s missing his glasses, says some guys at school broke them and that he thinks his mom is getting him another pair soon. His hair is uncombed and there’s syrup on his face. He looks like he just rolled out of bed and tells me he was up late streaming games with his older brother. “What’re we doing today?” he asks.

I tell him we’re going to a day spa to get pedicures and facials, and he rolls his eyes. It has rained the last three days, so in addition to the perch fishing being screwed up, the courts are too wet for pickleball, which has become our standard activity of late. But the Potomac in flood is a dramatic thing, and I’m thinking that the sight of all that furious water might have an effect on him. He shrugs, as if to say that it doesn’t sound all that exciting after a night of Grand Theft Auto, but if it’s the only channel that’s on, he’ll watch it.

There are all kinds of things I’d like to teach him—how to ride a bike, how to bait his own hook, how not to be afraid in the woods, a place that scares him because you can get lost there. But I’m discovering that all the skills I’m dying to teach him aren’t what this is about. The time we went fishing, he didn’t catch anything—a violation of what I’ve written many times is the cardinal rule of a kid’s first fishing trip—which has temporarily extinguished his desire to repeat the outing. That’s a bitter pill, but it’s on me. I’m learning that he needs to be in the driver’s seat for this to work. Me trying to force things shuts him down. Besides, he was thrilled to see his first turtle and blue heron on that trip, so it wasn’t a total bust.

For six months, Timothy had played his cards so close to his Spider-Man shirt that I thought maybe he was unhappy and wanted a different mentor. I finally decided that I’d have to accept his decision, but I wasn’t going to be the one to quit. Operating on the idea that the fastest way to a boy’s heart is through his stomach, I made sure that each outing ended with a stop for pizza, ice cream, or burgers. The first time I took him to McDonald’s, he ordered two double cheeseburgers. Timothy weighs all of 65 pounds, so I asked whether he could eat that much. “One’s to take home for later,” he explained. Good idea, I told him.

Recently, I think we’ve been making progress. Two weeks ago, I complimented him on his growing pickleball skills. “Well, I was taught by the best,” he murmured. This was the most positive thing he’d said in our whole nine months together. And last week, he played air guitar on his paddle and made sound effects when he made a particularly good shot. Then, as we drove to McDonald’s, he made believe his energy level—expressed as a percentage—was crashing. He pretended to be disoriented as we staggered into McDonald’s at 6 percent, but we managed to get him refueled before he crashed outright. This new openness is a sea change. And I love that I’m a mentor to a kid who’s a goofball.

At the river, it turns out that the footbridge to the overlook is closed, but there’s a place with a good view of a major side channel. And here the water is raging with an anger even greater than his, tossing up whole tree trunks here and there like stray spittle from some beast. He’s flabbergasted by such power. No video game is this real. “This is so cool,” he murmurs, transfixed. Back in the car, he asks when Great Falls was built. It takes me a minute to digest this. “A really long time ago,” I say. “Like millions of years.”

He says, “Oh,” and we leave it at that. We stop for ice cream on the way home, and he’s unusually talkative. Are these the biggest falls in the world? Are they always on?

As I drop him off, he says he’ll see me next week and practically skips up the steps to his house. I’m struck by this, by the way he’s now counting on there being a next time. As I drive home, what I realize is that all the things that I thought made me want to be a mentor—my wisdom in the ways of the world, my good heart, my pickleball expertise—aren’t what’s needed. All he wants is my focused attention. That’s it. It’s humbling in a way. And sort of liberating. It’s something I can give. And who knows? If this works out, maybe I will get into heaven.