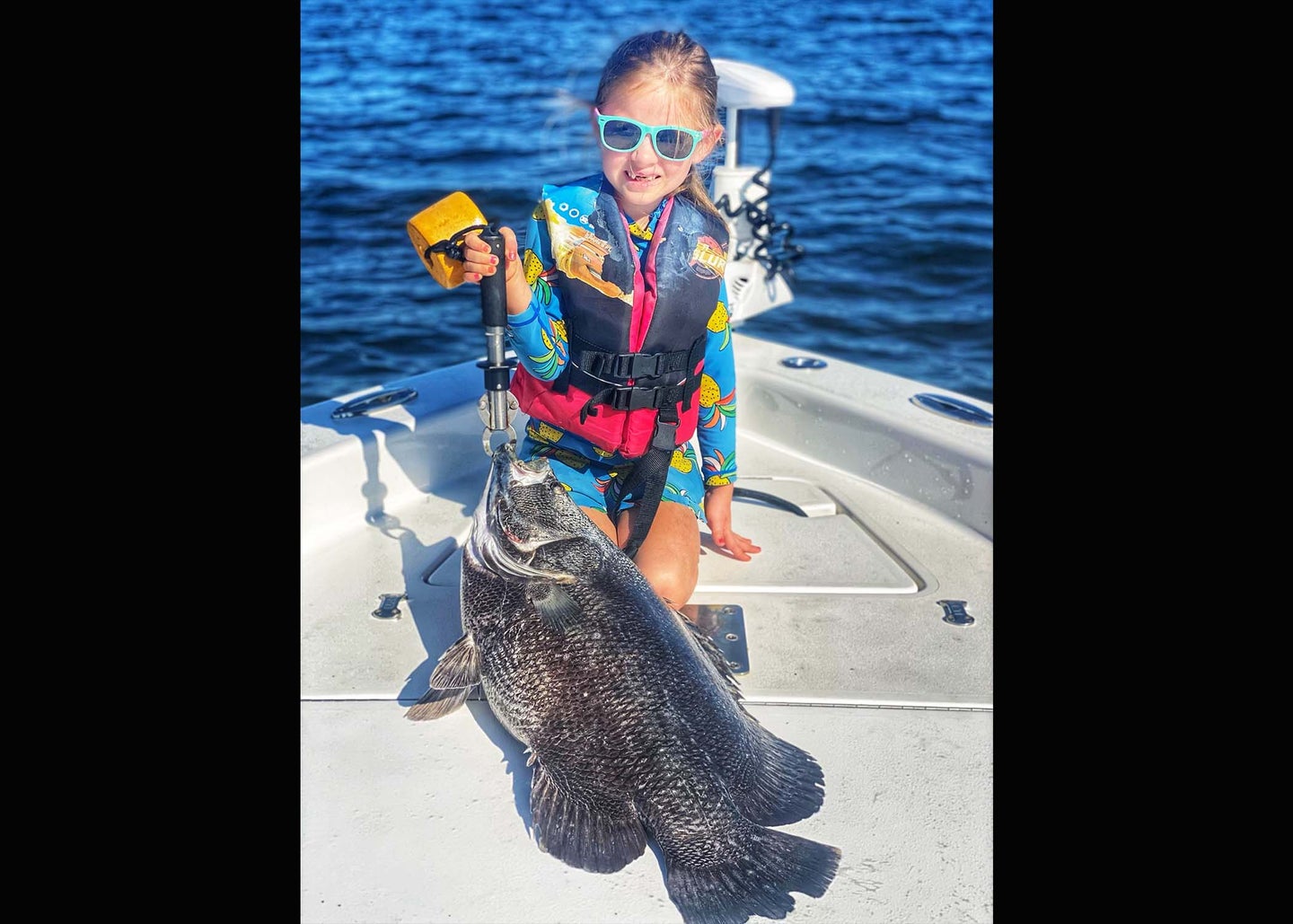 This is a heck of a catch for any angler. Jay O'Brien
SHARE

Six-year-old Alabaman Mirabella O’Brien caught a 16-pound, 5-ounce tripletail that was nearly as big as her last month. The fish is currently a pending IGFA Female Smallfry record for the species. She hooked and reeled the fish to the boat all by herself, which is an impressive feat for such a young angler. Mirabella had some good coaching while she fought the big fish. She was with her dad, Jay O’Brien, who’s a well-known charter captain with Irish Wake Fishing. The duo was out on a “daddy-daughter” fishing trip off of Alabama’s Gulf Coast. O’Brien says Mirabella has been fishing since she was two.

“She’s ate up with [fishing],” says O’Brien. “You know, you don’t find many young girls that are that ate up with it, but she just loves it. She has grinded in tournaments with me from daylight to dark before. She’s just got a competitive spirit about her.”

O’Brien had been having trouble finding a good day to go out on their yearly “daddy-daughter” day because of a busy charter season, but they were able to go on O’Brien’s birthday—and the last day before school started for Mirabella—when a party canceled last-minute because of a COVID-19 exposure. O’Brien drifts live shrimp under a cork near structure to target tripletail. Unlike many other tripletail anglers, he uses circle hooks. Mirabella is no stranger to catching big tripletails, but she typically gets some help from dad.

“Usually I have to do the hook set for her and then kind of help her fight the fish,” says O’Brien. “I’ve been trying to work with her to where she’s completely self-sufficient. She’s caught 7- to 10-pounders by herself, but nothing ever bigger than that.”

O’Brien was on a phone call from a friend when he saw the cork shoot across the water. He knew it was a big fish and felt like it was a perfect opportunity for Mirabella. He gave her the rod, and she laid into it. Mirabella almost brought the fish in right away for an early net-shot, but then the whopper turned and gave Mirabella a solid fight. By the time she brought it boat-side, “she was almost in tears,” says O’Brien. “It pushed her to her physical limits.”

When the fish was aboard, “she got really excited,” adds O’Brien. “The fish was laying on the deck, and she was petting the fish. It was really cool.”