Jacob Runyon and Chase Cominski appeared in a Cleveland, Ohio courtroom today and were later released on personal bonds of $2,500 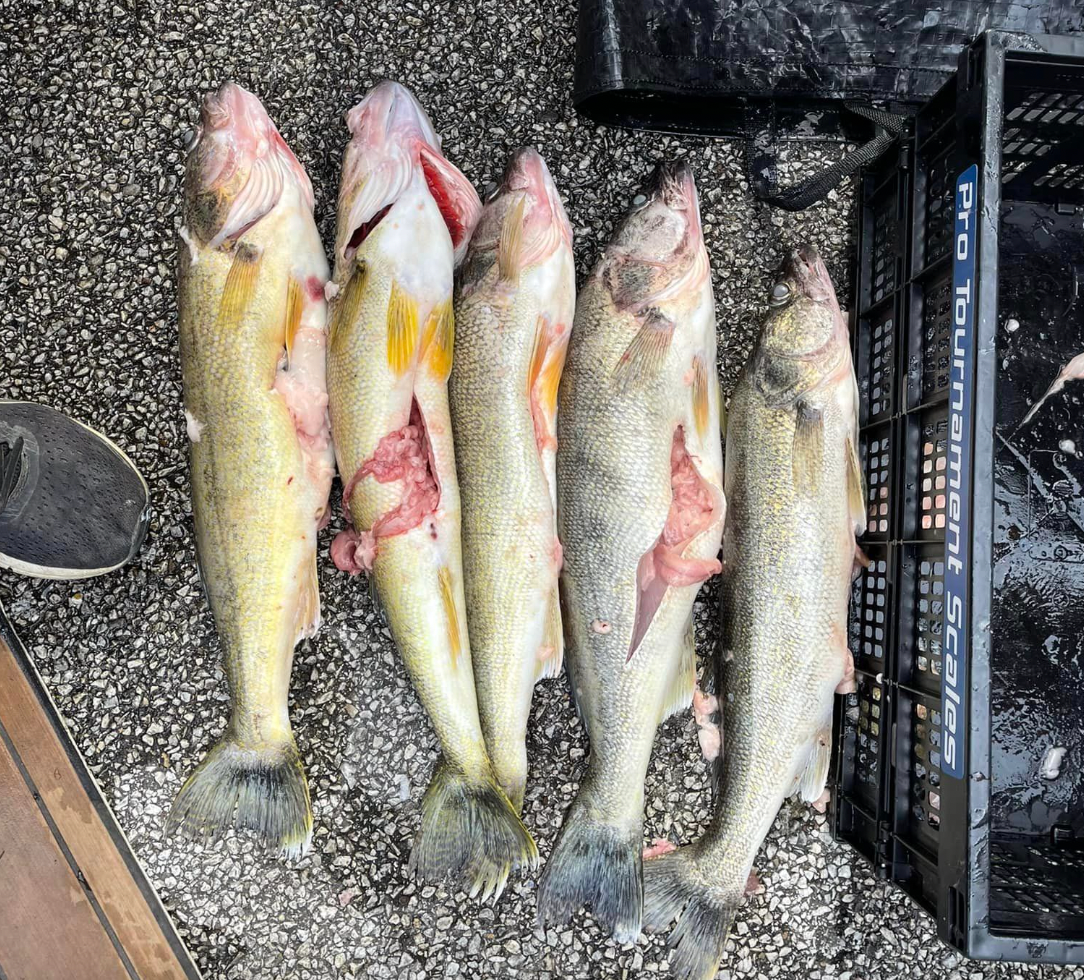 The walleye anglers caught stuffing their fish with lead weights ahead of a weigh-in pleaded not guilty. Lake Erie Walleye Trail
SHARE

Two tournament anglers who were caught stuffing lead weights and fish filets into the bodies of walleyes ahead of a tournament weigh-in in Ohio pleaded not guilty to cheating and other charges today. The alleged cheating occurred during a September 30 tournament on Lake Erie.

Jacob Runyon and fishing partner Chase Cominski stood to win up to $30,000 in prize money before Jason Fischer, director for the Lake Erie Walleye Trail tournament series, realized that they were artificially inflating the weight of their fish with large egg-shaped, lead sinkers and the fillets of other walleyes. A crowd of angry spectators and fellow participants assembled around Runyon in the wake of the discovery, but Cominski had already left the site of the weigh-in.

Officials with the Ohio Department of Natural Resources confiscated the walleye bodies and investigated the incident. Both men were later charged with felonies that could carry up to 12 months in prison and fines of $2,500 per offense. Cominski’s fishing boat was seized from his Hermitage, Pennsylvania home, on Tuesday, October 11. The men were later indicted but were released today on personal bonds of $2,500, according to the Associated Press.

Neither Runyon nor Cominski commented during their short court appearance in a Cleveland courtroom today, and their attorney declined to provide comment as well, the AP reports. Assistant Cuyahoga County Prosecutor James Gutierrez also opted not to talk to reporters, instead referring questions to a spokesperson. Other charges brought by the prosecutor include attempted grand theft, possessing criminal tools, and misdemeanor charges of unlawfully owning wild animals.