Why Snakeheads Are Better Than Bass

They strike hard and fight harder—plus they're great to eat. But can this invasive become one of the most popular sportfish in America? 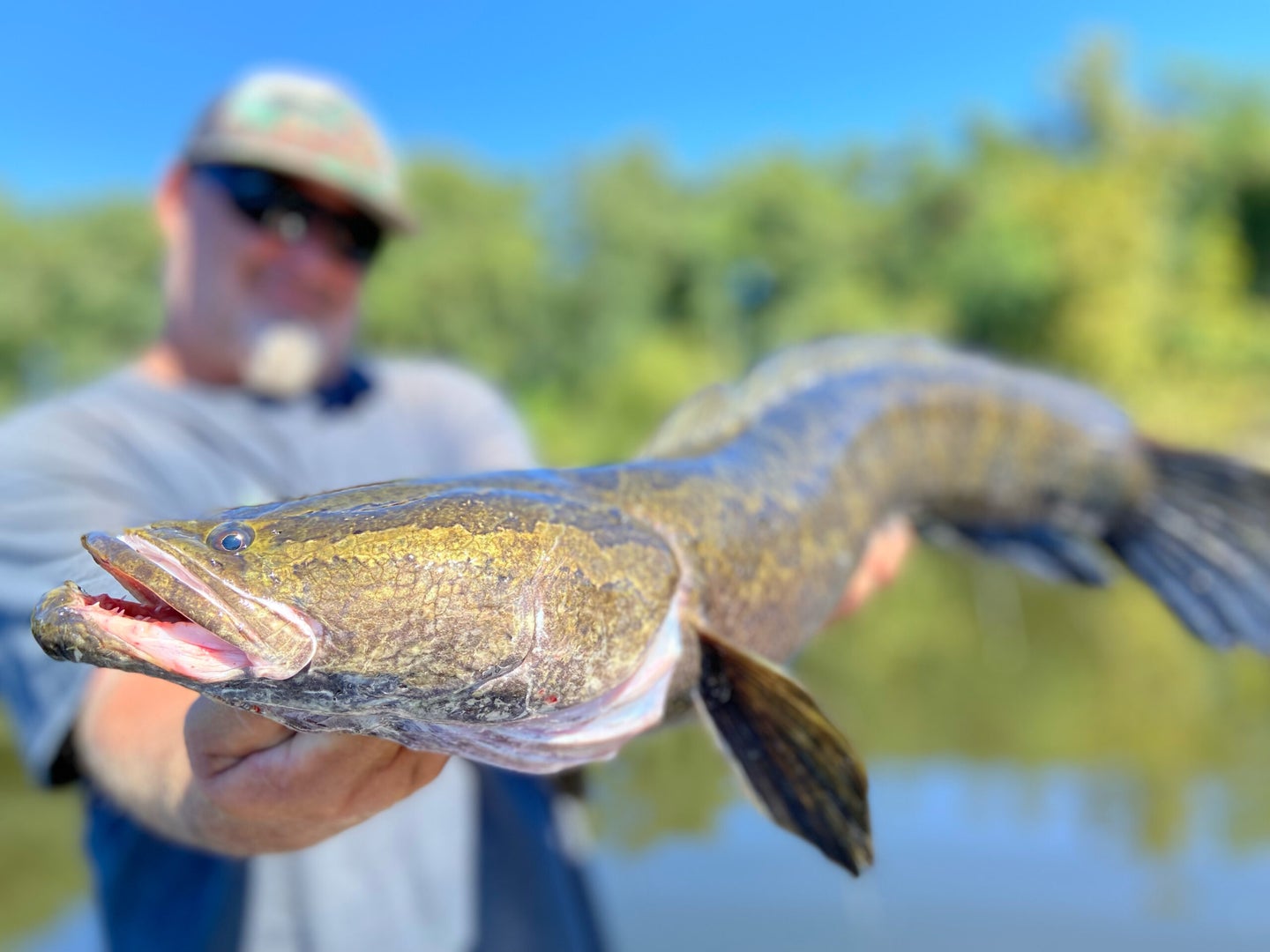 I can tell just by the take that a largemouth ate my frog. It was sudden but quiet, creating a muted dimple on the surface along the lily pads. Not much fanfare in the hit. Now, I’m not suggesting that bass never eat a hollow-body frog in a violent way, because they do when they’re in the mood or when they’re big. But in the waters I fish, the bass are on the smaller side and tend to drag a frog under instead of inhaling the bait. This two-pounder gives me one jump when I set the hook, and you’d think after spending an entire July afternoon roasting in a South Jersey marsh with zero bites so far, I’d be grateful. But I’m not.

I’m disappointed that it isn’t a snakehead. Snakeheads are worth the sweat and the heat stroke. Bass? Not so much.

The Vicious Thrill of a Snakehead Strike

When a snakehead eats, it’s at the surface most of the time—and it’s an adrenaline rush every time. These fish are typically caught in less than a foot of water, and unlike bass, they stalk a topwater lure before they hit, sometimes for 10 feet or more. You track the wake and know the fish is there, then you have to dial in the rhythm it takes to get them to commit. Speed up? Slow down? Pause? You only have seconds to decide and if you get it right, the fish will take down that bait with a deep, sharp, ripping suck.

Set the hook and the fish goes ballistic, thrashing and flipping into the air. If you’re not armed with a stout rod and 40- or 50-pound braid, the odds of keeping those hooks in that rock-hard jaw and getting that fish to the net drop significantly. The game is, in my opinion, more challenging, more visual, and more exciting than weeding through a pile of one-pound bass at the local lake, hoping for one or two good fish. Right now, that opinion the is minority, but I predict that will eventually change.

Largemouths are America’s favorite gamefish, but that didn’t happen overnight. It took decades of stocking to get them in enough places to become accessible to almost every angler in the U.S. If, then, you factor accessibility into what makes a gamefish popular, it’s not outside the realm of possibility that, in the future, snakeheads could overtake largemouth bass in the popularity contest. The only difference between snakeheads and bass is that bass were implanted where they didn’t exist on purpose; snakeheads were not. Both are aggressive. Both disrupted the natural order of things to some degree when they arrived. But as snakeheads spread naturally and through illicit dumping, an increasing number of anglers are deciding that they hold greater appeal as a target than largemouth bass.

Steven Cahn, the owner of Maryland-based High Octane Custom Baits, is banking on the popularity of snakeheads continuing to rise with the inevitable expansion of their range. High Octane is one a just a few lure companies producing baits specifically for snakehead anglers. To the untrained eye, these lures don’t look much different from standard bass lures: They’re hollow frogs, buzzbaits, chatterbaits, and spinnerbaits. The difference is that Cahn and his team craft them to stand up the harder punishment snakeheads dish out. The wires are thicker, the colors are louder, the hooks are beefier, and every bait is tweaked to perform in the nastiest cover. Cahn only started High Octane in in 2019. In the beginning, he was receiving one or two orders a week. Two years later, he’s gotten so busy he’s had to temporarily shut his website down to keep up with orders. His baits are now in shops across Maryland and into Virginia—the very region where snakeheads first popped up more than 20 years ago, creating a national panic. It’s also the area where they’ve been around the longest, which means anglers here have had more time to come around.

“Marylanders were born with a crabbing license and a fishing license,” Cahn says. “That’s just what you did—went crabbing and fished the bay for rockfish. There were also perch and pickerel in the rivers, but when the rockfish started declining, I think people were looking for something else to start chasing.”

Snakeheads filled a void, and while I didn’t have the same void farther north in New Jersey, these fish were simply a break from the norm. Suddenly, there was a fish that lived in swampy habitat I’d never had much reason to explore, that behaved completely differently, and that required a whole new approach than every local fish I’d been chasing my whole life.

That was enough to hook me, though Cahn says he’s noticed for most people, “it takes catching your first one to really flip you.” Enough people have already been flipped to support snakehead tournaments up and down the East Coast, and the number of participants is growing year over year.

Cahn also pointed out that snakeheads offer a benefit off the water that bass don’t—excellent table fare. Before my friends in the South freak out about that: Yes, I do understand that many people take largemouth for the table. But it’s fair to say that the most serious bass anglers release them (and would feel guilty about keeping them).

“Snakeheads are the total package,” Cahn says. “You get a hit and fight that’s 10 times better than most fish you’ll put on a hook. Now you can legally release these fish in most places, so I can put that fish back and do it again tomorrow or I can take it home for my family and we can enjoy one of the best-tasting fish in the area.”

I don’t kill every snakehead I catch, but I get more excited about snakehead tacos than those made from any other local freshwater species. It’s a firmer meat—more akin in taste and texture to a saltwater snapper or grouper, but the food value does not outweigh the sporting abilities of these fish. Like Cahn, I believe there will come a time when snakeheads are as accepted as bass, pike, walleyes, and perch—especially considering 20 years of study in Maryland has led some biologists to conclude that they are not as detrimental to the ecosystem as once feared. People that fish where snakeheads don’t exist have the hardest time believing and accepting those conclusions, but for those of us who witness the coexistence of snakeheads and the other gamefish firsthand, fears of a total ecosystem decimation have long been quelled. The only thing I worry about is whether I’ll choke or keep poised when a 10-pound black torpedo is homing in on my frog.