A Florida firefighter competing in the St. Pete Open spearfishing tournament was happily surprised when he speared a 409-pound Warsaw... 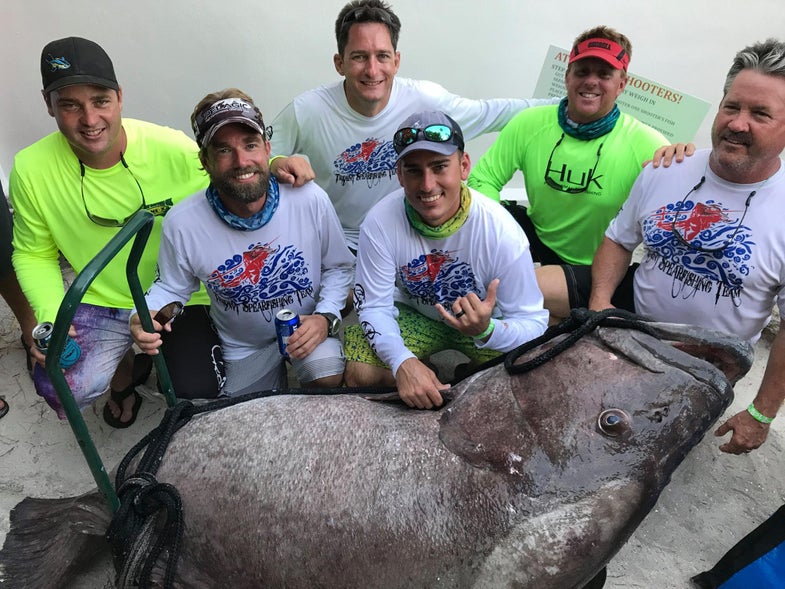 A Florida firefighter competing in the St. Pete Open spearfishing tournament was happily surprised when he speared a 409-pound Warsaw grouper on Saturday.

“Everything hovered around 300,” James Taylor tells Fox News. “We got it on the scale. It was crazy. It’s a whole other ball game hitting past 400.”

Taylor, a soon-to-be dad, was 85 miles off the coast of St. Pete’s Beach and spearfishing 250 feet deep during the tournament. The competition was only for black grouper, so Taylor’s Warsaw beast didn’t win him the tournament—but it may be a new record.

“That’s top of the top,” Taylor says. “I don’t know what else I’m going to hunt for after that.”

ABC Action News reports the current Warsaw grouper record is 436 pounds hooked. Taylor is awaiting word from the Underwater Spearfishing Association on whether or not his fish (which he filleted and shared) qualifies as the biggest Warsaw grouper on the books for spearfishing.

According to NOAA Fisheries, Warsaws are not endangered but are considered a species of concern from Massachusetts to the Gulf of Mexico.