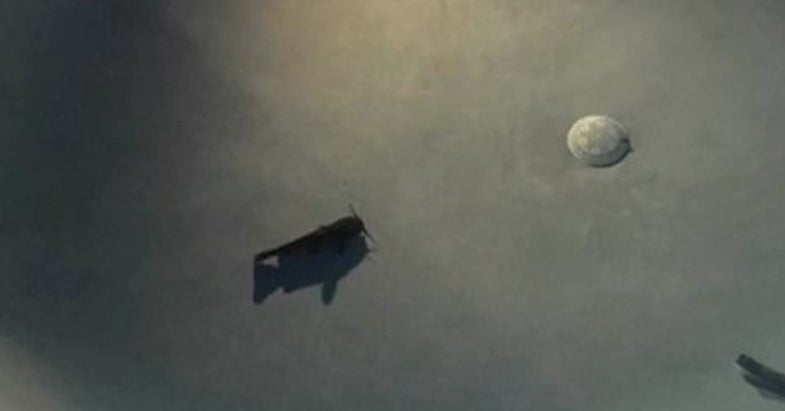 A mellow day for a Florida man was recently interrupted by a big splash.

NBC affiliate WFLA reports that last week Leonard Vanderpool and his wife were watching television when they heard a loud crash in the backyard. Vanderpool got up to investigate and found that a sizable bullhead catfish had crashed through the screened-in porch covering his pool and landed in the water. “The fish was swimming like crazy,” Vanderpool told reporters.

Vanderpool then called police to assist him with the cat. “We took 10 minutes to get him out of the water,” he later said. “Then the policeman put him in a big bucket that I had. It just barely fit in there.”

It’s unclear, though, just how much the fish weighed.

Vanderpool’s wife later said that she doubted anyone would have believed the story had the responding officer not taken photos to prove it.

Authorities suspect that a bird had scooped the catfish out of the water, then accidentally dropped it mid-flight. Vanderpool confirmed that the catfish had talon marks on its back.

Remarkably, the catfish survived the fall, and police were able to release it into a nearby lake.