Hook Shots: Giant New Hampshire White Perch by FieldandStream In most parts of the country, white perch are small and... 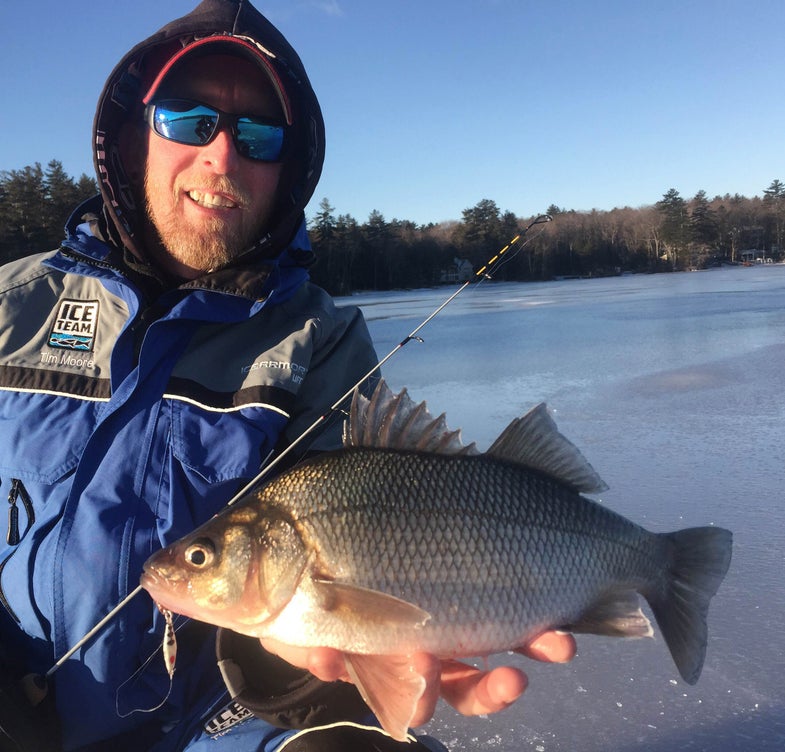 In most parts of the country, white perch are small and not exactly popular targets. That’s not the case on Lake Winnipesaukee in New Hampshire. Thanks to a strong population of smelt, Winni’s perch grow fat, frequently topping two pounds. And the numbers of jumbo whites in the lake have enough drawing power to make them the winter time bread and butter of ice guides like Tim Moore.

As perch are schooling fish, if you play your cards right, you can find yourself in the middle of a hardwater “blitz” with genuine drop-and-reel fishing. Best of all, big whites have big shoulders. Of course, getting on them requires the conditions to be on your side, which the Hook Shots crew finds out isn’t always guaranteed when the winter’s mild. But where there’s a will (and a toasty ice shelter), there’s a way. 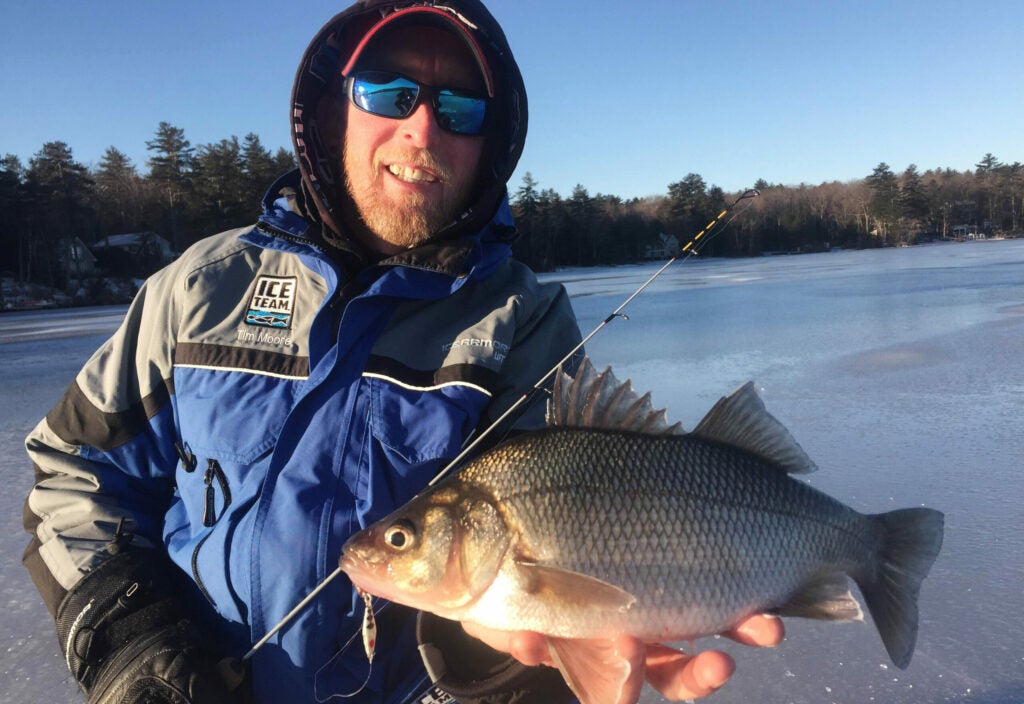 Tim Moore with a White Perch

Tim Moore with a White Perch

White perch are technically a saltwater species that found their way into many bodies of freshwater from New England to the Midwest during the construction of the Erie Canal. While the inland whites may no longer have salt running through their gills, they’ve still got their saltwater attitudes and habits. When you hook a hefty white perch, you know it. However, in most places where these fish live, the fish are generally small, making them a largely unpopular target. Lake Winnipesaukee (and a few other waters) is an exception, known particualrly for its monster whites. A cousin of the striped bass, these fish roam basins in winter gorging on Winnie’s resident smelt, fattening up during the colder months.

Hardwater guide Tim Moore targets white perch from first ice to last, although he says March is arguably the best month to get on good numbers of big whites. That is, of course, if Mother Nature doesn’t throw you a curve ball and make that late ice iffy. In this episode, Moore had to work around open water, collapsed pressure ridges, and decaying shoreline ice to stay on the fish. That’s no easy task, so if you want to play it a little safer, book your trip in February. 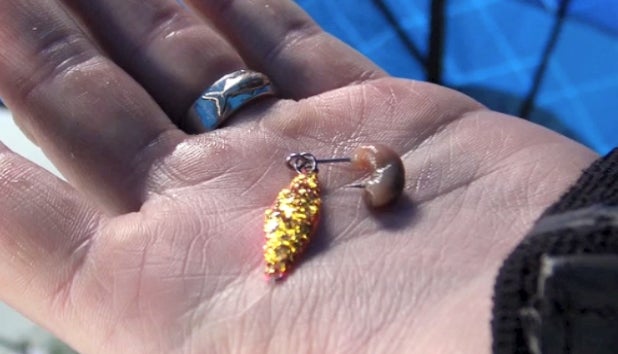 Moore stresses that having your gear dialed in for white perch is critical. You need a rod with a little backbone, but plenty of sensitivity in the tip to feel subtle bites. While those bites aren’t always subtle, he says the bigger fish often tap lightly. Moore likes a 28-inch rod, and he spools with 4-pound-test fluorocarbon. This line provides the strength to battle perch, but also lets you feel your slab spoon or jig with finger nail sensitivity. Small spoons tipped with a piece of worm get the nod for drawing strikes, however, when the action gets fierce, the worm becomes irrelevant.

If you’re into staying somewhere with some real New Hampshire character, check out Sun Valley Cottages in Laconia. The folks that run it are friendly, the accommodations are clean and rustic, and you can opt for everything from a small mountain cottage to a 3-bedroom cabin at very reasonable prices. If you need a little assistance finding those slob perch on the ice, there is no better guide than Tim Moore. He’s a true Winnie vet, a member of the Ice Team, and has every basin and cove dialed.