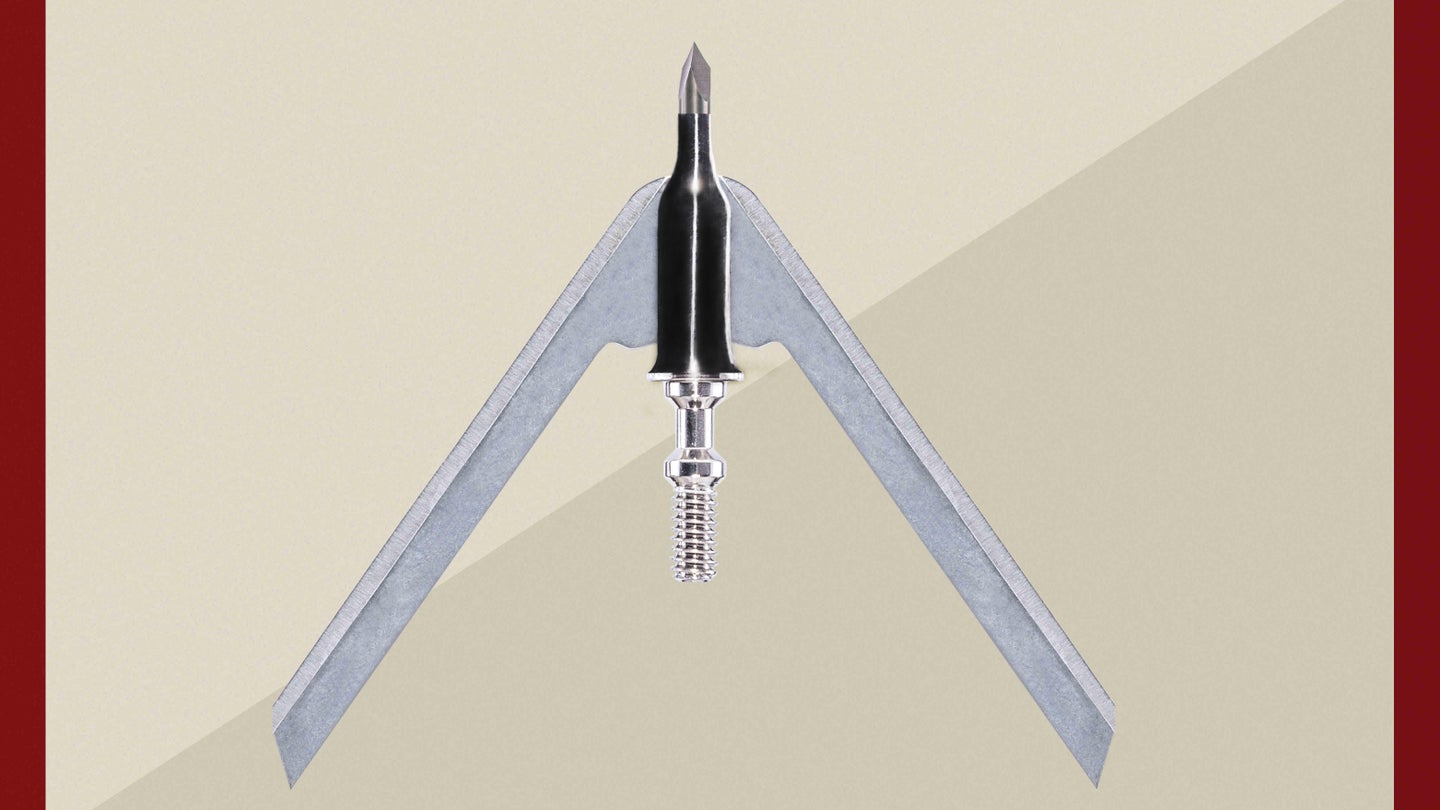 The all-new 6.5 BleedMore broadhead is guaranteed to put meat in the freezer. Field & Stream
SHARE

As a rule, you won’t catch me gushing about a new product without really testing it in the field, but I’ve found something special in the midst of our second annual broadhead review. Just like last year, I’m putting the newest broadheads through the ringer (and a bunch of cattle ribs) this spring—all to nail down the Best of the Best in our three broadhead categories: Fixed, Mechanical, and Crossbow.

Prior to even finishing the test, choosing an overall favorite new mechanical head for 2021 is a no-brainer. It’s the new 6.5 BleedMore—a spring-loaded 2-blade mechanical broadhead, designed specifically to be used with the new crop of high-performance crossbows. It sports a staggering 6½-inch cutting diameter, by far the biggest of any broadhead in production.

“Really, it was our customer feedback that led to this design,” says Terry Bleedmore, owner of Texas Heart Shot Industries, LLC., parent company of the 6.5 BM. “Over and again, our guys have come to me and said, ‘Terry, I just spent $4,000 on a crossbow, and I’ve got to put some deer in the freezer to justify it. I need a broadhead that works no matter what.’”

Inventor and entrepreneur that he is, Bleedmore has delivered just that. The 6.5 BM’s massive blades are each made of surgical-sharp stainless steel and are housed in a 4-inch titanium ferrule that helps keep overall weight down. Still, it is a big broadhead, with the finished package weighing 200 grains. It’ll cost you some speed, but that extra weight at the front of your arrow dramatically increases its Front of Center and penetration potential.

“Look, that’s really the whole point,” Bleedmore says. “It’s not just talk.” Fired from a proper crossbow, his new broadhead is guaranteed to kill a whitetail deer from any shot angle, making worries about a bad hit or sparse blood trail a thing of the past.

“Fact is, having to wait on a so-called ‘perfect’ shot angle is one of the single biggest threats we face in the effort to recruit new hunters,” Bleedmore says. “I mean, what if it’s getting dark and a deer won’t turn broadside? If a kid doesn’t get to shoot today, he’s staying home to play Minecraft tomorrow. With these broadheads, there’s no worry about that. Just put the dot on the spot, and let it eat.”

Originally, I did have one complaint about the broadhead. Given how innovative the product is, I thought a play on the popular rifle cartridge was a little lazy. But Bleedmore was quick to correct any misunderstanding. He said that not only is his broadhead made in America but in Texas—and that he didn’t appreciate it being compared to “a wimpy bullet named after a Yankee rifle range.”

“Look, I’m a bowhunter through and through,” Bleedmore said, “not some man-bun-wearing hippie who shoots deer with a rifle. My product is named after me and me alone.”

Sales of the new 6.5 BleedMore will begin well in advance of the fall season. They’ll start at $100 per three-pack but could go up from there, says Bleedmore, “depending on how many folks call in about the guarantee.”