Fixed-power scopes tend to be lighter, brighter, and tougher than variables. If you pick the right magnification, they're all you'll ever need for hunting 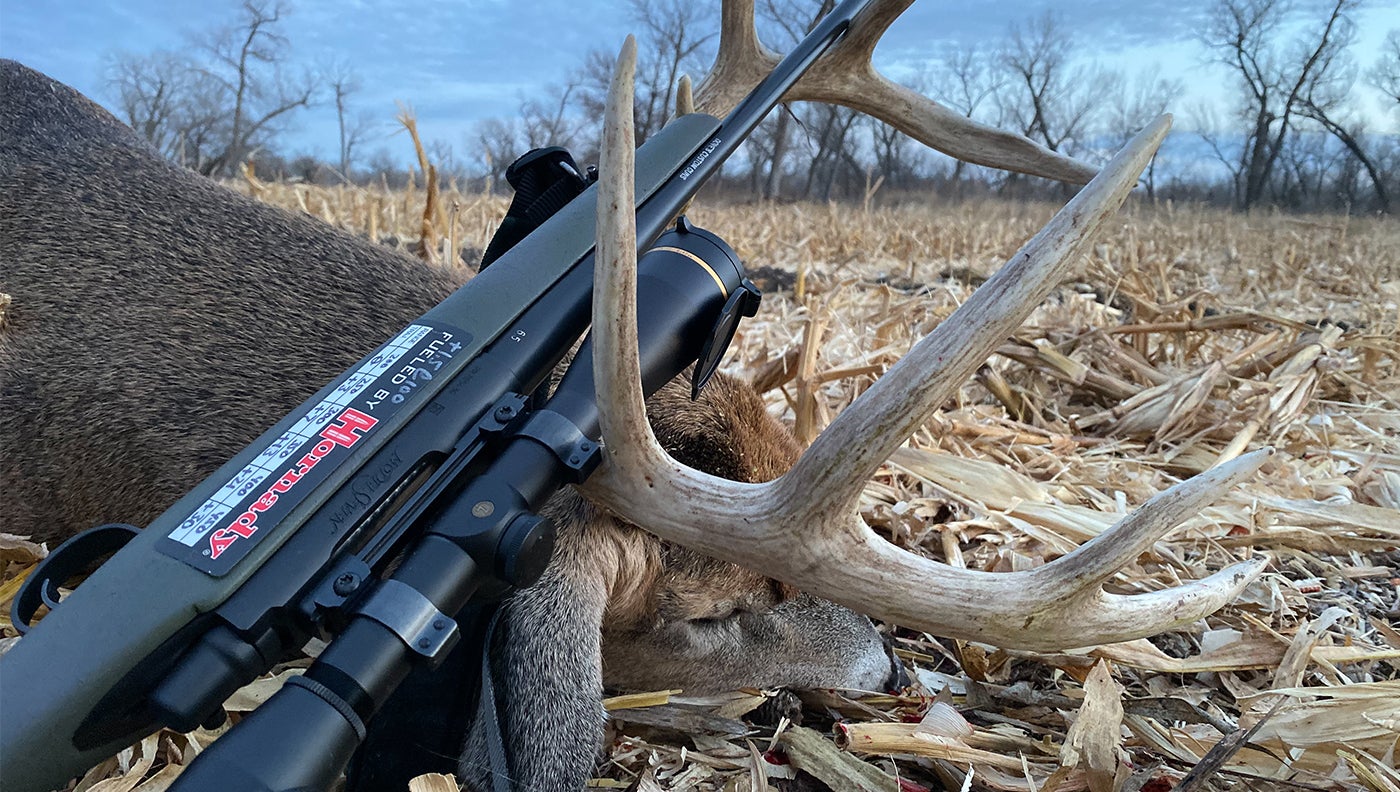 Fixed-power riflescopes do not have the versatility of variables, but they’re tougher than shoe leather and suitable for most hunting situations. Richard Mann
SHARE

When I began shooting in the 70s, a man with a riflescope was considered wealthy. If his riflescope was a Leupold or if it offered variable magnification, that dude was rich. I didn’t get my first riflescope until my teens. It was an inexpensive 4X Weaver, but it changed my life; I began making shots like gun writers bragged about in the magazines. Now, fixed-power riflescopes are nearly extinct. Anyone using a fixed-power today might be looked at as all-but destitute and only marginally better off than if he were using open sights. But that’s the wrong way to look at it.

Fixed-power riflescopes actually have some advantages over variable-power copes. First, they’re smaller and lighter. One reason they’re lighter is because they contain fewer lenses than variable scopes. Also, the fewer lenses light must pass through, the brighter the image you see. Fixed scopes are often more reliable and hold zero better than variables because they have fewer moving parts. And because they’re less complicated to build, they tend be less expensive than variable powers of the same quality.

At the risk of stating the obvious, if you’re using a fixed-power riflescope, you’ll never shoulder your rifle only to find you have the magnification set too low or too high for the shot you need to take. The other side of the coin is that this makes selecting the magnification of your fixed-power scope really important. You don’t want a riflescope that will limit shot opportunities. Though there are some 10X and ultra-high magnification fixed-power target scopes, they’re specialized instruments. Most fixed-power hunting model have a magnification between 2X and 8X.

I’ve always felt that 1X magnification for every 100 feet you intend to shoot is a good guide. This equates to a 3X riflescope at 100 yards, a 6X riflescope at 200 yards, and so on. A decent marksman can hit about anything he needs to hit with this much magnification. In fact, for the big-game hunter operating in open country, you don’t even need that much. I took my first mule deer buck on a wide-open Montana prairie at 318 yards with a fixed 6-power scope. My first black bear was taken in a high Montana meadow at about 220 yards with a fixed 4-power.

When you step into the timber things change. Once while glassing a hardwood ridge, I spotted a whitetail buck rubbing his antlers on a sapling. I could see him plainly with my 6X binoculars but when I shouldered my rifle, he was invisible through my fixed 2.5X scope. It just didn’t have enough resolution to see him through the clutter, and he was only about 75 yards away. Though it might seem to defy all conventional wisdom, in these instances you need more magnification than you do in open country where shots are typically longer.

The best application for 2X to 2.5X fixed-power scope is on a dangerous-game rifle, where shots will be close and a wide field of view is appreciated. Leupold’s FX-II Ultralight 2.5X20mm is an ideal close-range dangerous-game riflescope. Low-magnification fixed-power scopes with at least 9 to 10 inches of eye relief, like the Burris 2.75X Scout Scope, work well on Scout Rifles. Both are especially handy for snap shooting running game. I’ve taken a lot of warthogs this way in Africa.

The 7X and 8X fixed-powers are somewhat specialized. Those with illuminated reticles and large objectives, like GPO’s Spectra 7.5X50i and Meopta’s MeoStar R2 8X56mm RD, provide low light performance equal to or better than any riflescope. They’re not cheap either. The Meopta will set you back at about $1,500. These are high-end riflescopes and are very popular in Europe where a good portion of the hunting is done at night. The combination of large exit pupils, high twilight factors, and remarkably good glass, let you see well enough to shoot in conditions with minimal ambient light.

The best fixed-power riflescopes for the average big-game hunter offer 4X or 6X magnification. But there aren’t many options. Excluding tactical sights and low-end Chinese optics, Leupold is really the only quality choice. They still offer their iconic and seemingly indestructible 7.5-ounce FX-I 4X28mm fixed-power. Parallax free at 60 yards, it’s marketed for rimfires, but it’ll work on a centerfire rifle. Leupold’s excellent 13.6-ounce FX-3 6X42mm fixed-power is one of my favorite riflescopes. At 6X, it perfectly splits the 3-9X magnification range, which for years was the most popular variable scope sold. I have one mounted on a nail-driving Remington Model Seven built by Jerry Dove that’s chambered for my 2Fity-Hillbilly wildcat cartridge.

I was hunting with that rifle late one evening near the Republican River in Nebraska when a big eight-point and some does came trotting by at about 70 yards. I whacked the buck and the does sped out into a recently cut cornfield, stopping at what I guessed to be a bit more than 300 yards. I had a doe tag too, so I held the reticle in that 6X42 a bit high on the biggest doe. The old girl dropped at the shot. I don’t see how things could have gone any better with any variable-powerscope. Two shots—one at 70 and one at 300 yards—and two deer down. Fixed-power riflescopes work. But if you want one, you best get it now before they really do become extinct.