The Hottest New Crossbows from the 2023 ATA Show

The new crop of crossbows is out, including a reverse-draw pistol and a surprisingly affordable flagship. Here are the top 2023 models 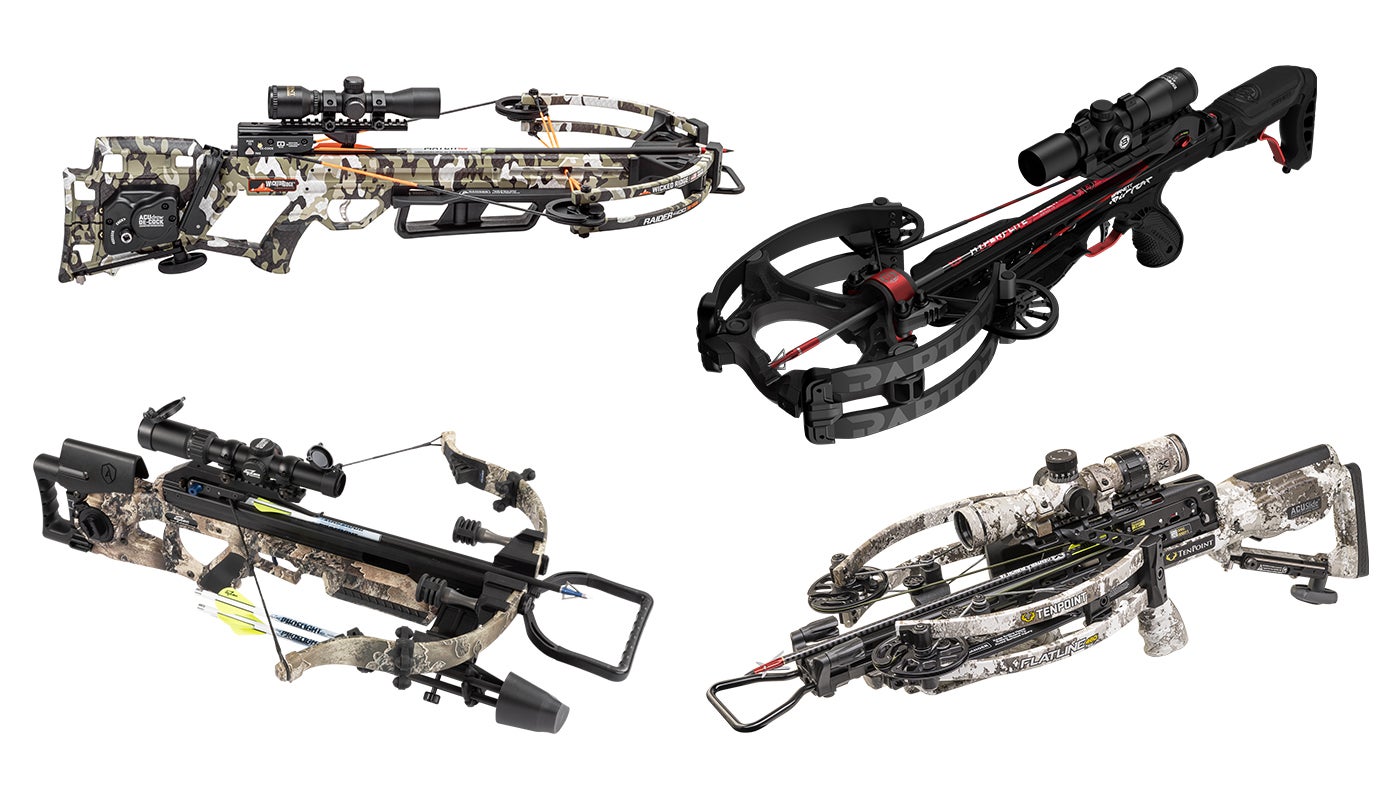 Follow our full coverage of the latest and most talked-about new archery equipment for 2023, including compound bows, crossbows, bow sights, broadheads, accessories, and more.

Just a few short years ago, if you entered the ATA Show swinging a dead cat by the tail and let it go, chances were good you’d hit a new crossbow of some sort. The crossbow market was exploding with new models to suit all budgets—so many, in fact, that new crossbow launches outpaced new vertical bow launches for a few years. Well, it seems like a market correction is happening now.

It could be that people can no longer afford $2,000 crossbows, what with the price of eggs. Or maybe it has to do with the fact that crossbow hunters tend to buy a crossbow and then hang onto it, in contrast with vertical-bow shooters who might upgrade to the latest flagship model every season or two. Whatever the case, there weren’t as many new crossbows at the 2023 ATA Show as there have been in years past. Mission, which still sells the Sub-1 XR, was absent from the show but told us they didn’t have anything new on the crossbow front. The most conspicuous absence was Ravin’s—whose representatives said that some of the company’s existing models would be available in a new camouflage pattern. The radical-looking Ravin R18, which the brand has been teasing since 2020, does appear to finally be available in some stores (but is still listed as “in stock soon” on the Ravin website).

Still, the brands that showed up to the 2023 Archery Trade Association Show last week did bring the goods with some exciting new models. Here’s my first look at the hottest new crossbows for 2023.

Barnett’s latest was the buzz of the show in the crossbow department. Most premium crossbows are a perfect blend of portability and good handling, with crushing speed and accuracy. The Hyper Raptor shoots Barnett’s excellent HyperFlite arrows (some of the only micro-diameter crossbow arrows on the market) to 410 feet per second, and it does it in a package that weighs under 7 pounds (bare bow) and is just 7.25 inches wide when cocked. It has a crisp TriggerTech Trigger, and the bow can be cocked with a standard sled and rope (a huge benefit in my opinion). An innovative detent on the stock keeps the rope from slipping and doing something silly, like ripping off the scope, as the bow is being cocked. It doesn’t have a de-cocking system, so you’ll need to shoot it at the end of the day, but it does come with a scope and all the accessories for just $599—a fraction of the price of competitive models. There’s no opportunity to really test crossbows for accuracy at a trade show, of course, but this one looks promising.

For all the advancements out there, I still love the utility of a recurve crossbow for hunting—and, of course, Excalibur is the way to go if you’re shopping for a recurve. The company celebrates its 40th anniversary this year with a commemorative model Wolverine that looks sharp, with wooden grip panels inlayed into a camo stock. But the new Assassin Extreme is their more exciting flagship model from a performance standpoint. It shoots 400 fps and weighs 7.4 pounds (bare bow). It also has a match-grade trigger, Micro High-Output limbs, and the usual outstanding accessory package from Excalibur, including an integrated and very quiet Charger Crank cocking and de-cocking system that reduces the cocking effort down to 19 pounds.

If you’ve ever wielded a crossbow in a tiny lock-on stand or shooting house and thought to yourself, What a pain in the ass, then the new Flatline 460 from TenPoint may be for you. It measures just 26.5 inches end to end, and the center-mounted riser gives it a degree of balance that few other crossbows have. Despite it’s size, the Flatline 460 sports many of the same accuracy and powerhouse features of previous TenPoint flagships, including the RX-8 Cam system and Micro-Trac barrel. The ACUSlide cocking/de-cocking system is quiet, safe, and one of the most effortless cocking systems out there. I’ve shot and hunted with several 500-fps crossbows extensively but can tell you that after handling this one, which is only a little slower, it would be my preference for the whitetail woods. The accessory package includes a scope, six arrows, a quiver, and more.

Wicked Ridge makes some of the best budget-priced compound crossbows on the market. The popular Raider 400, which shoots to 400 fps and is one of the most affordable crossbows available with a de-cocking system, is now available with a lightweight stock that’s adjustable for length of pull, similar to an AR. With this upgrade, the bow weighs in at less than 6 pounds, making it among the lightest compound crossbows on the market. The Raider 400 uses a standard rope-and-sled for cocking and de-cocking, but an ACU-Draw De-cock device is available, too. The accessory package includes three arrows, a quiver, and a lighted scope.

There are high-speed crossbows to suit a variety of budgets these days, and the Constrictor Pro 420 from Bear X seems to be a pretty good value for anyone who wants keep crossbow investment under a grand. My experiences with Bear X to date have been pretty good; fit and finish may not compare to the high-end (and much more expensive) competition, but out-of-the-box accuracy and speeds typically do. The Constrictor Pro 420 is fairly compact at 8.125 inches wide when cocked, but the 185-pound draw weight, big cams, and fairly long power stroke (a measurement wasn’t available) contribute to impressive speed. The accessory package includes a top-mounted quiver, scope with illuminated reticle, three arrows, cocking rope, and a sling.

When I first saw this thing sitting alongside the other submissions for Best New Product of the 2023 ATA Show, it looked to me like something from Quentin Tarantino’s cult-classic vampire sendup From Dusk Till Dawn, and I thought, The makers of this thing must have grown up in the ’90s and have a great sense of humor. Then I handled Ballista’s new Bat Reverse Draw Pistol and noted that it seems to be well-built with an advanced limb-and-cam system and that with a 150-pound draw weight, it’ll shoot a reported 420 feet per second. Plus, it has a fast, integrated cocking system, a folding foregrip, and a picatinny rail. It would be a legal (if not practical) crossbow for hunting in my home state of Kentucky and on my Texas lease. (It’s not legal in Illinois in New York.) So, the other thing I thought was that, at just $450, maybe I need one.