The new Beretta Ultraleggero is one of the lightest 12-guage O/U shotguns there is, and it didn't disappoint in the field either 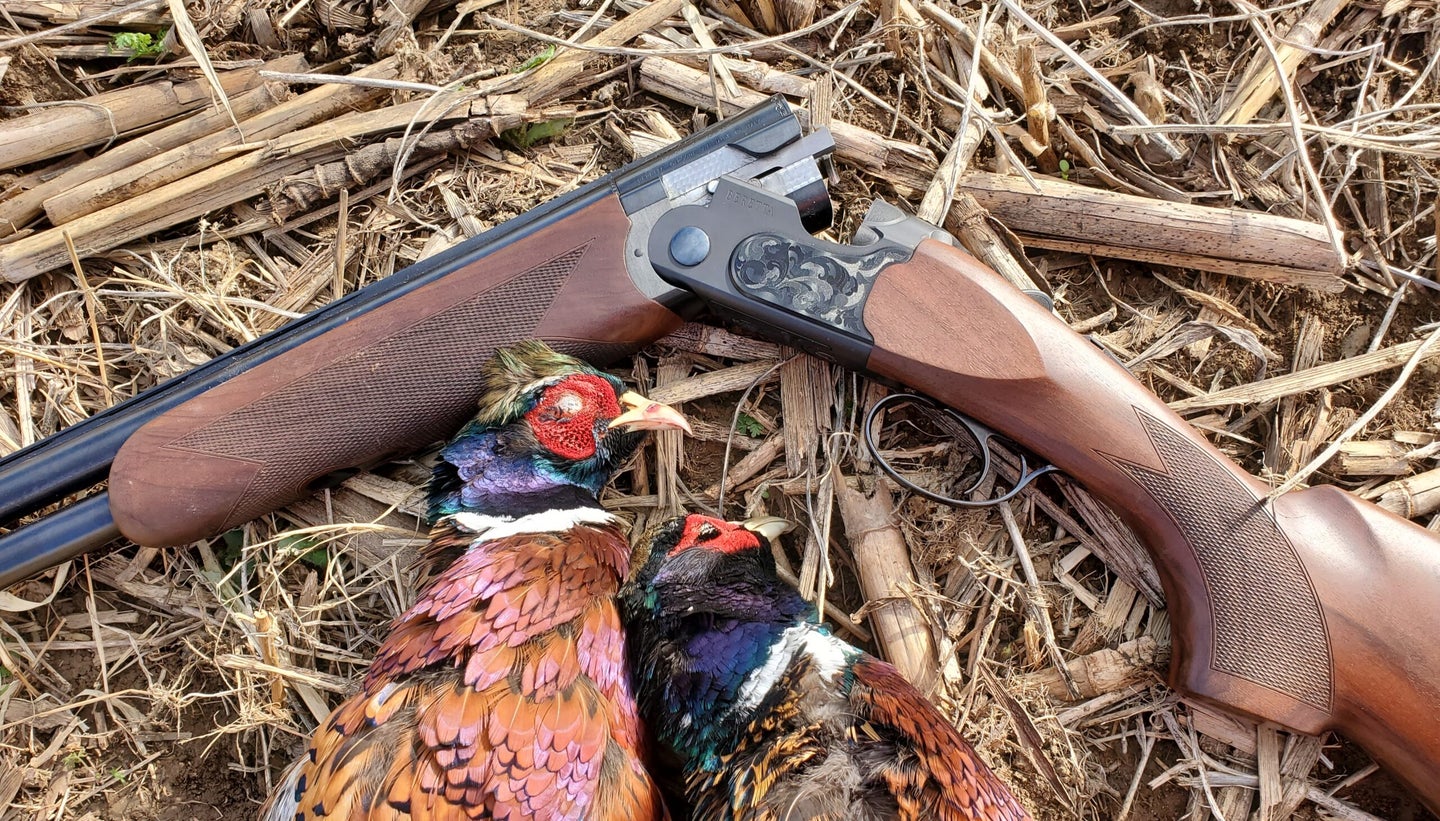 Upland bird guns are carried far more than they’re shot. My Fitbit tells me that on most days of pheasant season; I walk about two miles per bird in the bag. A lightweight gun in hand makes those miles easier to cover. While the American solution to reducing gun weight is to shoot smallbores, hunters in other parts of the world lean toward light 12-gauges.

Designed for the European market and now for sale here, the new Beretta Ultraleggero (“Ultralight”) O/U presents a unique solution to shaving weight from a 12-gauge O/U. Many light 12-gauges reduce weight via an alloy frame. The Ultraleggero features a skeletonized steel frame with plastic inserts in the cutouts.

When I first heard about the Ultraleggero, and saw pictures of it, my reaction to the idea of a break-action selling for $3k and containing plastic parts was, ugh.  Now that I’ve gotten my hands on one, put some miles on it, and killed some birds with it, I have felt, and seen, the light. I grow fonder of this gun with each step I take in the field with it.

My sample, a 3-inch 12-gauge with 28-inch barrels, weighs just 6 pounds, 6 ounces. That’s less than many 20 gauges and about the same weight as the 20 I usually hunt with. The basis for the Ultraleggero is the Beretta 690 action, a proven, durable, low-profile design seen in all of Beretta’s current O/Us save for the high-end models. From that starting point, Beretta engineers removed weight throughout the gun, cutting ounces everywhere while maintaining strength and balance.

The weight reduction begins with the very thin Ultralight recoil pad, and it continues inside the stock. Rap your knuckles on the stock and it sounds hollow. Pull off the recoil pad and you can see that a great deal of wood has been removed in the buttstock, saving weight without compromising the integrity of the wood. Moving on to the frame, it’s easy to see where the steel was removed from the sides and bottom. This still doesn’t compromise the gun’s durability. Those cutouts are filled with plastic plates that are 1/6 the weight of steel. The plastic pieces are 3-D printed with a traditional acanthus scroll pattern. The design catches the light and, frankly, is deeper and better-looking than the shallow laser engraving you see on many all-steel guns. Beretta plans to offer accessory sideplates and eventually let customers design their own. The look took some getting used to, but now I like it.

The shortened forend holds a two-piece iron in place of the usual, longer, one-piece design. The latch is a mixture of plastic and steel parts, and the whole forend assembly weighs about three ounces less than the similar forend of my own Beretta 687. The forend lug can be adjusted to tighten the fit should it eventually wear. Finally, instead of a full-length mid-rib between the barrels, the Ultraleggero has just a couple of short rib sections, one at the muzzle and the other underneath the forend, to join the barrels.

The walnut has an attractive matte oil finish, which helps hide any scars and scratches the gun may get in the field. The metal, aside from the plastic plates, is similarly matted and unadorned. The gun has an auto safety with the typical Beretta barrel selector in the middle, and trigger that broke at a clean 5 pounds, 10 ounces. The gun shot close to 50/50 for me, which is what I prefer in a bird gun, and both barrels hit the point of aim within a couple of inches of one another. The gun balances just ahead of the hingepin, giving it enough weight forward to swing fairly well for a light gun.

After a few rounds of skeet to get a feel for the Ultraleggero, I took it hunting. The first day out I shot Kent 1 ¼ ounce, 1350 fps bismuth loads, and I could definitely feel the gun go off, especially because the weather was warm and I wasn’t wearing a lot of layers. While the recoil wasn’t unmanageable at all, I noticed a real difference when I switched to a lighter load, specifically Winchester’s new Fast Dove loads that weigh 1 ounce in 7 ½ shot at 1350 fps. The UItraleggero does have 3-inch chambers, but I wouldn’t want to shoot many 3-inch loads out of it. Or even one, for that matter. Something like a 1 ⅛ ounce lead field load or Boss 1-ounce, bismuth Stingers would match up perfectly with this gun. And, if this were my gun, I might replace the pad with something thicker and softer like a Kick-Eez.

It is no surprise that a light gun kicks a little harder than a heavier gun would. That’s physics. The Ultraleggero is not a gun you’d choose for doing a lot of shooting at doves or clays. It’s made for a lot of carrying, and for that, it’s almost ideal. Whether you can accept an O/U with plastic parts is up to you. It turns out I can, especially when it’s a long walk from one bird to the next. It comes in 12 gauge only, although Beretta would be wise to make a 20 for the US market, which would swoon over it. In the meantime, the 12s are available with a choice of 26- or 28-inch barrels and include a hard case and five Optima HP chokes for $2999.