The Benelli Montefeltro has a new look and feel for 2023 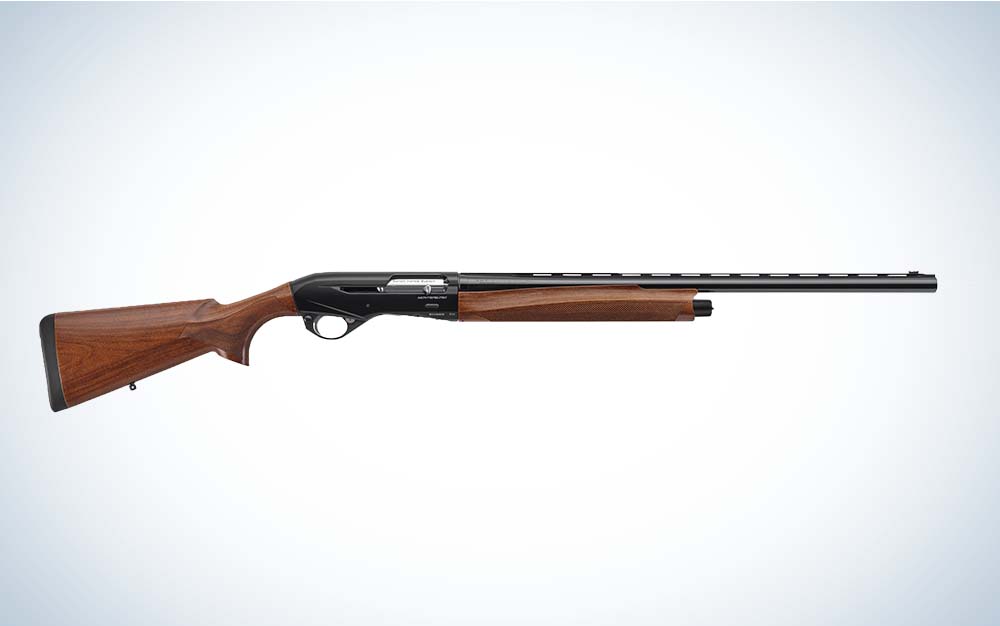 The Benelli Montefeltro gets a makeover for 2023. Long the most traditionally-styled Benelli shotgun, and therefore, of course, my favorite, the new Montefeltro has ergonomic improvements and updated styling that might make it your favorite, too.

I had a chance to shoot and hunt with the new Montefeltro last fall, both on a trip to South Dakota, and in the fields around my home in Iowa. While the new lines of the gun put me off at first, I loved the other improvements right away. After I’d had it a while, it even started looking good to me.

For starters, the Montefeltro loads like butter. I like my own Monte because it shoots in the coldest weather, but when my fingers get cold and numb, thumbing shells into the magazine is a chore. Not with this gun. It has a relaxed mag spring and shell latch as well as a milled-out loading port that makes sliding shells into the tube effortless. In South Dakota, after emptying the gun at some mallards, I handed it to my friend—also a long-time Benelli shooter—and said, “Here, load this for me while I pick up these ducks.”  His face positively lit up as he loaded the gun.

Just as important, this gun has the Easy Locking Bolt that eliminates the out-of-battery misfire that you sometimes get with inertia guns if you don’t let them slam shut. Granted, I have only suffered a couple of these “clicks,” both on occasions when I tangled the bolt handle in camo netting, but I have seen it happen to others, and these misfires always come at the worst time. The improved Montefeltro won’t click. This, in my mind, is a huge improvement.

The new Montefeltro has a slightly larger bolt handle that is big enough to grab without being too big. It also has a long, thin bar-shaped bolt release button that’s easy to use but difficult to bump accidentally, as you can with so many enlarged bolt releases. The safety button is round and projects more than the old triangular safety. It’s easy to find and push off. The bolt lock button on the trigger guard is thicker and easier to find and press. It also comes with sling swivel studs in the stock and magazine cap, and a softer recoil pad. All these changes add up to a gun that’s much user-friendlier than the original.

The restyling of the Montefeltro took some time to grow on me. I still prefer the lines of my older Monte, but I’ve come around to the new look. The receiver is reshaped, in part to facilitate easier reloads and in part to look sleeker and more modern. The gun has a more aggressively curved, almost flared pistol grip, and a forend that looks not unlike the one on the Benelli Ethos. In place of traditional checkering, the gun has panels of small round cuts that Benelli calls “Air Touch,” and by whatever name they go by, they do give you a good grip on the gun. Plus, the grip and forend are both noticeably slimmer now, by about a quarter of an inch or more, making the gun feel very trim and easy to point.

My 12-gauge test gun had a 26-inch barrel. It weighed 6 pounds, 13 ounces, which, to me, falls into the “light enough to carry, heavy enough to shoot” sweet spot for gun weight. The trigger broke at 5.5 pounds, which seemed fine to me, who is notoriously insensitive to such things. I do care about a shotgun’s point of impact, and the new Montefeltro shoots just as flat for me as my old one does, which is the way I like it. I also care about handling, and this gun moves very nicely for me, and I suspect I’d find the 28-inch barrel version even smoother. I shot waterfowl with the gun in South Dakota and some pheasants and geese with it here at home, and by the time the season was over and I had boxed it up to send back, I wanted to keep it.