Where to Mount a Trail Camera 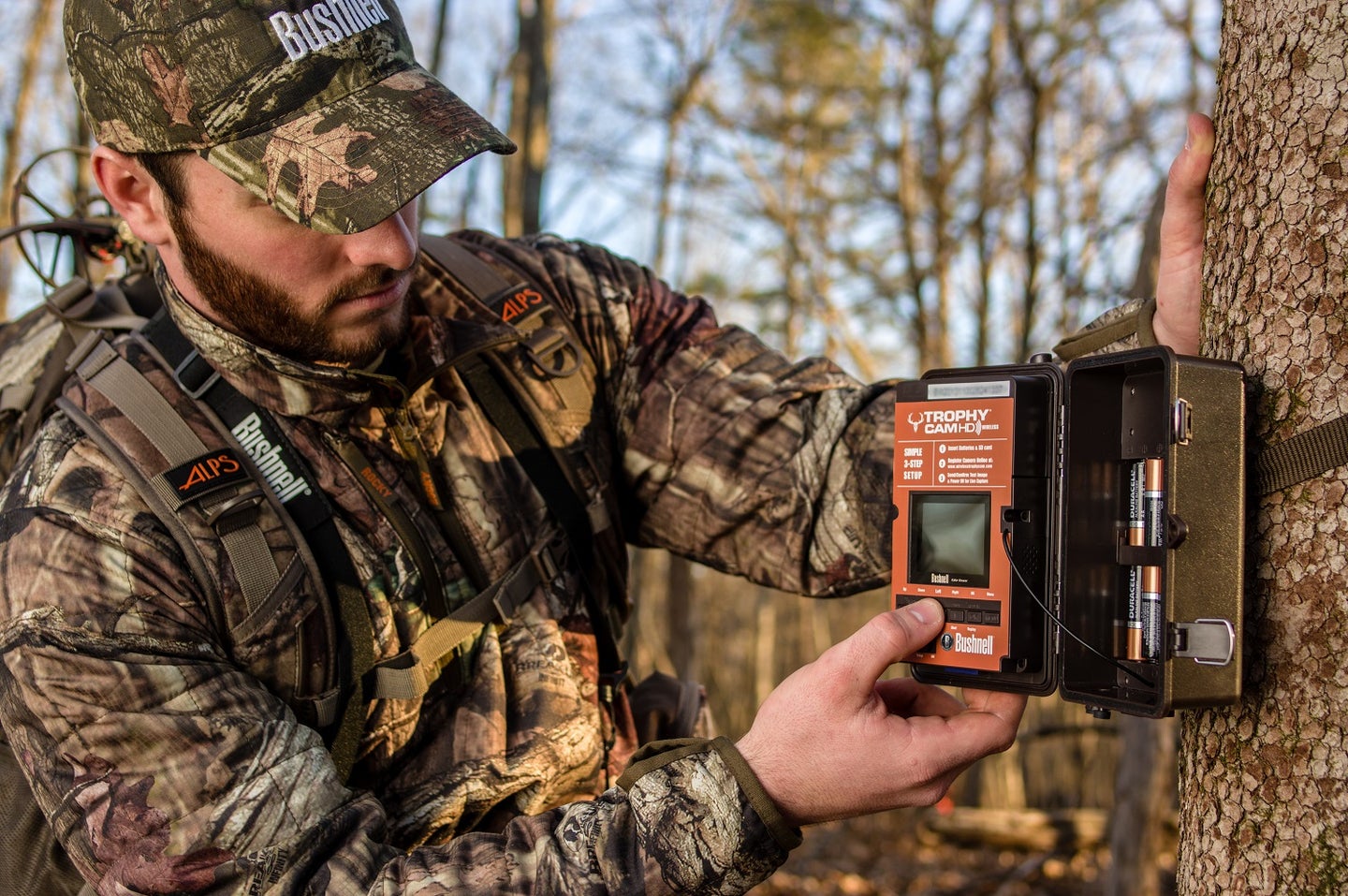 Fresh out of its packaging, that shiny new trail camera holds unlimited potential, promising to reveal brilliant images of a hidden world. Fulfilling that promise, however, rests largely on your shoulders. You have to place the device in the right spot to obtain quality photographs. And that prospect makes many beginners uneasy, as they wonder where to mount a trail camera.

Don’t fret. Answering the question ‘where to mount a trail camera’ is critical for capturing good game camera images, but it’s not that complicated. In fact, experts say following common-sense guidelines can help you set your cameras at photo hotspots in no time.

Basics: Where to Mount a Trail Camera

Most new trail-cam users intuitively realize that where it’s best to mount trail cameras are in spots that naturally attract deer and other critters: feeding areas, travel paths and other locations where animals congregate. Fields and similar open areas are natural places for cameras because they attract wildlife and offer open views of relatively large spaces. Picking the right spots to mount a camera near a field, however, can be tricky.

Look for Inside Corners

Trent Marsh, editorial manager for Spypoint likes to place cameras at inside corners, where two types of habitats converge, such as a field that juts into timber.

“When you have an inside corner, that’s an area that deer will feel more comfortable and secure,” he said. “Getting good photos of moving deer is tough with any camera, so I want to place cameras where deer are more likely to linger. A small grass or clover plot on an inside corner is a natural transition area where an animal will hang out. You often see turkeys strut in these locations as well.”

Ted Marum, who guided whitetail hunters in several states for 20-plus years and still runs 70 to 80 trail cameras on his leases, also prefers specific field scenarios.

“In summer, I like to put them where there’s a couple of different crops that come together, like corn and soybeans or corn and alfalfa, on a corner,” he said. “Bucks love to walk the edges of those corners.”

Marum also focuses on field-edge licking branches, which are low-hanging tree branches bucks use to deposit their scent.

“Deer hit them all year, so I’ll set them on those,” he said. “If you just walk the field edges, you can tell the ones they’re hitting—the ones they’re mouthing and chewing on.”

Because he focuses on large bucks and not just deer in general, Marum also uses mineral products to attract bucks to trail camera setups. Whitetails crave minerals in spring and summer, so using these sites lets you pull deer to specific spots instead of trying to decipher their movement patterns. Further, creating those sites lets you position cameras ideally, such as facing them north or south to avoid the rising and setting sun. (Make sure mineral products are legal in your state before using them.)

Don’t Overthink Where to Mount a Trail Camera

Marsh said many folks overlook somewhat obvious areas for where to mount a trail camera.

“Water crossings can be a gold mine because of the concentrated traffic in that area,” he said. “People sometimes think you need to get way back in the woods to get good photos, but sometimes that first tree line is a great spot, too. It keeps you from having to get too far into the woods to get to your camera. The main thing is don’t overthink it. If you find good sign, hang a camera. You can always move it later.”

Troubleshooting: Where Not to Mount a Trail Camera

Trail-camera neophytes often struggle with a common mistake: Mounting trail cameras at seemingly good locations that don’t pan out. Marum focuses on typical animal behavior at various spots to weed out unproductive areas. For example, he avoids placing cameras at creek and fence crossings, as deer are usually moving while traveling through those places, making it difficult for cameras to capture good images. He also eschews another popular camera setup.

Factor in Trigger Speed and Positioning

Wherever he sets cameras, Marsh avoids positioning the units perpendicular to the subject area, as that limits their effectiveness.

“Trigger speeds vary a lot, and even the very fastest are going to struggle with deer that are running if it’s at a 90-degree angle to the lens, especially if it’s close to the trail at all,” he said. “One picture of a deer is great, but I really want two to six to get as many looks at it as possible. So I want to catch a detection early and let the deer work toward or away from the camera so I can get multiple looks, especially as the year goes on and bucks start showing more of their potential. I want to know what I’m looking at.”

Despite their best efforts, beginners might not capture great trail-camera images at first. Positioning and using the units can involve substantial trial and error. Marsh said that’s to be expected and suggested an easy troubleshooting process.

“First, double-check the sign,” he said. “If the sign is still strong but you aren’t getting photos, you may have done something wrong with the camera. Maybe you have it tilted too much, or the traffic is too far away to trigger the camera. With the photos you do get, pay attention to how the deer are acting. Are they on edge? Do they look nervous? Spiral out from where you thought the traffic was, and see where it is now. It might not be far—just a few yards one direction or the other.”

Marum said the seasonal behavioral shifts of animals can also guide trail-cam tweaks. As deer change patterns from summer into autumn, he keys more on areas deeper in timber, and active scrapes and licking branches (bucks work licking branches all year, but most scraping activity in the North occurs in October and November). What’s more, he doesn’t run his cameras year-round.

“I usually I put them out about July 10,” he said. “Then I run them all summer, through the fall and then usually into mid- to late January. I don’t run them early, other than a little bit for turkeys to figure out where they are. I use them in summer, fall and then winter, and basically winter is just to see (which deer) made it through.”

Your wildlife images are waiting. Find a spot to mount your trail camera, and start collecting pictures. And if your photos aren’t great at first, tweak your setups. Much of the fun with trail cameras—as with any outdoors pursuit—involves the constant journey of learning.