It's the end for the 10. It held on for decades, but now it's as good as gone 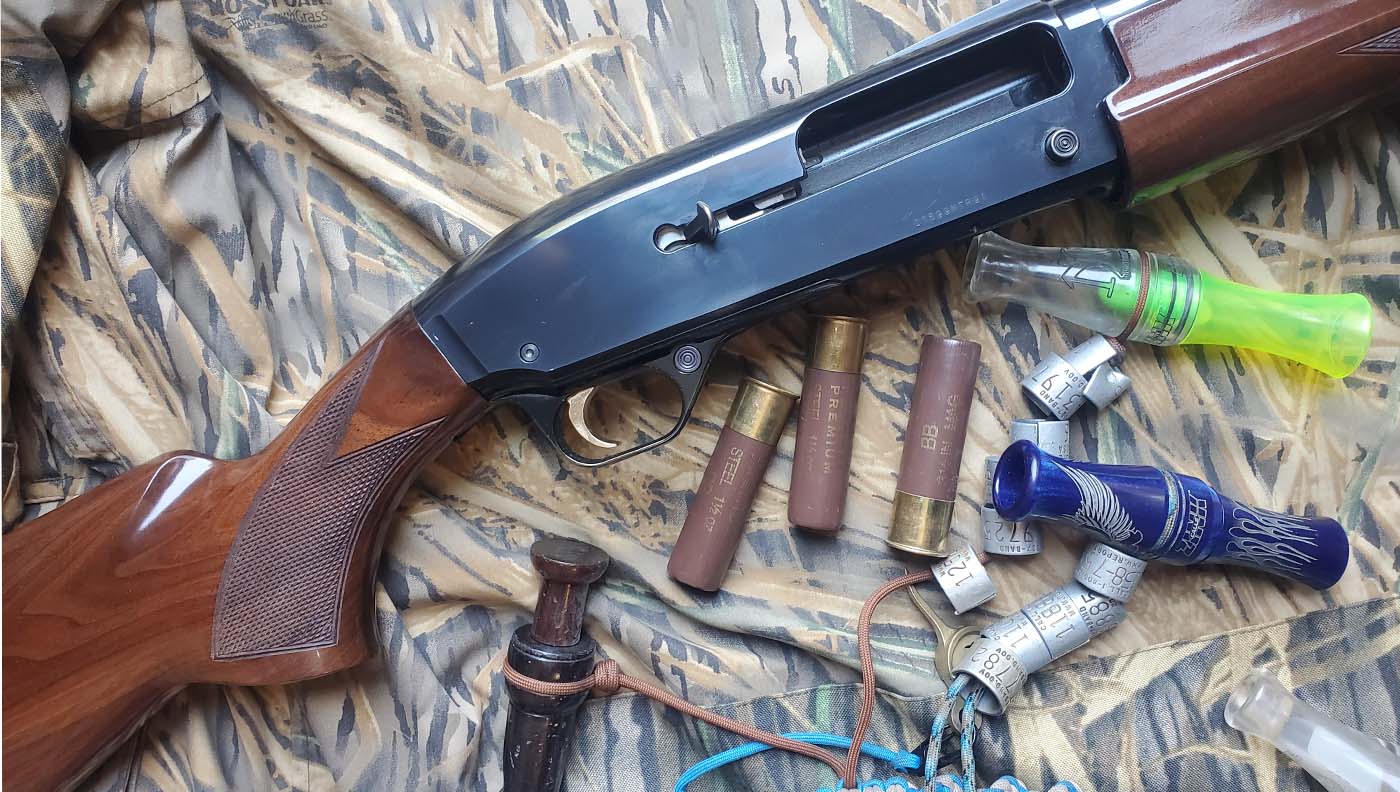 As a 10 gauge owner and fan, it pains me to say, the 10’s time is over. It had its day, it was brief, and it has passed. Before we bury the 10 gauge, however, let’s first look back at its life as our biggest legal shotshell.

There were muzzleloading and 2⅞-inch-chamber 10 gauges long before 1932, but ‘32 was the year that Winchester’s John Olin created the 10 gauge as we know it, partnering with Ithaca on a 3½-inch 10-gauge magnum cartridge and a double gun with which to shoot it.  The 10 was never much more than a niche gun for pass shooters, and, as turkeys came back, for hardcore turkey hunters.

The 10 gauge always had a fearsome reputation as a hard-kicking beast of a gun. I believe it was the late Norman Strung of F&S who wrote that touching off his Spanish 10-gauge loaded with 2¼ ounces of lead felt like being in a small car wreck. Speaking of car wrecks, Ithaca made a law-enforcement version of its Mag 10 semiauto called the Roadblocker, advertised as being able to stop a car in its tracks. That was the magnum 10—big enough to kill geese, turkeys, and cars, but too impractical, heavy, and scary for most people to shoot.

Over 50 years after the introduction of the 3½-inch 10, steel shot came along. Hunters discovered that steel worked best when you increased the size of the shot, and they soon found that a 3-inch 12-gauge hull couldn’t hold very many big steel pellets. But, a 10-gauge hull could hold a lot of shot. The 10 gauge’s time to go mainstream had finally come, it seemed. Remington bought the patents to Ithaca’s Mag 10, thoroughly redesigned the gun, and called it the SP 10 in 1989. Browning introduced a 10-gauge BPS and the Gold 10 semiauto not much later.

The Beginning of the End for the 10

But, the 10’s comeback was really over before it started. Much as Winchester and Ithaca had collaborated on the magnum 10 in 1932, Federal and Mossberg worked together on a 3½-inch project of their own, and they introduced the 3½-inch 12-gauge cartridge and the 835 Ulti-Mag pump in 1988. The Ulti-Mag was a 12-gauge pump with a barrel bored to 10-gauge dimensions to better handle big steel shot.

Three years later, Benelli introduced the Super Black Eagle, the first 3½-inch 12-gauge semiauto. Now  hunters could get near-10-gauge capacity in a lighter, more-versatile 12-gauge package. Not only that, but the Sporting Arms and Ammunition Manufacturer’s Insititute, which sets industry standards, allowed 3½-inch 12-gauge ammunition to be loaded to higher pressures than the 10. Which means that factory 3½-inch 12-gauge ammo can achieve higher velocities than 10-gauge shells and still stay within SAAMI specs. Yes, the light new 12s kicked even harder than a 10-gauge, but you could always give yourself a break from the pounding by shooting 2¾ and 3-inch shells in your 3½ inch 12.

Ten gauges do have two advantages over 3½ inch 12s. They pattern better, especially with big pellets, and that goes double if you handload for the 10. And, 10s kick a lot less because all that extra weight reduces recoil. It is this latter trait that makes me love the 10 gauge. If I want to shoot a heavy, high-velocity loads at waterfowl, I’ll do it with an 11 pound 10-gauge gun that doesn’t rattle my brain the way a lightweight 3½-inch 12-gauge does. My 10-gauge BPS wasn’t painful to shoot, and the Gold 10 I traded it for kicks even less.

The problem with 10s is that their small niche is shrinking, once again due to changes in ammunition. There is no reason other than masochism to lug a 10-gauge shotgun through the turkey woods when TSS in a 12 gauge—or even a 20—kills birds farther away than anyone should ever shoot. And, for the price of a 10-gauge shotgun, you can buy enough TSS to last you decades, even at $10 per shell.

As for waterfowling, 10 gauges are at their best at long range. Refuge line pass shooting used to be a big deal among goose hunters. It’s not any more. Shooting geese over decoys rarely requires more than 1¼ ounces of steel BBs in a 3-inch 12. And again, if you want to extend your range, there’s bismuth for the long shots. There’s still a small, steady demand for 10-gauge shotguns, but not so much that people are introducing new ones. Currently, the only two 10s on the market are the BPS and the Gold 10.

I’ll keep my 10. I’ve got plenty of BB and BBB loads for it, and I like shooting the big guns. Do I need it? No. Does anyone? Maybe a few people who shoot a lot of big steel at geese or swans, but that’s about it. The 10 gauge had its chance, and the 3½-inch 12 has won, and TSS and bismuth marginalize the 10 even further. If you want a 10, I suggest you get one now. But practically speaking, nobody needs to run out and buy one. There, I said it. I’m not happy about it, but I said it.