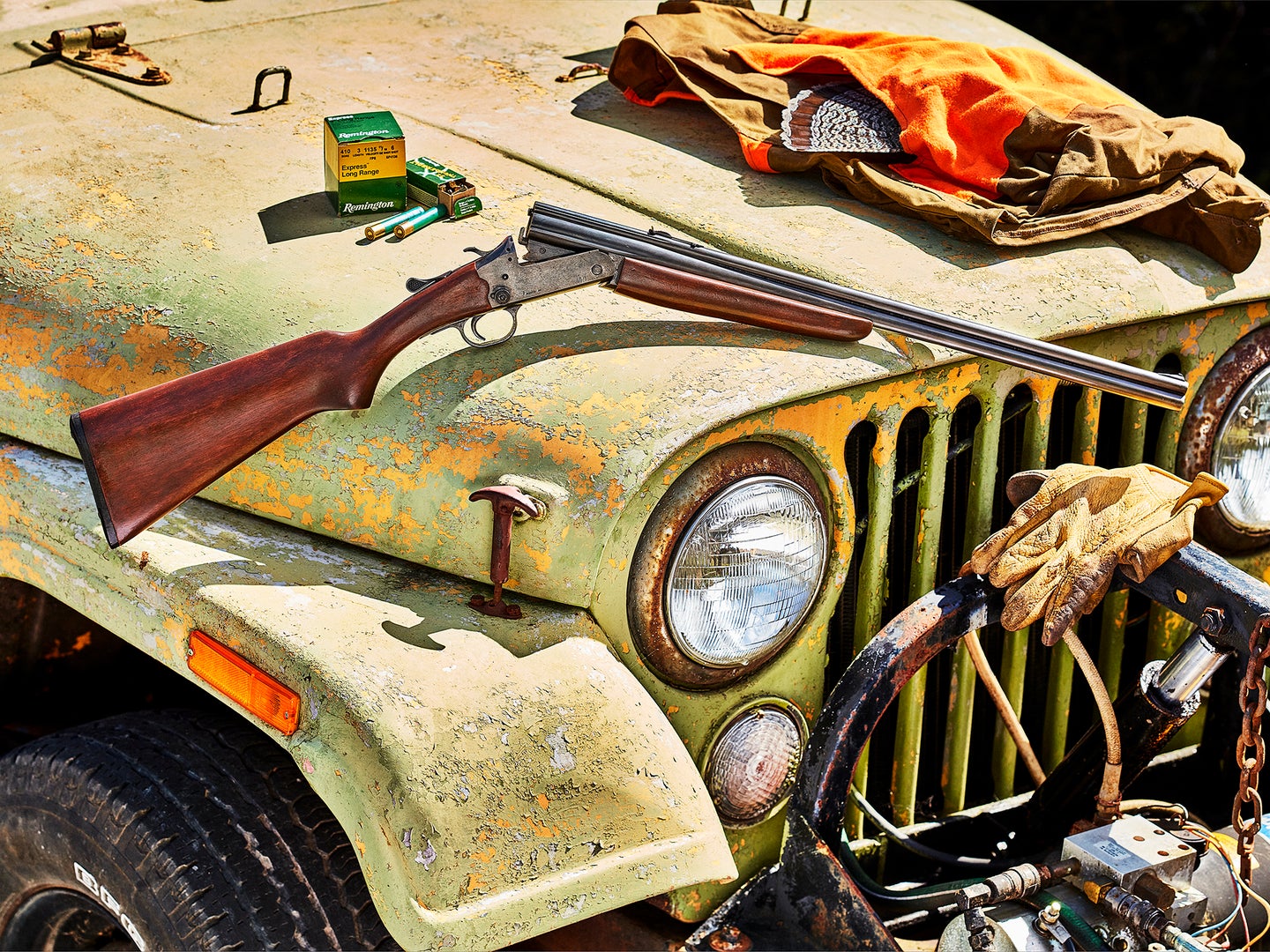 When the critter you spy from the truck might fly or hop, it’s smart to have a combination gun handy

I DIDN’T EXACTLY grow up in the bed of a pickup truck, but I spent a lot of time there, as well as in the cargo area of a Chevy Suburban and an Oldsmobile station wagon. Being one of the three youngest in a large family, I was often relegated to what my dad called the “way back” portion of whatever vehicle we owned—as in, “David, Mary, and Barbara, get in the way back.” During the fuel crisis of the 1970s, my two younger sisters and I rode in the hatchback of a Dodge Omni. Dad would open the hatch, like you might to retrieve groceries, and the three of us would crawl out.

One “way back” that I loved riding in was the covered bed of my best friend’s parents’ pickup. They rode on the bench seat up front, and Jo and I rode on cushions in the back, jammed in with all manner of hunting and fishing gear. We went everywhere in the back of that rig. I’m not sure if it was legal to ride like that, but then, shooting mailboxes with BB guns through the cap’s open back window as we cruised down the road probably wasn’t legal either.

Jo’s dad, Ronnie, had the real guns up front. During the deer and bear seasons, he often rode with a Remington 700 .30/06 on the seat between him and Jo’s mom, muzzle on the floor, loose rounds in the ashtray. But his truck gun—the one that went everywhere, all year—was a Savage Model 24 .22/.410, which rode behind the seat.

Break-open single-shot .410s were ubiquitous in the back windows of pickups where I grew up, an area loaded with grouse and snowshoe hares, and, well, no shortage of road hunters. But Ronnie understood that a truck gun should be more utilitarian than that, and what’s more utilitarian than a combination gun?

I remember one day when we were riding down a gravel road through some public land with snow pelting Ronnie’s windshield. Jo and I were talking to his mom through the cracked sliding rear window, and as the wipers cleaned a fresh layer of heavy flakes aside, a gray missile shot across the road toward a knot of cedars in a cut well off the road to our right.

Jo and I were old enough to hunt, and Ronnie slid that Savage through the rear window with a handful of .22 rounds and .410 shells, and we were off. Jo circled to the back side of the cedars as I plunged in, and when that grouse came rocketing out of the treetops, Jo dropped him in a heap. As he bent down to pick the bird up, he stopped, peered into a brush pile, loaded a .22 round, shot, and then walked over and pulled a snowshoe hare out of the snarl by its long, white ears.

The Savage Model 24 has always been one of the coolest little utilitarian guns ever made. I didn’t really know it before that day, but I did after. So when it came time to get my own truck gun, I found a used one online and refinished the stock in a medium-dark color and reblued the barrel in a brownish blue, and now it matches what I remember Ronnie’s old gun looking like to a T. The only difference is now I get to ride with it up front.