Why Every Outdoorsman Needs a .22 Pistol

As an everyday, year-round, general-purpose problem solver, plinker, and personal-protection piece, you can't beat a .22 handgun 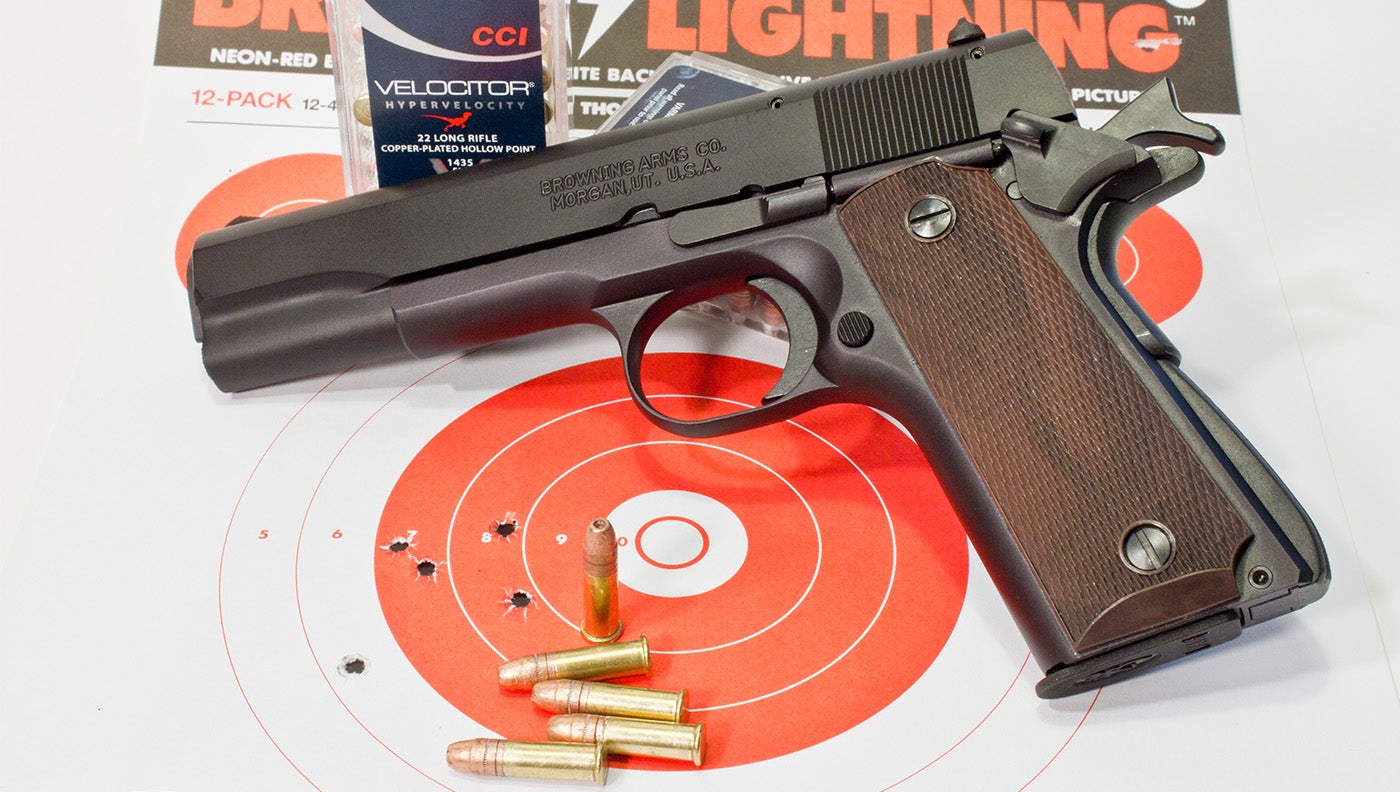 When most of us think of outdoorsy guns not singularly focused on hunting, we think of trail guns, truck guns, or survival guns. Guns like a big-bore pistol to fight off a grizzly, or a truck gun in case you’re accosted by a biker gang, or a survival rifle that’ll help you make it through the imminent apocalypse. But the truth is, few of us hike in griz country, attacks from biker gangs are exceedingly rare, and even given the wretched state of both our national and international politics, the apocalypse may yet be a long way off. I’m not saying you don’t a need a gun, of course. (You should know me better than that by now.) I’m just saying that the gun you probably need more than any of the ones mentioned above is a .22 pistol.

I once hunted with an old Montana rancher who lived his life outside. He had lines on his face that seemed as deep as the washes on his ranch, and he owned a well-worn Ruger Single Six that he kept in a leather holster on the dashboard of that truck. Anytime—every time—he got out of his truck, he’d shove the gun, holster and all, in his waistband. When I asked about it, he said he’d used it to finish off antelope wounded by hunters, to kill enough snakes to piss off Medusa, and to put a few rabbits in the pot. He also said, “When I get bored, I just take the damn thing out and shoot rocks.”

It was a classic example of general-purpose firearm, similar to what Jeff Cooper envisioned with his Scout Rifle concept, except that Cooper wanted a rifle capable of fulfilling the do-anything role anywhere on Earth. He offered it as a gun that could put meat on the table and protect your life from the muzzle out to 400 yards. No doubt there’s a place for that kind of firearm, but for everyday, year-round, general-purpose application, a .22 pistol will serve most of us better—and get used a lot more—than will a 6-pound .308 Winchester rifle.

Why a .22 Pistol Makes a Great Trail Gun

Evening walks along the river and summertime strolls in the timber can put you in the proximity of problems. When we had a camp along the New River Gorge, I never went anywhere without a .22 pistol. I carried it mostly for close encounters with copperheads, which were thicker than ticks. But that wasn’t the only threat. A bite from a rabid dog or raccoon is something you want to avoid, (if you get rabies and clinical symptoms appear, it’s 100-percent fatal), and .22 pistol can help prevent that. At 85 percent the size of Colt’s 1911 Commander, the little Browning 1911-22 Compact is a perfect example of a trail gun. It weighs less than a pound, has a 10-round capacity, and is compact enough to shove in your back pocket.

Why a .22 Pistol Is a Perfect Truck Gun

Where legal, a truck gun is a good idea. Depending on your locale, a truck gun in the form of a centerfire rifle or a short-barreled shotgun might be a necessity. A good friend who runs the Kodiak Baptist Mission in Alaska is smack in the middle of bear country and had to shoot one in self-defense. Of course, a .22 pistol won’t work for that, but it’s about the handiest truck gun to have for most of us. You might hit a deer with your truck and need to put it out of its misery. You might need to fend off a feral critter. Or, in the worst case, you could have to defend yourself from a human threat. Smith & Wesson’s little Model 63 double-action revolver fills this truck-gun general-purpose role well. This all-stainless J-frame revolver has a 3-inch barrel, and it’s double-action design is perfect for fast-action shooting. And, in the single-action mode, you can place bullets with more precision if need be.

Why a Rimfire Is Right for Survival

From venomous snakes to rabid foxes, there are lots of things a .22 pistol can help you deal with. However, the most common survival situation a .22 pistol can help you overcome is hunger. Whether you’re stuck in the wilderness trying to live off the land, or just wanting to cook up a mess of squirrels, a .22 pistol is hard to beat. And while I’d not want to shoot a menacing cougar with a .22 pistol, I’d rather do that than throw rocks at it. Ruger’s Single Six Convertible is ideal for this role. This is partly because of its ruggedness and dependability, but also because it comes with an extra cylinder for .22 Magnum, which is substantially more effective on the larger game. There are 11 variations, with barrel lengths ranging from 4.62 inches up to a surprisingly long 9.5 inches. There’s even an all-stainless 7.5-inch version that comes with integral scope mounts.

Don’t Forget the Fun You Can Have with a .22 Pistol

Firearms are serious tools used for serious purposes, and because of this we often forget that one of the greatest things that a firearm can offer is fun. Shooting is enjoyable. An impromptu competition at hunting camp or a family evening on the range is a blast, and few guns deliver smiles like .22 pistols. Just the other day, a friend and my son and I had a little shooting contest on a 4-inch steel plate with a .22 pistol as we increased the distance by one step with every hit. We ended up at 48 yards, and my son walked away with bragging rights. And I’m sure I won’t hear the end of it—until I beat next time.

With a .22 pistol on your side or in your truck, you’ll always be within arm’s reach of a problem solver or fun little plinker. And that’s exactly what the general-purpose appeal of a .22 pistol is all about, and it’s why every outdoorsman needs one.