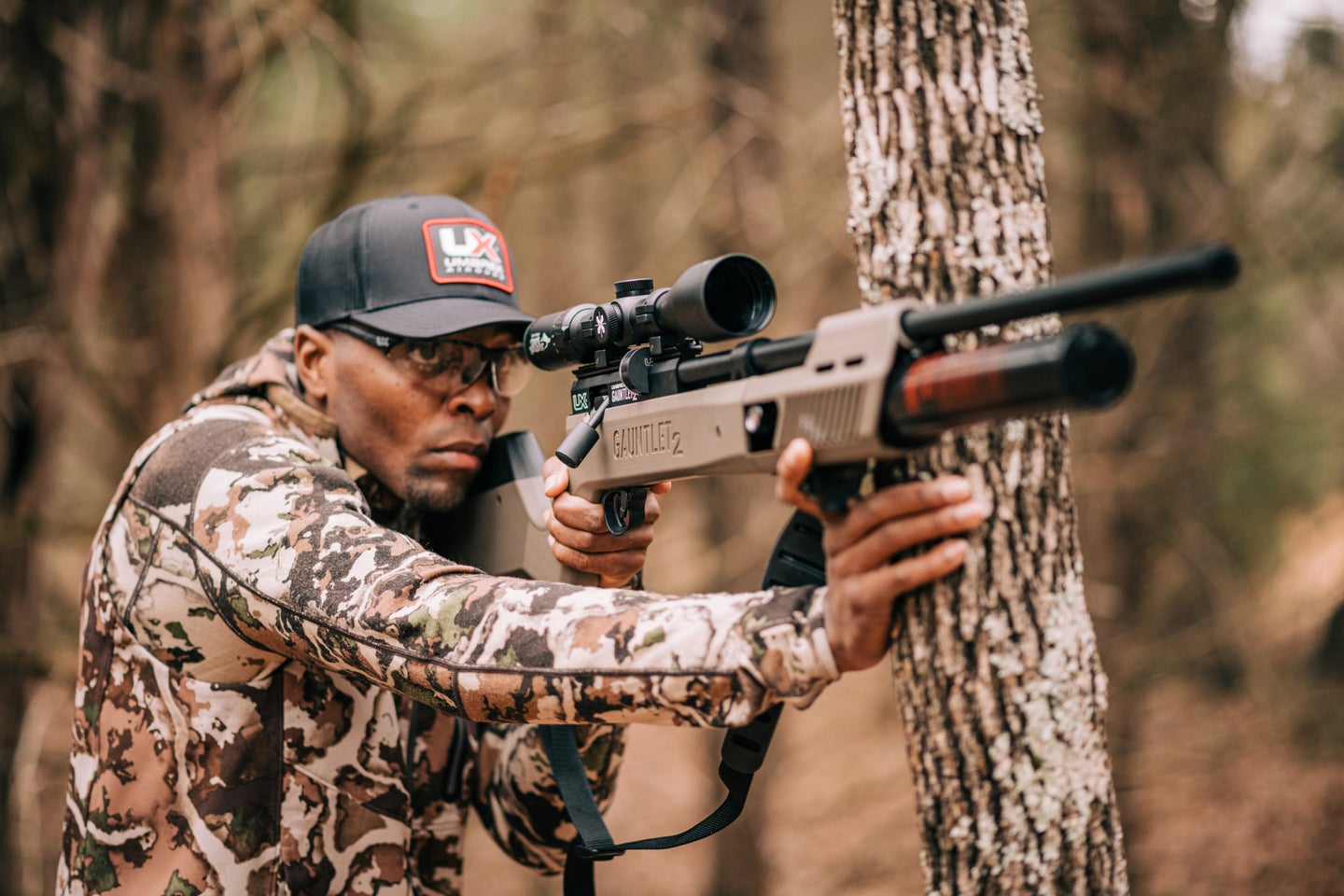 If you hunt, you’ve owned an air rifle or two at some point. I still have a handful and even take them out every now and again should a cottontail get into the garden or the crows grow too fond of my wife’s Royal Anne cherries.

But pellet guns have come a long way from the Daisy Red Ryders, Crosman 760 Pumpmasters, and Benjamin Model 392s we packed around back in the day. Today they shoot at higher velocities, use designer pellets, and have scopes other than the straight 4-power Tasco tubes we had. Acronyms like PCP, which is the initials for “Pre-charged Pneumatic,” have become commonplace among the air rifle crowd. And most of today’s air rifles look like something out of Star Wars—and not number 4 released in ’76, but one of the later ones with all the great CGI.

So where does a guy like me, a hunter of 50 years but admittedly stuck in the mid-70s air-rifle world, start if he wants to practices some varmint eradication around the homestead?

Fortunately, there are guys like Lawrence “LT” Taylor and Eydin Hansen to answer that. Taylor is a public relations/social media rep for GAMO USA, and Hansen is a professional shooter for Umarex USA. Here’s what they have to say.

1) Does an entry-level air rifle exist? And if so, what am I looking for?

Taylor and Hansen suggest either a spring- or gas-piston-powered airgun for small game hunters. “What you’re looking for is a rifle that produces the velocity necessary to ethically harvest a small game animal,” Taylor says. “Anything that produces 900 to 1,000 feet-per-second is going to do the job out to 40 yards.”

So what’s the difference between springs and gas pistons? Both systems operate essentially the same way, but one functions by way of a strong spring, while the other, when cocked, uses a gas piston (which is similar to a gas strut in a car) to force air, along with the projectile, downrange. These guns are cocked by breaking the barrel or with an under-lever design.

“Spring power plants are fine for the guy looking to hunt cottontails and squirrels, but the gas pistons in our high-velocity guns would work even better,” says Taylor. “Still, I’m not going to diss the springers. It’s just that the gas-piston guns produce a little more velocity and are going to be easier to cock.”

Piston and spring guns are simple to operate and don’t require a lot of accessories like PCP air rifles. “If you don’t have an air compressor or a way to fill a scuba tank, I would start with a break-barrel or an under-lever,” Hansen says. “You can get into a break-barrel for under $200. And it’s self-contained.”

While we are looking for entry-level and simple here, there are advantages to the PCP operating system you might want to take into consideration. PCP rifles require a separate tank that you use to charge the rifle, giving you multiple shots before it’s time to fill up again. PCP rifles are more expensive, but they can be easier to shoot and easier on scopes.

“PCP guns tend to be more accurate, quieter, and more user-friendly once you learn about all the necessary equipment,” Taylor says. He also says that you can find a used scuba tank to fill a PCP gun for about $100 and an adaptor for $30 to charge the rifle.

Big bore air rifle pellets exist, but the most common pellets you’ll find at your local sporting goods store are the .177 and .22. Regardless of caliber, there are radical variations in appearance, design, function, accuracy, and on-target performance between different brands of pellets, however, most .177 pellets weigh 8.5 grains whereas .22 pellets fall right around 15.5 grains, or roughly twice that of the .177 projectiles.

Which is better for small game? Lighter pellets typically mean higher velocities, but they retain less energy or energy transference on impact. Heavier pellets afford higher retained energy, but take more power, be it spring, gas piston, or PCP, to drive them to acceptable game-killing speeds.

“For small game, you definitely want to start with the .22,” Taylor says. “It provides more punch than the .177. It’s just accepted as the minimum for small game.”

Hansen steps outside the box somewhat and prefers to go up in caliber even more. “If you can, go with the .25 for small game,” he says. “Most of your springers and gas pistons are going to be .22, but if you can get into the .25 it just hits harder, allows for a more ethical shot, and it isn’t as affected by the wind.” For those wondering, .25 pellets weigh about 25 grains; however, some high-tech hunting projectiles can exceed 40. They’re a little harder to find than .22 or .177 pellets, but if you shop around online you can stock up on a brand that works well in your gun.

3) What kinds of optics work best on an airgun?

Springers and gas-piston rifles—by virtue of the violent nature of their actions—beat scopes up badly. Pick the wrong optic, and you could shoot its reticle out, leaving you unable to hit any side of any barn.

“A lot of people don’t anticipate problems with their scope when they get into air guns,” says Taylor. “You can’t put just any scope on a springer or gas-piston gun. They produce a ‘recoil’ that’s different from a firearm. The recoil is both forward and rearward, so if you put a regular scope on top of a high-powered piston or spring air gun, it’s probably going to break pretty quickly.”

Fortunately, optics designed to withstand the unique recoil pattern of air guns are available, thanks to rifle/scope combos offered by both GAMO, Umarex, and other companies. GAMO’s sister company, BSA Optics, makes a trio of air-specific scopes in a variety of configurations, all of which retail for under a C-note.

Read Next: Can’t Find Any .22 Ammo? These Are The Best Air Rifles for Squirrel Hunting

4) What’s the best way to sight-in an air rifle?

When I started shooting air rifles the sighting-in process was simple—a handful of pellets, some sort of rest, and a paper plate, with or without a black dot in the center. But the process of sighting-in is a little more serious nowadays.

“With air guns and sighting-in, you really want to use the artillery hold,” says Taylor. The artillery hold is a loose hold on the rifle. The forearm is rested and the rifle balanced on your open palm, and the stock held lightly to your cheek and shoulder. This allows the rifle to recoil unrestrained and gives you a consistent point of impact.

As for distance, Taylor and his colleagues begin their work at 15 yards, only extending that yardage to 25 after the rifle has been sighted in.

Hansen goes a little more in-depth in terms of the sighting-in process. “I start with the heaviest pellet available,” he says. “You might have to try a couple different weights to find which one works best in your rifle.” Hansen sights in at 10 yards which he says will get him close at 40 because of the arching trajectory of a pellet. “It’s like sighting in a rifle at 25 yards. At 100 yards, you’re going to be pretty darn close.”