If you're looking for a long-range competition rifle that can cross over into the hunting world, it's hard to beat the Bergara Premier MG Lite 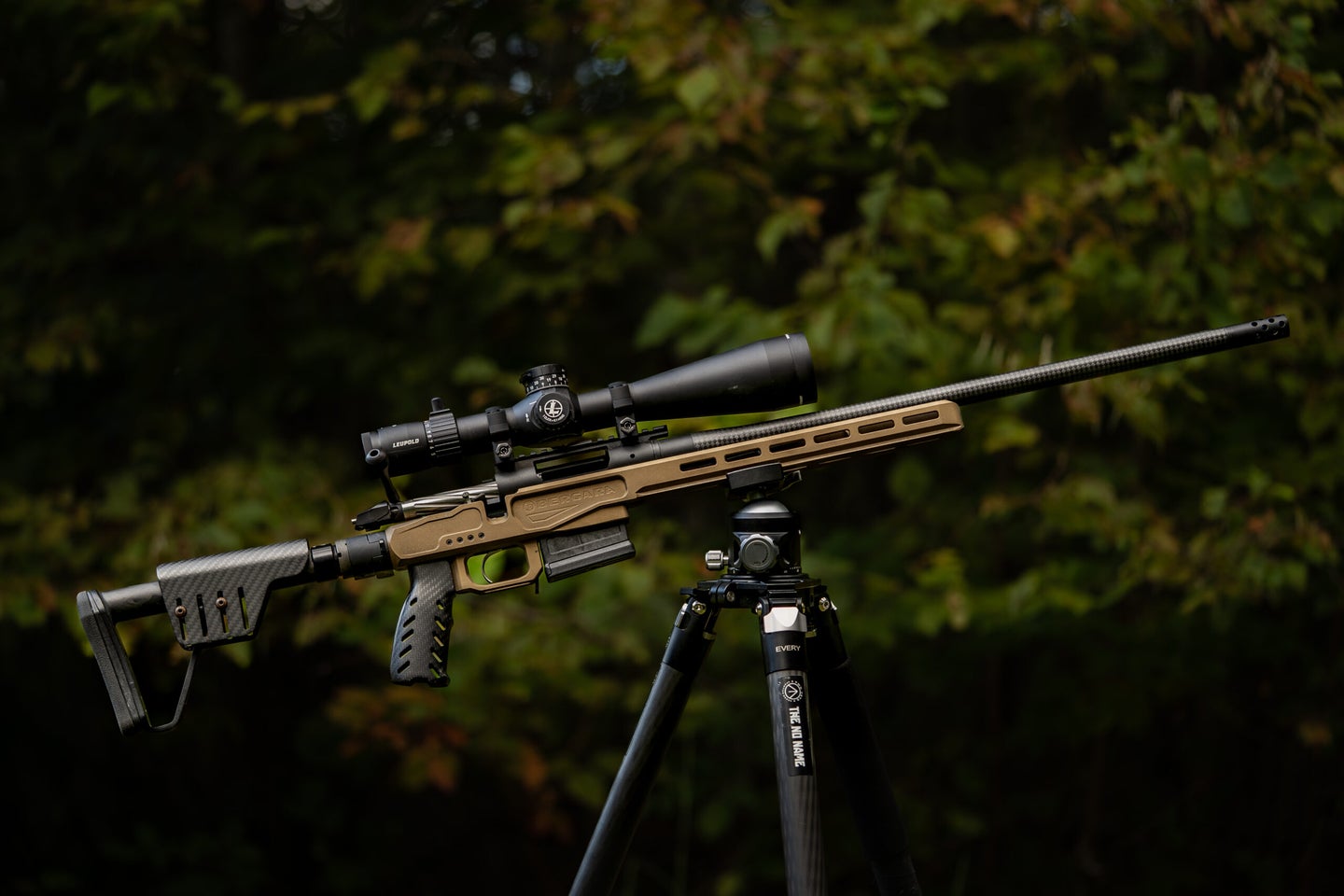 You could argue that the current extreme interest in long-range shooting really kicked off in 2015 after the movie American Sniper became such a hit. Since then, this desire to reach way out and touch things with rifles has migrated into hunting. As a result, new rifles that I like to call crossover rifles have emerged. Within that category, you have traditional bolt-action rifles with features to help them perform at longer ranges, and you have long-range precision rifles configured to serve the hunter. Bergara’s Premier MG Lite falls into the latter category.

No, the MG Lite rifle does not look like a hunting rifle, but its lightweight and folding stock make it very compatible with hunters who hike deep into the backcountry and want to be able to shoot at whatever distance might be necessary. Still, during the 2022 Field & Stream Rifle Test, we evaluated the MG Lite as a precision long-range rifle and after all our probing and shooting, we felt it was the best new long-range precision rifle for 2022 that we tested. Even so, had we assessed this rifle as a hunting rifle, it would have fared well. In the pound-for-pound/accuracy evaluation, it was a stellar performer.

Built on Bergara’s Premier bolt-action, the MG Lite has a two-lug bolt with a floating bolt head to allow for better lug engagement. The radially fluted bolt also has a cone-shaped nose to aid with smooth feeding. This is a push-feed action, and the bolt is fitted with a 90-degree extractor that’s integral to one of the lugs—similar in design to the post-64 Winchester push-feed actions. Two plunger-style ejectors are standard and the action, which accepts Remington 700-style scope basses, is housed in an XLR Element 4.0 chassis stock that retails for more than $500.00 by itself. This chassis has an 11.5-inch forend with an ARCA rail on the bottom and M-Lok slots on both sides. The rifle is set up to feed from AICS-pattern, detachable magazines.

What really sets this rifle apart is the folding stock. On the right side of the buttstock—just to the rear of the chassis—there’s a button that unlocks the buttstock allowing it to fold 180 degrees. This shortens the rifle’s length by 10.25 inches. The buttstock, which is interchangeable with other AR15-style stocks, is carbon fiber, has a thin rubber pad, and an adjustable cheekpiece. Surprisingly, the chassis and the buttstock together weigh only 28 ounces.

Other features include a carbon-wrapped, 22-inch CURE barrel—24 inches with the 300 Winchester Magnum—which is of course threaded, and the rifle comes with a multiport brake. There’s also an adjustable Trigger Tech trigger that broke cleanly with no take-up at 2.25 pounds. And one of the features we found unique and very practical for shooting at distance was the built-in level, just behind the tang of the action, that’s integral to the chassis stock.

When you first pick this rifle up, you’ll be astounded at how little it weighs in relation to what you would expect based on its looks. You’ll also be very pleased at how this rifle shoots from a bench or off a bipod/tripod; the ARCA rail allows for precise positioning of two or three-leg supports, and the flat-bottom forend meshes nicely with sandbags. You’ll also be very happy when you start punching holes in targets because this rifle will shoot—it is a solid sub-MOA performer.

What mostly surprised us is how well the rifle performed during the practical hunting drill. It balanced well and was light enough to snap to the shoulder. The vertical grip’s similarity to an AR seemed natural to us. However, for fast snap shooting, the location of the safety combined with the grip and shape of the stock was a bit awkward.

Senior editor Matthew Every commented that he, “…wouldn’t hesitate to take this rifle hunting, and it would be perfect for field-shooting matches like NRL Hunter.” He felt it was ideally configured as a precision rifle you could effectively hunt with. I firmly agree with Every regarding the precision shooting matches, and grudgingly admit that even though it looks like a sniper rifle for a starship trooper, it could be effective and practical as a hunting tool.

The Bergara MG Lite is an impressive rifle that will put your bullets where you want them to go, whether you’re competing in a match or hunting. It is also lightweight and attractive, at least in a new-age kind of way. If your true passion is shooting at great distances and getting hits, this rifle will make you giggle, especially if you’re a sometimes hunter and want to compete and hunt with the same gun.

However, if you’re primarily a hunter and on a budget, but want to play the long-range game on occasion, this rifle might cost more than you’re willing to pay. To fill the crossover role—from hunting rifle to precision rifle—I prefer a more traditional rifle with some precision shooting features, such as the Savage Model 110 Magpul that we also tested (see video above).