Are these rounds legal for deer? Powerful enough? Ethical? The author answers these questions and picks his top four .22-caliber cartridges for deer hunting 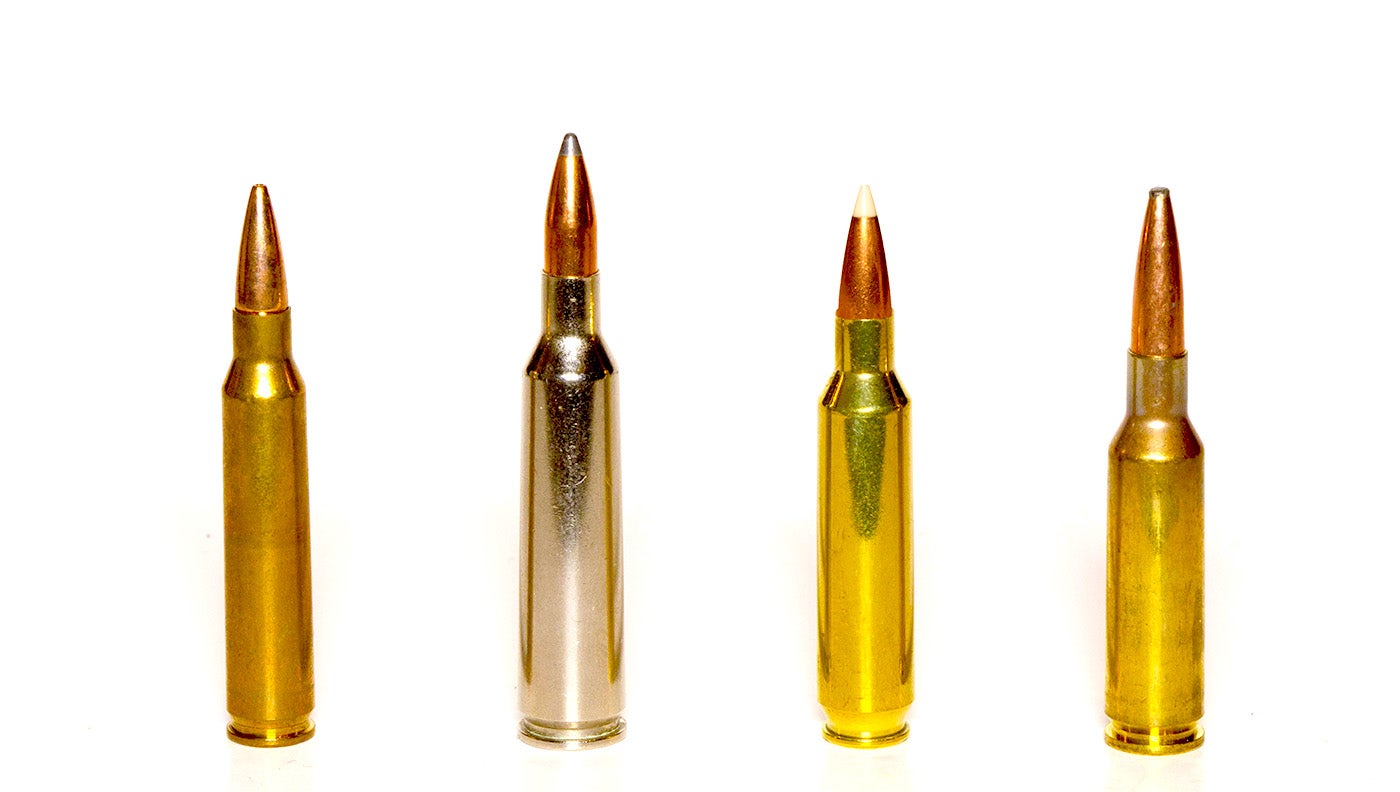 If you spent any time at a deer camp this fall, there’s a pretty good chance that the topic of hunting deer with a .22-caliber rifle was discussed. And, if so, argued about. It’s a favorite topic not just at camps but on Internet forums and social media, where opponents are about guaranteed to roll out at least one and probably all of these tree statements:

But are these claims really true? Or have they just been repeated so many times that a lot of hunters assume they’re gospel? Let’s break down the facts, one topic at a time, and then look at the best .22-caliber cartridges for deer hunting.

The Legality of .22-Caliber Cartridges for Deer

A few years back I conducted exhaustive research to determine the legality of deer hunting with the .223 Remington. After reading the game regulations for all 50 states, I found that it was legal in 33 out of 50. Two additional states require a muzzle energy of 1200 foot-pounds or more, which is achievable with a few .223 Remington loads and easily surpassed by other .22-caliber centerfire cartridges. In other words, despite what many people believe and espouse, it is legal to hunt deer with a .22-caliber rifle in about 70 percent of states.

The Power of .22-Caliber Cartridges

When it comes to the ethics of using a .22-caliber bullet on deer, you need to remember that a bullet’s diameter before impact has no bearing on lethality. A 60-grain, .22-caliber Federal Fusion bullet fired into a deer at 100 yards will have a recovered diameter approaching a 1/2 inch. This is similar to a recovered 95- or 115-grain Nosler Partition fired from a .243 Winchester or .257 Roberts. Given actual, measured expanded bullet diameters and penetration depths, I have seen no evidence that to suggest the right .22-caliber bullet can’t kill just as cleanly as those of other widely-accepted cartridges.

So to wrap things up: .22-caliber cartridges are legal in most states; they meet the popular 1000-foot-pound minimum in several cases; and they are more than capable of making quick, ethical kills on deer, particularly with today’s excellent bullets. Of course, if you want to go with something bigger for your deer hunting, that all well and good. I’m just here to set the record straight that .22-caliber cartridges are indeed up to the task—and that these four will do the best job of it.

Mostly popular for deer hunting because of the prevalence of AR-15 rifles, this cartridge can be very effective with the right load. AR-15s are also easily adapted to fit youth hunters. At age 7, my son killed his second deer with an AR-15 in .223 Remington. From a foot-pound standpoint, the .223 Remington will run out of gas at about 150 yards and for optimum results go with bonded, mono-metal, or partitioned bullets, which hold together for maximum penetration. It terms of effective range, that’s right on par with your typical .30/30 Winchester load.

A farmer neighbor near my hunting camp has probably killed more deer with a .22/250 than most other hunters have shot with any one cartridge. Its advantage is velocity. The .22/250 can push bullets 20 percent faster than the .223 Remington. Its downside is the slow rifling twist rate that prohibits the use of high-BC, heavy-for-caliber bullets. A premium load utilizing a bullet that will hold together is the way to go. On occasion you can find the 60-grain Nosler Partition load from Federal, but you may have to roll your own. Regardless, energy will fall below 1000 foot-pounds at about 200 yards.

Like the .223, the 22 Nosler is AR-15 compatible, but it holds more powder. This means higher velocities and with a standard 1-in-8 rifling twist, it handles heavy bullets better. The only real deer-capable factory load is the 70-grain AccuBond load from Nosler. This bonded bullet can handle high impact velocities, and at 100 yards it’s still traveling at 2700 fps and carrying more than 1000 foot-pounds of energy. Handloaders have more options, but for deer it’s only marginally better than the .223 Remington and nowhere near as popular.

The Valkyrie is fairly new and also AR-15 compatible. It has an even faster 1-in-7 twist rate. This allows it to stabilize long, heavy-for-caliber bullets, like a 90-grain Fusion soft point at 2700 fps. With its high ballistic coefficient, this bullet retains velocity and energy very well; it will carry 1000 foot-pounds of energy past 250 yards. As far as .22-caliber cartridges for deer hunting go, this is the best option currently available. From a terminal-ballistics standpoint, it should perform on par with the grand, old .250 Savage, which has a storied legacy in the deer woods.