What 9mm ammo can you trust to save your life, if necessary? We shot 19 9mm defensive loads into ballistics gel to find out 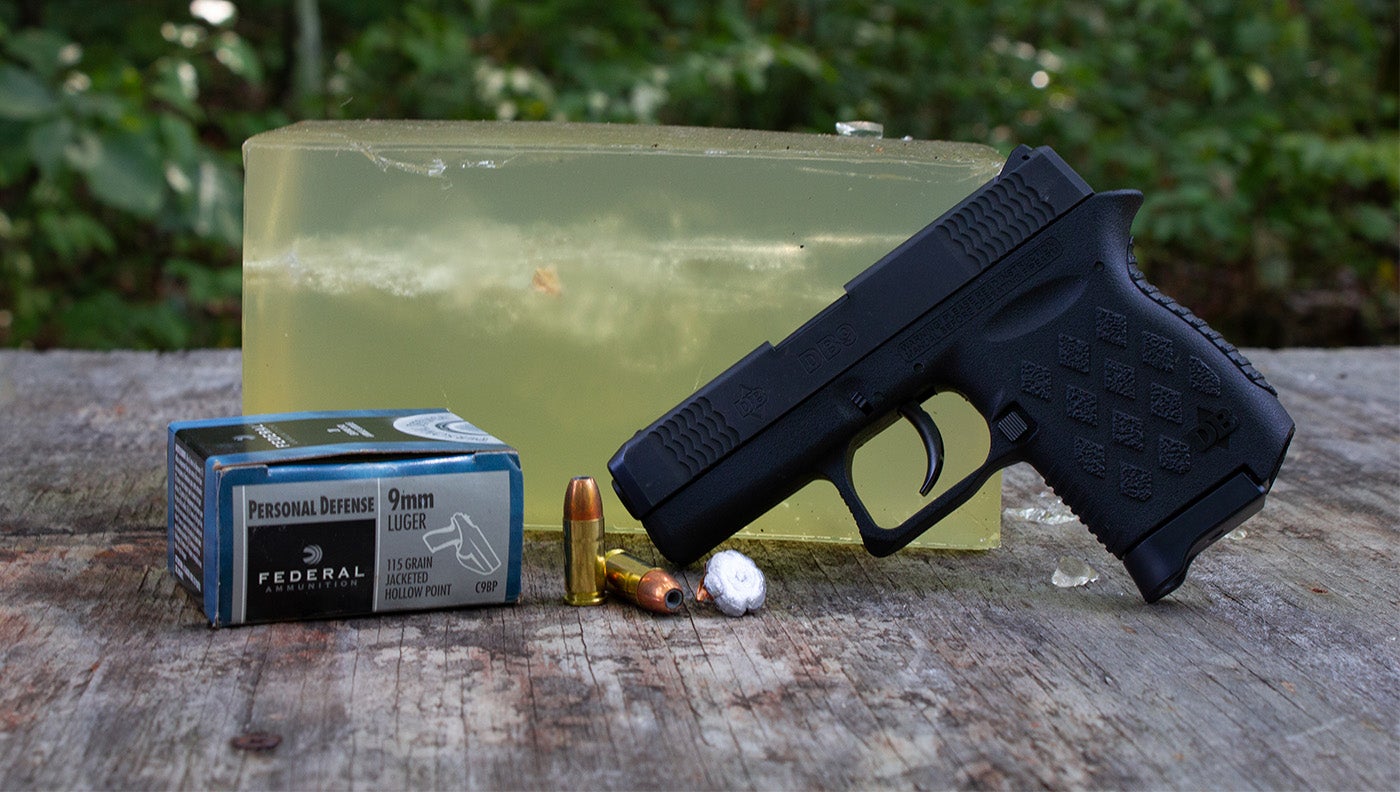 If you're serious about defending yourself with a 9mm handgun, you need to load it with the best ammo. Richard Mann
SHARE

If you own a 9mm handgun for personal protection, you probably want to know exactly, beyond any doubt, what ammunition will works best if you have to use it. Well, this article will answer the question of what’s the best 9mm ammo as definitively as it can be answered. But as a former uniformed officer, I feel obliged to point out that there’s no telling exactly how an attacker might react to getting shot with any given projectile.

The best we can do is say which loads are most likely to do the job. The velocity and energy figures on ammo boxes don’t tell us much about how a bullet will react on impact or how deep it will penetrate. To learn these things, you have to shoot stuff and see what happens. Thanks to the FBI, there’s a protocol for doing just that, which as been used for about 35 years now and allows us to make educated guesses about what defensive ammo you should feed your 9mm.

The development of defensive handgun ammunition has been driven by the FBI since 1986. In that year, two FBI agents were killed, and five others were wounded in a single shootout in Dade County, Florida. The FBI mostly blamed the disaster on a single 9mm bullet that failed to make a bad guy stop doing bad guy stuff. They believed the bullet did not penetrate deeply enough. In response, the FBI convened a Wound Ballistics Workshop at their headquarters in Quantico, Virginia, in 1987. The two main take-a-ways were that to be effective, a defensive bullet needed to penetrate at least 10 to 12 inches and that the larger the diameter of the recovered bullet, the better.

The FBI also developed a protocol for testing defensive handgun ammunition in which bullets are fired into 10-percent ordnance gelatin, which is meant to replicate soft tissue. The ammunition is also fired through various intermediate barriers, such as heavy clothing, wall board, and auto glass to simulate potential on-duty scenarios for law enforcement. Some believe the FBI tests are better at identifying bullets that are good at shooting through stuff as opposed to stopping bad guys. There may be something to that. But one thing is for sure. Because of the FBI, shooting bullets into 10-percent ordnance gelatin has become the standard by which terminal performance is measured.

By shooting bullets into gel, we can measure and compare many things. Lots of people believe that velocity, kinetic energy, and bullet weight are important terminal-performance considerations, and they are to a degree, but only in how they help contribute to depth of penetration and the size of the hole a bullet makes.

The primary terminal-performance consideration—the one the FBI considers most important—is penetration. The FBI now contends that penetration between 12 and 18 inches is optimal, believing that this is deep enough to reach vital organs without creating over-penetration concerns for bystanders. They also consider bullet upset or deformation important. When bullets impact, they deform almost immediately. The larger the shape they mushroom into, the larger diameter hole they make and the more tissue they damage. However, with too much expansion, penetration suffers. With not enough, tissue damage is limited and over penetration concerns are increased.

Since defensive handgun bullets do not have enough velocity to damage tissue outside the hole they make, the volume of damaged tissue can be estimated via the depth of penetration and the diameter of the mushroomed bullet. This cylinder of damage is called the crush cavity, and it might be the very best way to compare the effectiveness of different loads.

The Test: How 19 9mm Defensive Handgun Loads Stack Up

I’ve conducted a lot of terminal-performance testing, some on my own and some with the help of ammunition manufactures. This has allowed me to collect lots of data—data that includes 19 different 9mm loads all tested in 10-percent ordnance gelatin. In the table below, I’ve listed the values for penetration depth, impact velocity, impact energy, and the recovered-bullet diameter and weight for every load tested. This data also allowed me to calculate crush cavity, which is also given. Keep in mind, variations in velocity from different handguns would slightly alter these results, but that would be splitting hairs, as a 1/100th of an inch difference in bullet expansion or a 1/10th of an inch difference in penetration is within the margin of error.

This is probably the best overall expression of terminal performance because it directly correlates to the amount of tissue the bullet can potentially damage. The smallest crush cavity measured was 2.51 cubic inches, and the largest was 5.52 cubic inches. Average crush cavity size was 3.37 cubic inches. Among the two loads that delivered the largest crush cavities, one had below-average energy, the other below-average velocity and energy. Again, as much as velocity and energy are touted, alone they mean very little.

Putting It All Together to Choose the Best 9mm Load

What the table above shows, beyond a doubt, is that most measured performance metrics—bullet weight, velocity, energy, etc.—don’t mean much taken individually. There are examples of high-velocity, high-energy, wide-expanding, deep-penetrating, and heavy bullets that all failed to deliver a crush cavity size that was above-average. And of the seven bullets creating the largest crush cavities, two delivered borderline penetration. This is because it’s the totality of how all these metrics combine, with a bullet’s construction and reaction to impact, that can give us a practical estimation of true wounding potential.

So which loads are the best? For my money, it’s the ones that give better-than-average results for both penetration and crush cavity. These are the two metrics that matter most, because they directly correlate to tissue destruction. And, well, why would anyone want to trust their life to a load with worse-than-average performance in these categories? Of the 19 loads tested, only five surpassed this performance benchmark.

Here are the top-performing loads based on penetration and crush cavity. They are listed in alphabetical order because ranking them would give very different results depending on if you favor crush cavity alone, penetration alone, or a sum of the two. Instead, we’ll note the best performers in each regard.

The Buffalo Bore 115-grain TAC-XP had the second-highest combined crush cavity (4.35 cubic inches) and penetration depth (15.75 inches). This is the only 115-grain 9mm load tested that delivered a better-than-average penetration depth and crush-cavity volume. It also delivered better-than-average performance in every category except bullet weight. Additionally, this is a +P+ load, which means it is loaded to a pressure higher than 38,500 psi. Buffalo Bore uses the 115-grain Barnes TAC-XP bullet in this load, and it is an all-copper bullet with a deep hollow-point cavity. The design and construction of the bullet means it does not have a core that can separate, so it generally retains all its weight. And it performs well against intermediate barriers. This ammunition should only be fired in handguns rated for +P or +P+ ammunition.

The Federal 124-grain HST was one of only two loads that performed better than average in every test category. The creation of the HST bullet from Federal was inspired by solicitations from law enforcement agencies looking for improved duty rounds. The design was driven by FBI protocol testing results where bullets that upset with a larger frontal diameter, without sacrificing penetration, scored better. By creating a bullet that opened up and had peaks and valleys on its deformed frontal surface, designers were able to increase surface area without an increase in the cross-sectional area. Along with the Winchester PDX1 (below), this was only other load of the 19 tested that had better-than-average performance in every measured category. Federal offers a +P 124-grain, and standard velocity 124- and 147-grain, HST loads in 9mm.

The Remington 124-grain Golden Saber had the second highest crush cavity at 4.82 cubic inches. Inspired somewhat by the now-discontinued Winchester Black Talon (see below), the Remington Golden Saber uses a jacket that’s meant to do more than just control bullet upset. Like the Black Talon, the jacket extends past the core to increase the deformed diameter of the bullet. The Golden Saber’s jacket is made from cartridge brass as opposed to copper or gilding metal, so it is much stiffer and has a higher yield and tensile strength. Somewhat like the Barnes TAC-XP bullet, this petaled design makes for a large frontal diameter, with less surface area to retard penetration. Standard Golden Saber ammo and the newer bonded design are very popular with law enforcement. The +P 124 9mm Golden Saber load created the second largest crush cavity of any load tested.

The Speer 124-grain Gold Dot had the largest crush cavity of all the loads, by far, at 5.52 cubic inches. Speer Gold Dot ammunition is widely used in law enforcement. This is primarily because the Gold Dot bullet never sheds it jacket, which allows it to retain weight and shape and penetrate well. Also, thanks to the alloy core and jacket integrity, the Gold Dot bullet handles intermediate barriers well. Instead of a conventional jacket, the Gold Dot bullet is copper-plated with what Speer calls a Uni-Core electrochemical process. Gold Dot bullets may not penetrate quite as deeply as some of the other top performers, but they expand wide and create massive crush cavities. For the 9mm, Speer offers 115-, 124-, 135-, and 147-grain standard velocity, as well as +P 124-grain standard and short-barrel loads.

Winchester’s 124-grain PDX-1 had the deepest penetration and the best combined crush cavity (4.23 cubic inches) and penetration depth (16 inches). This bullet is a direct descendant of the discontinued Winchester Black Talon bullet introduced in 1991. The primary difference in the PDX1 and the Black Talon is that the PDX1 bullet’s core is bonded to the bullet’s jacket. Current Winchester PDX1 ammunition is marketed as Winchester Defender and for the 9mm, it is available in a 124-grain +P and a 147-grain standard velocity offerings. Of the five 9mm loads that delivered better than average penetration depths and crush cavity volumes, this is only one of two loads that exhibited better-than-average numbers in every measured category.

As I said in the beginning of this article, these test results answer the question of What’s the best defensive 9mm ammo? as definitively as it can be answered, but when it comes to terminal performance, there are no guarantees. In self-defense, we will shoot to stop, and any of the bullets in this test can do just that. And some loads will shoot better, or worse, in certain guns. My advice, pick from the loads above that deliver better-than-average performance in objective testing. Then shoot them through your own gun, to find out what works best for you. Most of all, practice, because in the end what matters most is shot placement.