The 5 Best Do It All Shotguns

Want one gun for busting clays and bagging birds? Here are the best crossover shotguns you can buy 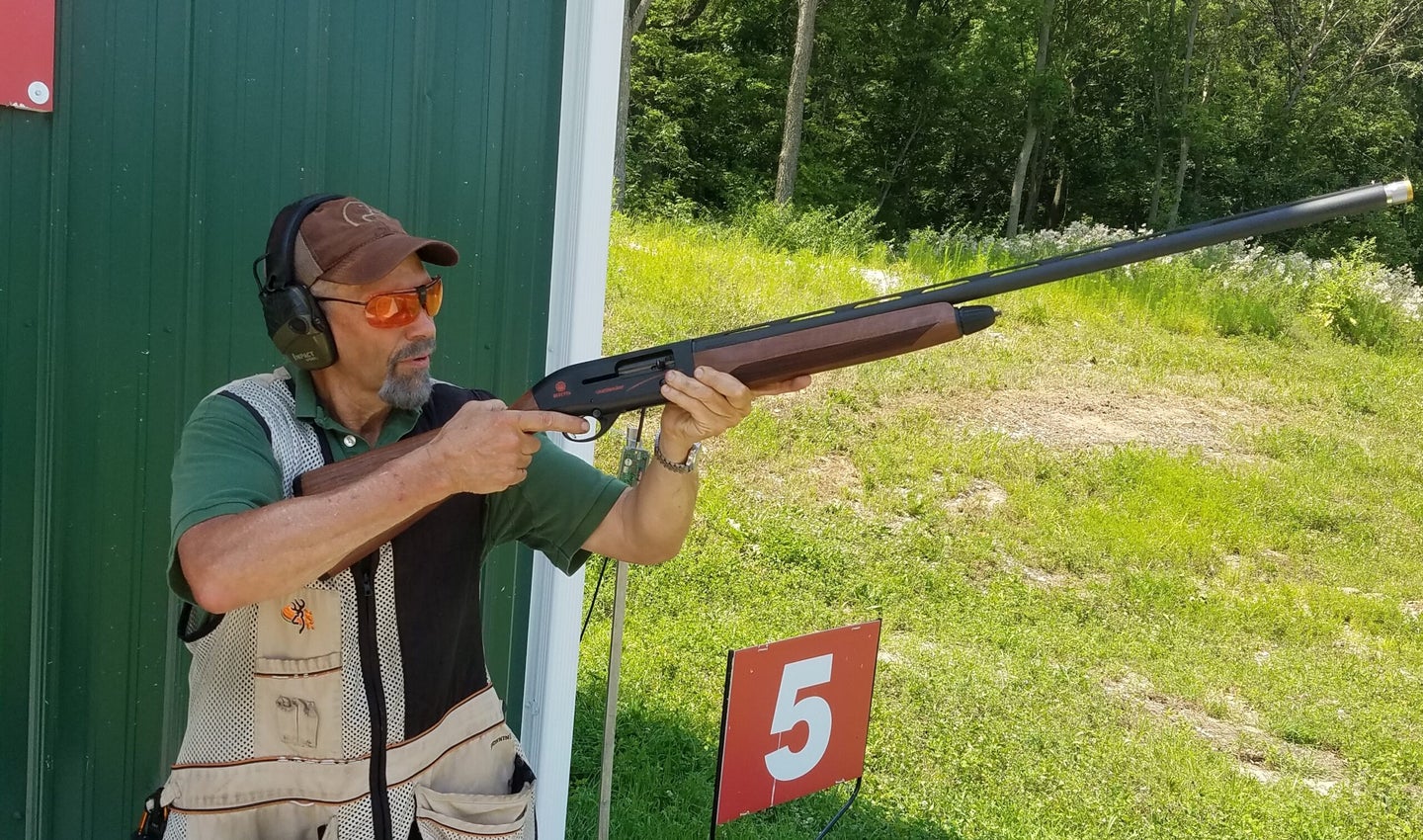 The A300 Outlander Sporting is a good deal at around $1,100. Beretta
SHARE

One shotgun can do it all, if you choose it wisely. A target gun can double as your hunting gun, or vice versa, as long as you understand the differences between the two types, and as long as you know how to find a gun that can cross over from feathers to clays. In fact, if hunting is your primary interest, shooting clays with your hunting gun will give you the very best practice.

The biggest difference between hunting guns and clay guns is simple. Hunting guns are carried a lot on an outing, and shot comparatively little. Target guns are carried very little and fired a lot. Hunting guns, therefore, tend to be lighter and often shorter-barreled compared to target guns, while dedicated clay-breakers are heavier with longer barrels. Here’s everything you need to know about getting a gun that can do both, and do it well, along with my picks for the best do it all shotguns on the market today.

6 Factors to Consider in a Do It All Shotgun

The most versatile choice for hunting and target shooting is 12-gauge. The range of ammunition available allows you to load it down with extremely light-kicking shells for doves and targets, and to load it up for waterfowl and turkeys.

A 20-gauge makes a good pick if you want a lighter, trimmer gun than a 12. Twenties are fine for upland hunting, skeet, sporting clays, and even turkey hunting with the right ammo, but they are not the equal of a 12 for trap shooting and waterfowl hunting.

Recommendation: Go with a 12-gauge gun unless you plan to do a great deal of upland hunting and you’d prefer the lighter weight of a 20.

Target shooting is limited to 2¾-inch shells only. Three-inch loads provide extra punch for longer shots at turkeys, waterfowl, and (in a 20 gauge) upland birds. Many target guns have 2¾-inch chambers. Most hunting guns have 3-inch chambers that let you shoot 2¾- and 3-inch shells interchangeably.

The 3½-inch 12-gauge offers the heaviest available shot charges, but 3-inch, 12-gauge shells are more than enough for all but extremely long shots at waterfowl and turkeys.

Recommendation: A 3-inch chamber adds versatility. If you choose a 20 and plan to hunt waterfowl and turkeys, it should definitely have a 3-inch chamber. Some 3½-inch 12-gauge semiautos don’t cycle light target loads well, and the big shells are rarely, if ever, necessary.

O/Us and semiatuos are the most popular target guns by far. O/Us have the advantage of two chokes and unmatched reliability. It’s easy to catch their empty hulls, which is convenient if you reload. Semiautos hold a third (and fourth and fifth) shell, which has no utility in target shooting but can comes in handy when you’re hunting. Gas-operated semiautos reduce felt recoil noticeably, which is a valuable feature in a target gun.

Recommendation: An O/U is fine, but the extra firepower of semiautos, and the reduced recoil of gas guns, make them the more versatile pick, especially if you will be hunting waterfowl.

Barrel length has only minimal effect on shotgun ballistics. It does affect a gun’s weight and balance.  Target guns have longer barrels than hunting guns to help shooters swing smoothly. Fortunately, we’re only talking about a difference of a couple of inches. Twenty-eight-inch barrels are common on hunting guns and found on some target guns, while 30- and 32-inch barrels are popular among target shooters. Moreover, I think 30-inch barrels are great for doves and waterfowl. Choose longer barrels if your emphasis will be on targets, shorter barrels if you plan to spend more time shooting birds than clays.

Recommendation: Go with 30-inch barrels unless you plan to do lots of upland or turkey hunting. If you’ll hunt more than you shoot, you might prefer 28-inch barrels.

Again, hunting guns are lighter, target guns are heavier. Heavy guns with a slightly muzzle-heavy balance are easier to shoot at targets, and at any bird that requires a smooth swing, and there’s the advantage of reduced recoil when you add weight. Many 12-gauge target guns weigh 8 or more pounds.

Recommendation: If you pick an O/U, it should be on the heavy side, say, 8 or more pounds for a 12-gauge, 7 plus for a 20.  The recoil reduction of a gas gun allows you to shoot a lighter gun without paying the price in added kick, which makes it a more versatile crossover gun.

A shotgun’s point of impact is expressed as a ratio, like 50-50 or 60-40, which describes where the center of the pattern strikes relative to your point of aim. Both stock fit and a gun’s rib affect its POI.  For almost all field shooting and for skeet and sporting clays, a gun that shoots 50-50 or slightly higher works best. Many trapshooters, however, like guns that shoot 70-30 or higher.

Recommendation: It is much easier to shoot trap with a flatter-shooting gun than it is to hunt and shoot skeet and sporting clays with a high shooting trap gun. Pick a gun that shoots 50-50 or 60-40 and you can still do well at singles trap. If you plan to do a lot of trap, you’ll do best with a dedicated trap gun.

With those criteria in mind, here are five guns that can go from gun club to the field, including three gas semiautos, one inertia semi, and an O/U.

The A300 is a slightly modified version of one of the greatest target semiautos ever, the Beretta 391. This one offers the recoil reduction of a gas gun paired with famous reliability. It comes in both standard and a short-stocked reduced-length version; both have 3-inch, 12-gauge chambers and 30-inch barrels. The A300 Sporting is a lot of gun for the money.

Featuring a 3-inch chamber and a 28-inch barrel, the Mossberg 930 Sporting is a 12-gauge target gun that can easily cross over into the field. It comes with plenty of target-gun extras like extended choke tubes, interchangeable fiber-optic beads, and a Cerakoted receiver and boron-nitride coated internal parts for improved function and cleaning.

A real hybrid, the Cordoba is a field gun designed for high-volume dove shooting, and it incorporates target-gun features like extended choke tubes and barrel porting to cut muzzle jump. The ETHOS is a lightweight, intertia gun, so it will carry easily and shoot very reliably, but it will recoil a little harder than a heavier gas gun. A vibration-reducing synthetic stock helps, and Benelli’s new BE.S.T. metal coating protects against rust and abrasion. It comes in 12, 20 and 28 gauge, all with 3-inch chambers.

Browning’s flagship gas semiauto gets a makeover for 2021, as the Maxus II, adding features like a soft comb to reduce felt recoil. The 12-gauge Sporting model comes with a 3-inch chambered, 30-inch barrel and extended chokes. It has a tough synthetic stock, nickel-teflon coated parts, and hydro-dipped metal parts so it can survive any weather. It also features enlarged bolt handle and release button that are popular among hunters, especially waterfowlers.

Browning’s venerable Citori O/U comes in a pair of hybrid guns that combine hunting and target-shooting features. Both offer the choice of 3-inch chambers in 28-, 30- and 32-inch barrel lengths. The CX model has a high, ventilated rib and a slightly high, 60-40 point of impact, and is intended for trap, skeet, sporting clays, and hunting. The low-rib CXS comes in both 12- and 20-gauge versions and has a flat point of impact best suited to skeet, sporting clays, and hunting.