One generalization you can safely make about hillbillies is that they are well-armed. Here are the six guns—from a traditional muzzleloader to an AR-15—that every hillbilly should own 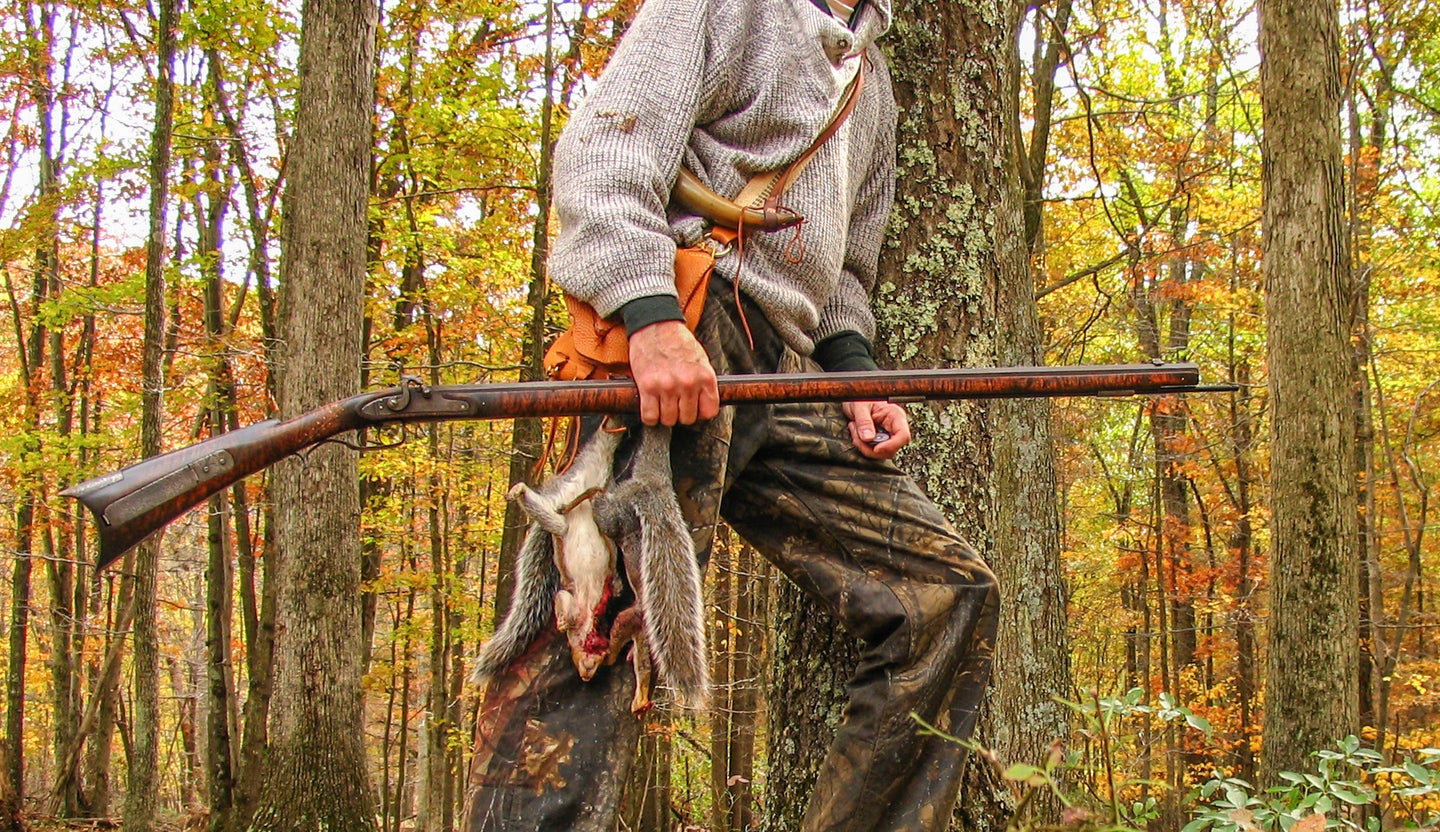 Every mountain-dwelling man deserving of being called a hillbilly, will have a traditionally-styled muzzleloader and know how to use it. Richard Mann
SHARE

Despite the shoeless-yokel stereotype, hillbillies are mostly independent-minded and self-reliant people with an aversion to postmodernism and Big Brother. Paraphrasing Sturgill Simpson from his song, “The Ballad of Dood and Jaunita,” they’ll leave the varnish off their words and fear no beast or man and are harder than the nails that hammered Jesus’ hands. Hillbillies are indelibly linked to West Virginia, but their range extends beyond. Originally Scots Irish and German settlers pushed to the hill country because they were the only ones tough to live there, modern hillbillies can be found anywhere, except in the cities. If a hillbilly is in the city, he’s most likely at the bank or in the jail. One thing’s for sure, real hillbillies are always well-armed. Here’s a look at six guns you can expect hillbillies to have close at hand.

No, it’s not because they cannot afford a real rifle. And it’s not because a prior felony prevents them from being armed with a modern centerfire. Hillbillies have a traditional muzzleloader because it was passed down from grandpa or built by their neighbor, and because they know when the world turns upside down, it is the one gun they’ll always be able to count on. It could be a Hawken, a Kentucky, or the East Tennessee rifle shown above, hand-rifled and hand-built by West Virginian Johnny Walker who now hails from Kodiak, Alaska. When a real hillbilly pulls out a long rifle, don’t doubt him. You can bet his freezer is full, and you’ll have to run fast and far to get out of range.

Living off the land requires special tools, like and axe, a shovel, a mule, and a plow. Chainsaws have replaced axes, and tractors and ATVs have replaced the mule, but for real hillbillies nothing has replaced the shotgun. Hillbillies will have a shotgun behind the door to deal with revenuers, traveling salesmen, carrot munching groundhogs, and chicken stealing foxes. It’ll be used to put squirrels in the pot and turkeys in the oven. If pressed, a shotgun with a punkin-ball will put down a deer or a bear. But don’t expect to see new-age wonder scatterguns; a Remington 870 or Winchester Model 12 is all the shotgun any real hillbilly needs.

Yeah, lever-guns won the West, but in the hands of men like Devil Anse Hatfield, they dealt whatever trouble arose in the East. Hillbillies will snort at whitetail hunters who head up the ridge with the latest sniper-like bolt rifle; they know shots are generally close and often at a snap, which is where the lever gun shines. Winchester 94s and Marlin 336s and 1895s are the norm, but on occasion you’ll see something special. Something like a take-down lever-gun in the photo here, outfitted with a scout scope and XS Sights built by hillbilly gunsmith Jerry Dove at Dove’s Custom Guns. A hillbilly without a lever-gun is like a hound with short ears: he ain’t no hillbilly at all.

A pistol generally describes a semi-automatic handgun, but to a hillbilly all handguns are pistols. And for mountain folk, revolvers are probably the most common pistol you’ll find tucked in their waistband or under their pillow. Reliability is one reason hillbillies prefer the revolver, but versatility is part of it too. A .357 Magnum will fire .38 Special ammo and a .44 Magnum will shoot .44 Specials. Both will work for dispatching bad guys or marauding bears, but so too will Ruger’s Single Seven in .327 Federal Magnum, especially the 4-5/8-inch barreled version from Lipsey’s with XS Sights. And it’ll also fire .32 H&R Mangum, .32 Long, .32 Short, and .32 Auto ammunition. It’s like this pistol was engineered by a hillbilly.

Not only will every serious shooter, hunter, and competitor have a .22 rifle, every hillbilly will have a serious .22 rifle capable of head-shooting a squirrel at 75 yards. It’s the rifle he uses to teach his kids to shoot, to drop raccoons out to his hounds, kill rats at the dump, pop crows off the power line, and to kill snakes, muskrats, weasels, and well, damn near everything else to include that pig or steer that needs butchering. You’ll see all sorts of .22s in the hands of hillbillies; everything from a Remington Nylon 66 to a Marlin 39A. But for West Virginia hillbillies—mountain folk—the ultimate .22 is one of the lightweight wonder rifles from Melvin Forbes of New Ultra Light Arms; they’ll shoot through the hole in a Life Saver at 50 yards.

Don’t think hillbillies are less than savvy when it comes to firearms. Their proclivity to muzzleloaders, lever-guns, and revolvers does not mean they’re behind the times. They just know what a good gun is, and they know how to use it. However, they also realize it is every patriot’s duty to be well armed in case of homeland defense, and they understand they’re also responsible for their own safety. A hillbilly might have a muzzleloader in his hands during deer season, but you can bet there’s an AR in the pickup or at home. And don’t be surprised if it’s one off the top shelf, like a Wilson Combat protector Carbine in 300 HAMR with a suppressor. Hillbillies know how to make noise when partying, but they also know when to be quiet.