More than a century later, this shooting regimen is still applicable to modern-day hunters 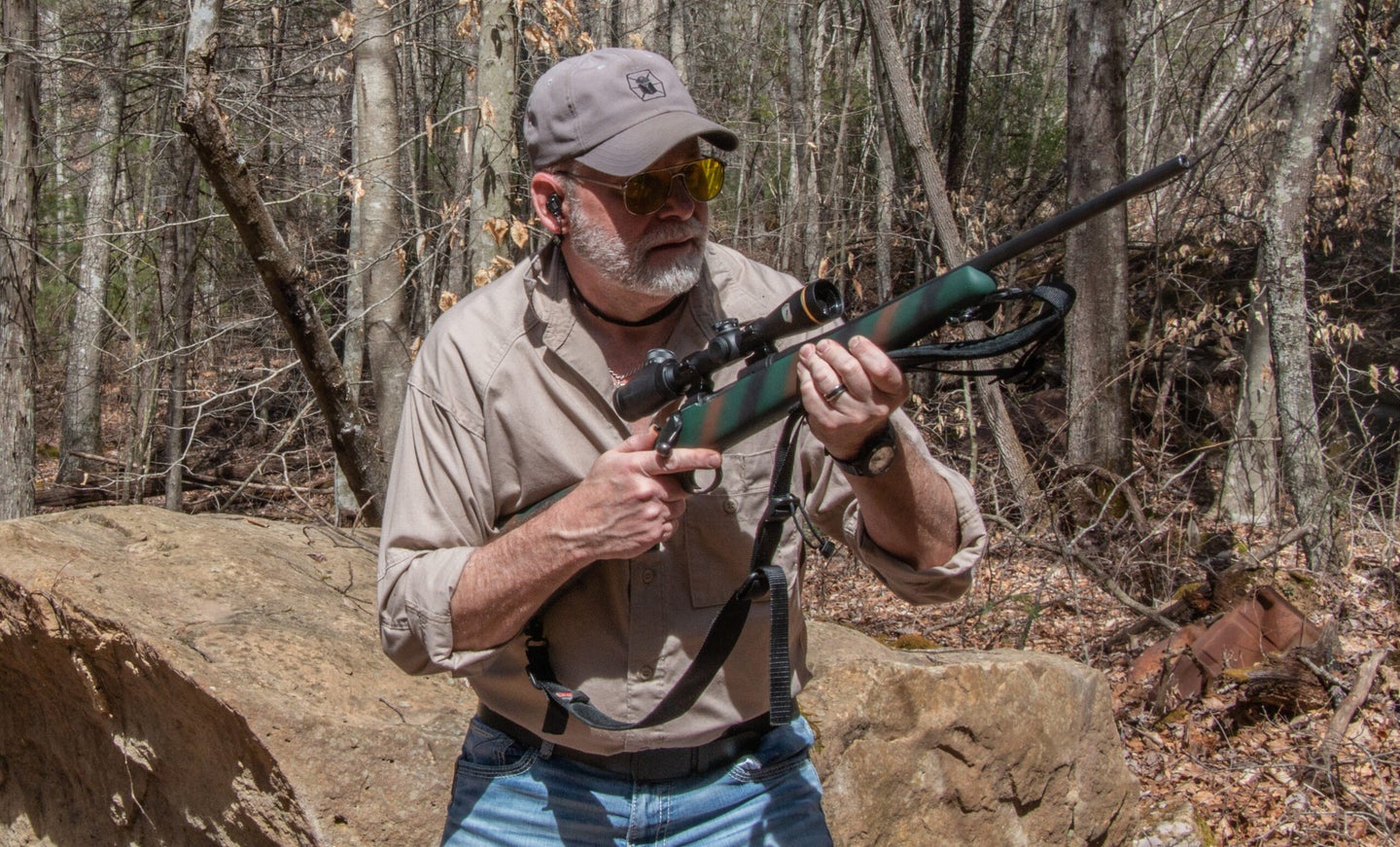 The author with his rifle at the high-ready about to start the Stewart Edward White drill. Richard Mann
SHARE

This is the first installment in a series of shooting drills designed to improve your accuracy at the range—and in the field. For additional shooting instruction, check out the following stories: The General Purpose Rifle Drill and The Slow and Fast Drill.

Hunters are infatuated with little groups and often influenced by gun writers who spend too much time at the shooting bench. Rare is the occasion when they shoot from their hind legs like they might actually have to in the field. Marksmanship is much more than sight alignment and trigger control. It’s that, plus the ability to handle your rifle quickly under stress. Training to do this is more of a lost art than some new notion and for guidance we can look to the old masters.

Jeff Cooper, Gunsite Academy founder and author of The Art of the Rifle, felt Stewart Edward White was a certified master of the art of the rifle. He based this on the fact that gun writer E.C. Crossman reported that White could, “…keep all his shots in a four-inch ring at one hundred steps under all conditions of light, speed, and position. Calm or out of breath, lying down or standing up, in a slow fire or in a hurry, White’s shot always landed within two inches of his exact point of aim.”

Stewart Edward White was a writer, novelist, and outdoorsman, and in 1915 published a book, The Rediscovered Country, which chronicled his and R.J. Cunningham’s adventures into German East Africa in 1910-1911. In Townsend Whelen’s 1918 book, The American Rifle, he details a training regimen of White’s that even though it is more than 100 years old is applicable to hunters today. For the training, Whelen specified a military A-type (Able) target which is no longer used. Over the years the dimensions of this target have varied but in 1918, the target had 8-inch, 26-inch, and 46-inch scoring rings.

The object of the drill is to develop quick accurate fire; the kind of shooting which will give the best results when hunting. Place the target at 100 yards. You’ll have to make your own, and you can leave off the 46-inch ring because if you can’t keep your shots inside a 26-inch circle at that distance, you need a different kind of training. Count hits outside the 26-inch ring as 0.

The shooter starts standing with the rifle at the high ready. A shot timer is used, and on the start signal the shooter fires a single shot as precise and fast as possible. This process is repeated four times. After the five shots, total all the times, and use the table below, comparing your total time to the scoring ring value for each hit. For example, if your total time was 18 seconds and you had 2 hits in the 8-inch ring and 3 hits in the 26-inch ring, your score would be 7+7+4+4+4 (26). A perfect score would be five hits in the 8-inch ring in 10 seconds or less, for a best possible of 75. Few if any are capable of that and a more practical good score would be 50.

Of course, hitting a 46 or even a 26-inch circle at 100 yards has no realistic value for hunting, unless maybe you’re after dinosaurs. However, we can easily adapt this concept to whitetail deer hunting. Cut a life size deer silhouette out of carboard and draw 5-, 10-, and 15-inch circles over the kill zone. Place the target at 50 yards but position it so the scoring rings face away from the shooter. Then, conduct the five-shot deer hunter drill just as detailed for the White drill, and score the target in the same manner. If you can score 50, that’s pretty damn good.

Read Next: The Best 20-gauge Slug Guns For Deer

This is a great drill for training, but it’s also something fun that can be conducted at deer camp on the evening before opening day or during mid-day when everyone is back at camp complaining about the deer they did not see or the one they missed.