Elmer Keith’s No. 5, The Greatest Custom Colt Revolver of All Time, is For Sale

Without a doubt, this famous handgun is set to command a high price at Rock Island's upcoming auction 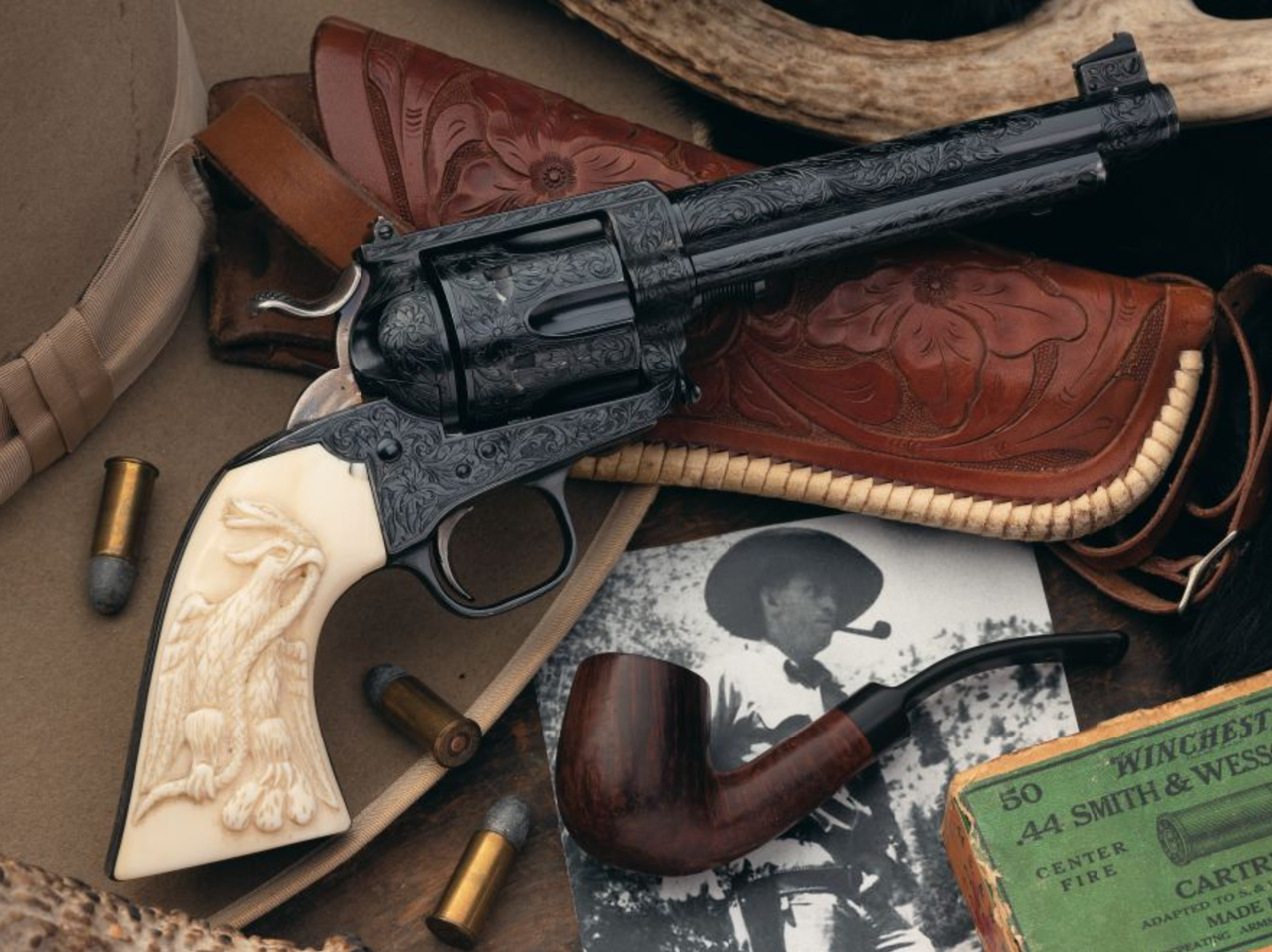 On September 11, 2021, one of, if not, the most recognizable custom revolvers of the last century will hit the block at Rock Island Auction House. The gun is none other than Elmer Keith’s No. 5—a tricked-out Colt Single Action chambered in .44 Special.

Keith was born in Missouri in 1899. He grew up in Montana and later moved to Oregon and Idaho. He was, among other things, a rancher, cowboy, hunting guide, expert shot, gunwriter, and champion of the six-gun. Keith also helped develop the powerhouse revolver cartridges of the time—the .357 Magnum, .44 Magnum, and .41 Magnum—experimenting with loads and bullet shapes until he found the perfect combinations.

Keith would write about his findings along with stories of taking game from 100 to 300 yards with a handgun. The near-impossible hits sounded like tall tales, but Keith usually had witnesses to back them up.

How Keith’s Custom Colt Revolver Came to Be

In 1927 a reader named Harold Croft had enough of Keith’s hold-my-beer revolver shots, so he wrote him a letter. What would have likely devolved into a Twitter fight today turned into a correspondence between Keith and Croft, eventually leading Croft to visit Keith in Oregon to put Keith’s shooting to the test. In 1928, Croft showed up at Keith’s house with a suitcase full of revolvers. Keith picked out some that he liked and proceeded to shoot jackrabbits at 150 yards. Croft was satisfied.

Croft wasn’t just any reader; he was a skilled gunsmith who had been working on improving the Colt Single Action revolver—a gun that Keith knew well. That day, he brought four highly-customized Colts numbered one through four to show Keith. Two were built on Single Action Army (S.A.A.) frames and two on Bisley frames. With the help of two other gunsmiths, Croft had modified the guns to be lightweight carry revolvers. Each gun had an improved mainspring, altered sights, and cut-down, hollowed-out parts to reduce weight. Keith liked the Colts and wrote about them, but he wanted to make some changes.

Over the next year, he took the best of Croft’s modifications and distilled them into one pistol, the No. 5. In April 1929, he wrote about the gun in American Rifleman in an article titled The Last Word.

Kieth found the lightweight nature of Croft’s revolvers to be the least interesting. He felt that they would make good pocket guns, but that wasn’t something he cared about. Instead, he wanted a “heavy, all-around 6-gun” that he could use for hunting, target shooting, and to push the limits of conventional revolver ammunition.

But he was impressed by the grip on Croft’s No. 3, which incorporated a Bisley backstrap. The backstrap had been bent and welded to fit a S.A.A. trigger guard and front strap. Keith took this grip design for the No. 5 and had a frame made up in the flat-top style. The gun was then fitted with custom sights that were easier to adjust for experimental loads. Before that, Keith had used various homemade sights and even bent standard sight blades with a hammer to change for windage.

Keith wanted a small cylinder gap to give bullets an almost seamless transition from chamber to barrel. He also had the cylinder pin strengthened with a catch to lock it in place. Keith felt that firing heavy loads caused the cylinder pin on a standard Colt to drift out. With the catch installed, Keith said that “no amount of firing can loosen the pin.”

Keith also liked Croft’s 3.5-pound trigger, finding it to be “the finest imaginable” in any Colt. He had the trigger on the No. 5 set back closer to the frame, and the blade of the trigger widened. That way, when he depressed the trigger, his finger wouldn’t impart unnecessary pressure and push the gun sideways. Keith also requested that a stronger mainspring be installed so that the hammer would hit faster. The hammer itself was bent in the Bisley style and highly modified to fit the new frame.

Instead of .45 Colt, Keith chambered the No. 5 in .44 Special because .44 reloading tools and bore diameters were more consistent. Colts chambered for the .44 Special also have thicker cylinder walls and a barrel that will take higher pressures than a .45—making it ideal for Keith’s souped-up reloads. Keith even developed a long 255-grain semi-wadcutter bullet for even greater accuracy.

When all was said and done, Keith felt he had succeeded. In The Last Word, he wrote, “To my notion, this is the finest and best Colt in existence,” adding, “For general excellence of grip, balance, sights, trigger, and hammer, I do not think this gun can be improved upon.” Over the years, Keith used his No. 5 so much that it had to be re-blued three times. He carried it daily and used it to work up loads that would eventually become the .44 Magnum.

If you’d like to learn more about the No. 5 or place a bid on the gun, check out lot number 1270 in Rock Island Auctions Premier Firearms Auction #83.