A Christmas Story: The Lesson of the Shattered Nipple 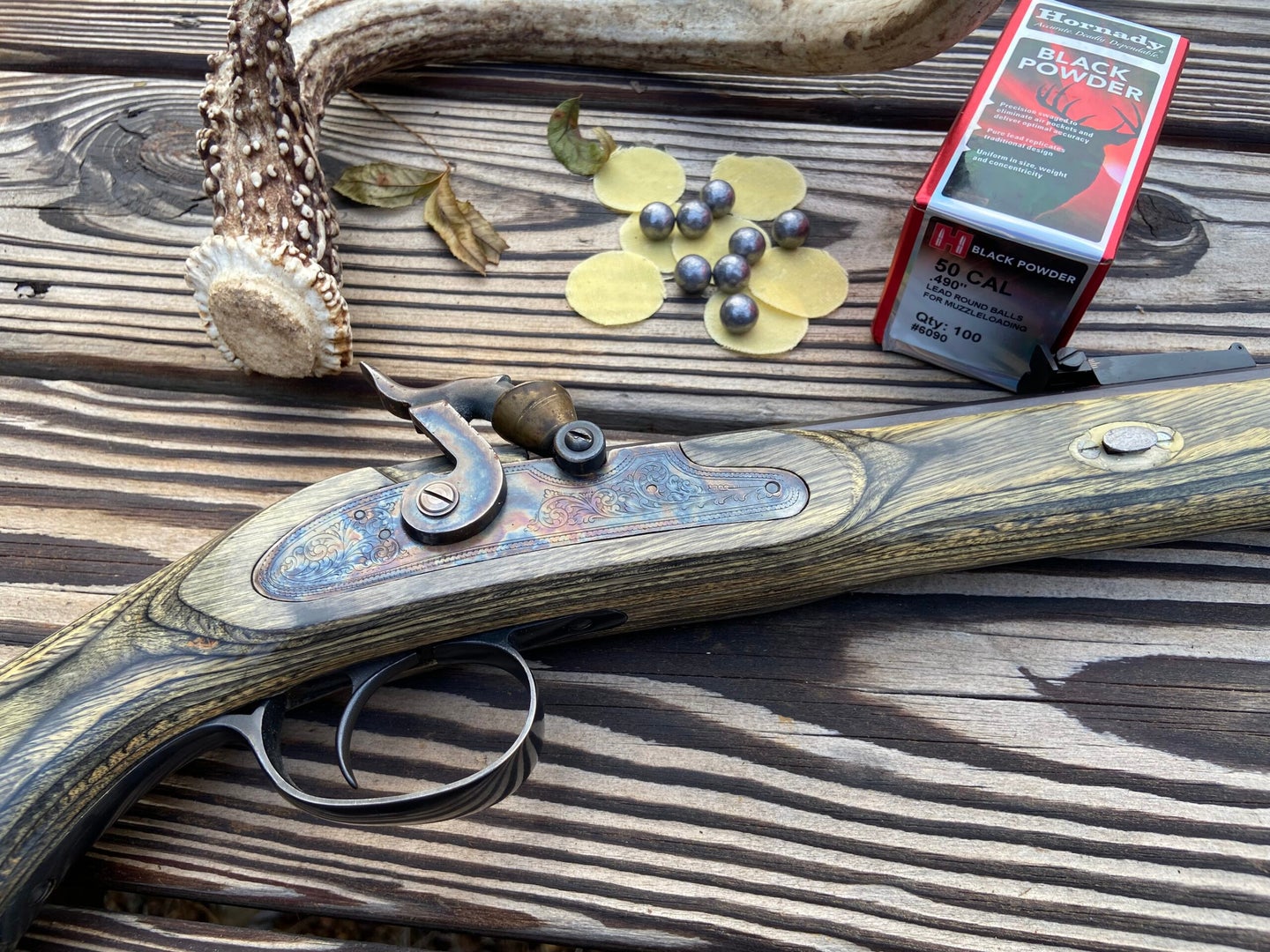 The author killed his first deer with the .50-caliber muzzleloader he was given for Christmas when he was 9. Will Brantley
SHARE

The box under the tree was wrapped in colorful paper and shaped in such a long and slender way that inside, there could’ve only been a boat paddle or a rifle. It was 1991, I was 9 years old, and one heft of the box told me it was too heavy to be a paddle. But instead of the .22 I was expecting, I unwrapped a sidelock .50-caliber muzzleloader. “I wanted to get you something you could deer hunt with,” Dad said. “And I thought you might learn something with a gun like this, too.”

Dad was a hunter and had a cabinet full of guns, including .22s and 20-gauges that he was already letting me use in the squirrel woods. But I’d never been deer hunting and moreover, had never so much as touched Dad’s muzzleloader, a .50-caliber Thompson-Center Hawken replica. I remember when inline guns, sabots, and pelletized powder took over muzzleloader seasons, but this was before that. In those days, black-powder hunters used percussion guns with open sights, loose black powder, and patched round balls. It was a specialized, 50-yard sport, and Dad particularly enjoyed the process of it all.

“Every deer I’ve ever hit with a black powder fell dead on the spot,” he said. “A .50-caliber rifle is a lot of gun, but we’ll start with light charges so it won’t kick the shit out of you.”

The gun broke on the first shot. We measured out a 60-grain powder charge, loaded a round ball, and I fired it at a board that we’d leaned against a tree maybe 15 yards away. I missed it clean, shaking like I was. Dad pulled the gun’s hammer back to half-cock, to flick away the spent cap. That’s when we noticed the problem. In all the black-powder shooting Dad had done previously, and in the thousands of rounds of it that I’ve done since, I’ve never seen anything like it. The nipple, on which the percussion cap is placed to ignite the powder charge in the breech below, broke as if it were a shattered piece of glass. It was maybe a $3 part that could be replaced in 20 seconds, but it was absolutely required for the gun to work. And on Christmas morning, we had no replacement.

Despite the man-size gift, I was crying a child’s tears. Dad hustled inside, grabbed his “possibles” bag from the hunting closet, and removed the nipple from his own Hawken with a special wrench. “See, it’s an easy thing to fix,” he said, confident he’d found the solution to save his boy’s Christmas. But the threads on the two guns were different. We had to clean my new muzzleloader, rendered to the usefulness of a heavy, sinking boat paddle, and put it in the cabinet on Christmas morning after just one shot.

A small box with a dozen replacement nipples—some for my gun, some for Dad’s Hawken—soon arrived in the mail. I killed my first deer with that muzzleloader the next fall, and I hunted with it for the next decade before finally retiring it in favor of a scoped inline. It’s always been kept clean, and it still shoots straight. Right now, it’s in the safe at Dad’s house, sitting next to his old Hawken.

Dad hoped I’d learn from that muzzleloader, and I guess I have. These days I’m not a guy who overpacks ahead of a hunt. But I do keep an extra rifle and ammo in the truck. Another duck call in my blind bag. An extra release aid in my bowhunting pack. Two knives. Two flashlights. A copy of my license. I back up the stuff I must have to finish a hunt. Sometimes, on Christmas morning, your nipple will shatter, and without a replacement handy, you’re up Shit Creek. But at least you’ll have a paddle.